Spring has sprung on this first day of spring (Sunday, March 20) and my daffodils would have bloomed yesterday if the sun stayed out, however it started snowing which shut them down. The crocus usually come out first, but they have only popped out of the ground and the daffodils have flower buds ready to pop. Coming home from Utica on Friday (March 18) with temperatures in the fifties (and even sixty) I kept mentioning there are more Robins along the shoulder of the road. My wife, Karen, said, “I hear you, yes, there are lots of Robins.”

My neighbor Eric Sutherland’s sugarhouse [Maple Moss Sugarworks] has been cooking 24/7 this last week with lots of guests visiting his operation. He is into it big time and I’m learning more every day about his operation. With each day freezing at night and thawing during the day this next week he should be making maple syrup every day. He loves to show people his operation and he will be glad to sell you some of his products.

The snowmobiling and cross-country skiing is done for this year and the thunderstorms that rolled through here last Saturday sure put an end to that season. I was out on Ferd’s Bog checking traps as beavers have flooded the boardwalk and the bog. I saw and heard it coming as I was snowshoeing across the bog mat and told myself if I don’t make it to the truck, I’m going to get wet. While out there I had a pair of Gray Jays visit me and saw where the Black-Backed Woodpecker was making a nest hole. The White-Winged Crossbills were singing all around the bog, so they must be nesting now with these males singing on territory.

I jogged up the hill out of the bog about as fast as my legs would take me as the booming got closer. I just got in the truck, and the skies opened up. I would have gotten more than wet in that
deluge. We must have gotten an inch in about ten minutes, and you could just barely see to drive with the way it was coming down. This is not good news for these early-nesting Crossbills which may have lost their nests in the storm.

I got an e-mail from Laurie Rankin announcing there will be tower steward orientation and training on June 4 for the Stillwater Tower held in the Boat Launch parking lot at Stillwater. If anyone is interested, they are more than welcome to meet there if they can only do a weekend or two during the summer meeting and greeting people up at the tower.

Ukraine is still on my mind and when I wrote about it last time some folks commented that if I didn’t like it here in the North Country I should leave. Well, I’m not leaving so comment all you want or write your own column as we do have freedom of speech. Not like we live in Russia where if you protest, they throw you in jail. Putin’s army found out they could not beat the Ukrainians on the ground, so now his army and navy are going to bomb and rocket the civilian population, food and water sources and power from afar. Over three million civilians have fled the country trying to save their children and many of the elderly left as well. Putin puts some of our TV reporters and some of our legislators on his TV showing that what he is doing is okay, well it’s not. Prayers and arms for the Ukrainian people to defeat this Russian aggressor. 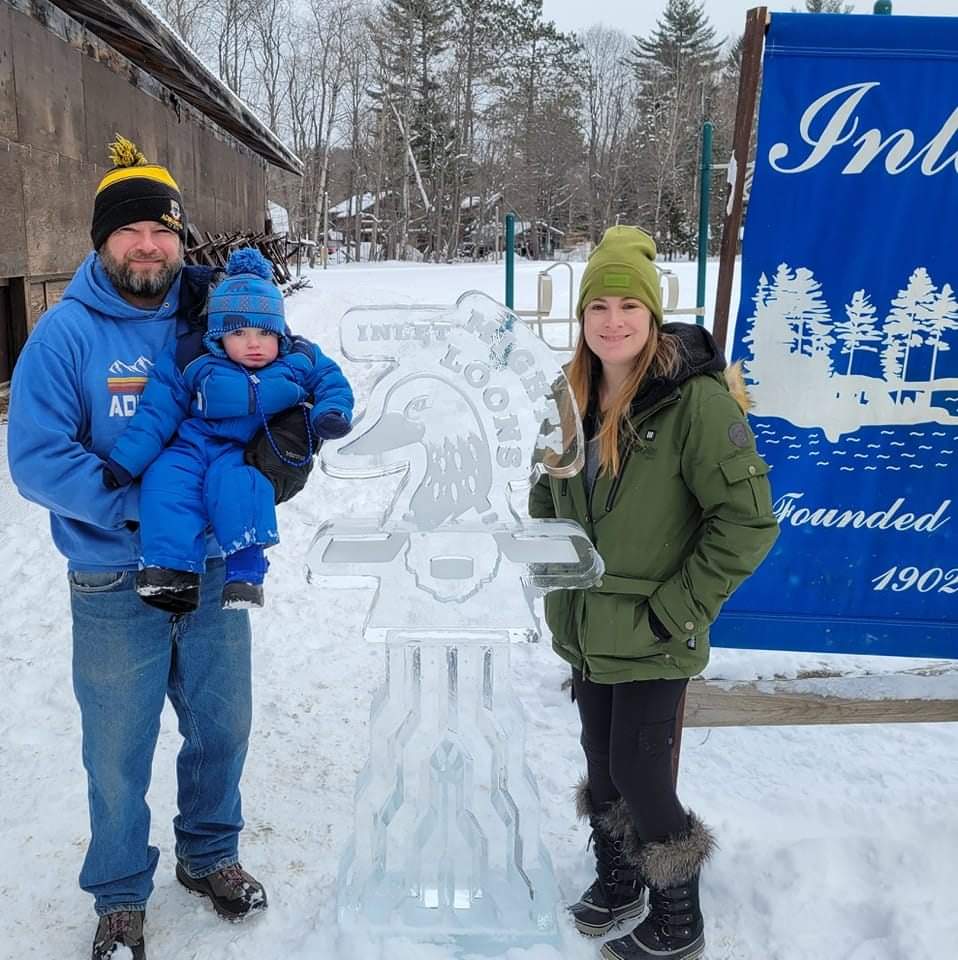 On a local note, the Inlet Mighty Loons hockey team has been building all winter. Speaking with coach Bret Thompson, at their last practice I learned much about the hockey program. Steve Schanely tried to get this going two years ago, but with Covid that didn’t happen. This year they had over fifty kids sign up before the season started then they had to wait for ice. Once they had ice, they practiced three nights a week from 6 to 8 pm and many kids had to just learn how to skate. During the first hour there were also figure skaters on the ice being taught by Carolina Perez-Gabler and Mary Kate Russell.

Bret had three assistants helping him including Steve Schanely, Seth Knoeller, and Kate Orr with about 25 to 30 skaters at each practice. To end their season, they were asked to do a scrimmage during a break in the Utica Comets game in Utica [on Friday, March 11]. They had ten girls and nineteen boys suit up for this event where they got royal treatment. This was a great event for these kids, some who had never even skated before this program started.

Their program has gotten so much local support for equipment, uniforms, and raffle items to raise money to continue the program. Bret has gotten offers from some of his former teammates from all over the country for equipment when they found out about this program. The program drew kids from all around the area, but what they need of course is ice.

With global warming, it wasn’t until late December before they had ice and that was iffy a few times during the winter. They are talking about a frozen rink, which isn’t out of the question. If all the local towns got together, it could happen. If we can build a ski hill making snow, and maintain miles of snowmobile trails, we can build a frozen ice rink for the kids.

With this weather, the bears will be out, but that’s another story. See ya.

Photo at top: Youth hockey team, the Inlet Mighty Loons, got to play a short scrimmage during intermission at a Utica Comets game in Utica on March 11. Submitted photo.

Gary lives with his wife, Karen, at Eight Acre Wood in Inlet where he was the Forest Ranger for 35 years, working in the Moose River Wild Forest Recreation Area and West Canada Lakes Wilderness Area. Now retired, Gary works summers for the Adirondack Center for Loon Conservation, observing, catching and banding loons. The author of a column Daybreak to Twilight in local papers from 1986 to 2019, he now writes his Outdoor Adventures a weekly blog. In 2008, Gary co-authored a book with John MC “Mike” Peterson, “Adirondack Birding- 60 Great Places to Find Birds.”

View all posts by →