Since the Paleolithic Period, hunters have been pursuing big game animals with a bow and arrow. We can see this depicted from the drawings of old. Images of hunters at full draw on animals adorn the cave walls that were once home to our ancestors. They didn’t have the luxury of guns at the time, so bows and spears were how they hunted. When guns were introduced into the mix, there was a crossover in the field with both gun hunters and archery hunters pursuing game at the same time. While that does hold its own set of harmony, a change was on the horizon. In 1934, the first bow only season was scheduled in the US Since then, bowhunters across the nation have enjoyed a separate hunting season from gun hunters. Why? Not why do they enjoy it, but why did we come up with seasons specifically for archery hunting in the first place? 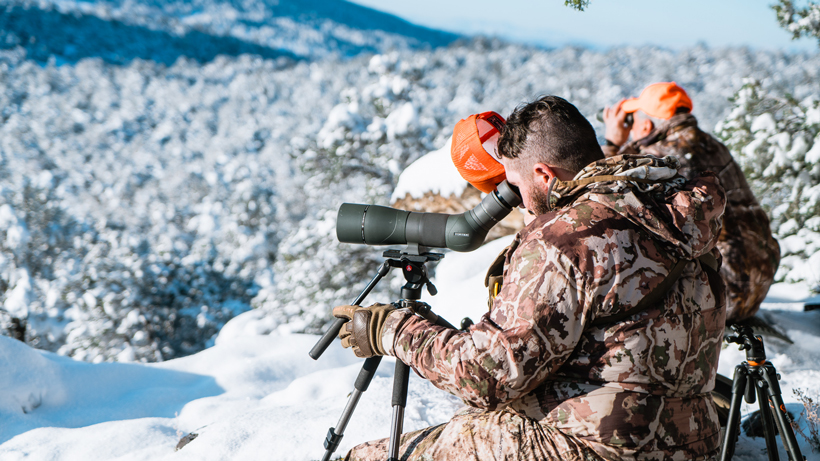 To kick things off, let’s just start by saying that we are all different and that’s completely fine. Something that I often say is that some people like working on cars and some like watching football instead. The archery and rifle chat isn’t any different. There are those who prefer to hunt with a rifle for their own set of reasons. My dad is one of those hunters. He loves his rifle. I am on the complete other end of the spectrum and long for every ounce of bowhunting that I can get. It doesn’t matter if I even get to a full draw on a hunt. The art of bowhunting captivates me – and many other hunters. Not all art appeals to all folks, though. This is 100% one of the reasons why there are specific seasons established for archery hunters. It’s a way for all parties (rifle and bow) to have a more enjoyable hunt. Everyone is happy and everyone has their own personal preferences. It’s a let’s-you-hunt-the-way-you-want-to-hunt-hunt. Pretty awesome if you ask me.

Even the playing field

Archery seasons across the nation hover at around a 10% success rates while rifle hunts sit right around 41%. Plain and simple: hunting with a bow is hard. When you’re within archery range, everything matters tenfold. The wind, what your feet are resting on, movement, etc. Being on your A game is essential for success and that’s just talking about seasons specifically for archery hunting. What about introducing rifles into the mix? If archery hunters were out in the field with rifle hunters 100% of the time, you’d have an issue. Not just with safety, which we’ll talk about later, but in terms of the success rates of archery hunters. It would probably drop drastically from the already low percentage it sits at. That isn’t an encouraging thought for new archers especially. 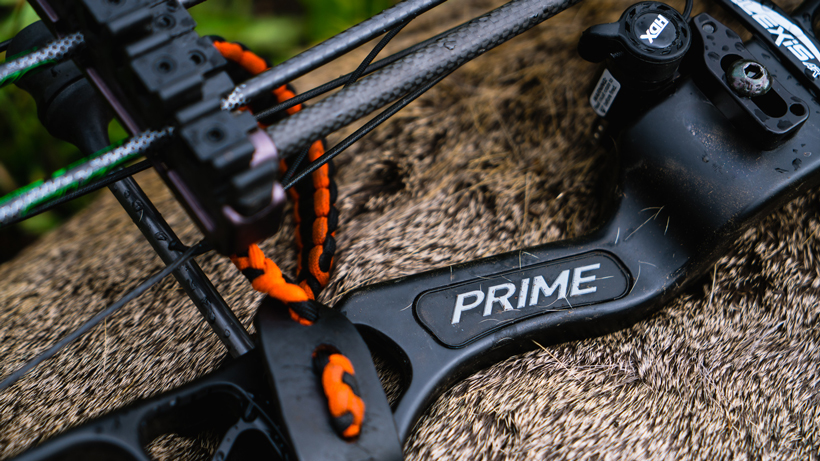 Competing with rifle hunters would have a huge damper on not only the number of archery tags filled, but also on the overall enjoyment of the hunt. All of us are seeking a good time out there. Bowhunting is tough enough on its own. For that reason, the archery seasons are usually much longer than rifle seasons. This gives bowhunters more time to hopefully fill their tags. Seasons can last up to a month for bowhunters. I think this really evens the playing field and gives the archery hunters adequate opportunity. You might also notice that archery seasons are the first ones to open up. This gives another advantage for the bowhunter. Once that first gunshot rings out through the air, it’s a known fact that animals tend to be more on edge. I’ve watched it happen in real time. 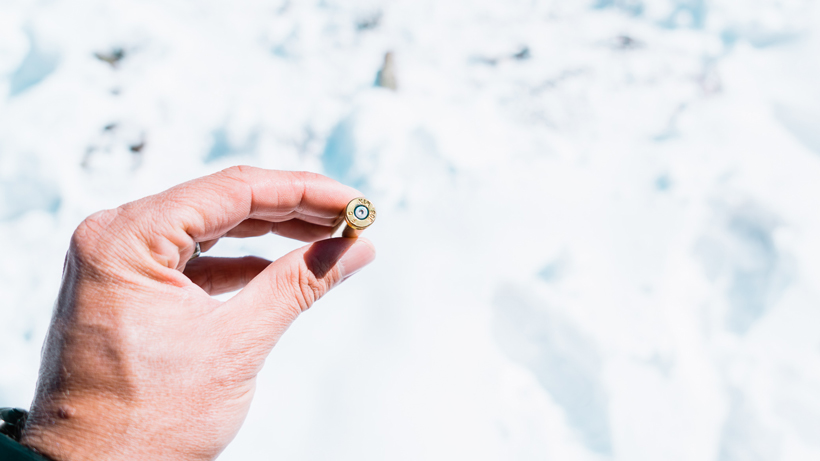 Even though hunting with a rifle is much more effective, believe it or not, archery hunting is a great management tool. In areas where hunting with a gun is prohibited, the bow is a great way to thin the herd and manage animal populations. All of this without the danger and disturbance that can come from guns. I’m mainly referring to urban areas where firing a gun is not allowed. Deer herds can get pretty thick in some of these places as they love eating in people’s gardens. Thick deer herds in urban areas pose a problem – not just for the veggies growing in your backyard, but they’re also a safety issue for drivers. The deer in the headlights look is a very real thing and they get hit all of the time. What better way than to throw a treestand up in the backyard and play the waiting game with archery tackle? I like that idea much better than snipers coming in the middle of the night or trying to give birth control to deer. In the process, you’ll put together a nice supply of venison. Grocery shopping at it’s finest.

Let’s just call a spade a spade here. There is a level of danger that comes from hunting with guns. From people getting shot in the line of sight of an animal to firearms accidentally going off and hitting someone. In the wrong hands, it can be a bad day. Archery hunting does not come without its own dangers either of course. People accidentally cutting themselves with broadheads or a carbon arrow blowing up and going through the shooter’s hand are very real things that happen. While someone cutting themselves with a broadhead is more common and can be a very dangerous situation, I wouldn’t say it’s as impactful as firearm mishaps in the field though. My wife’s cousin is a prime example of this. He was unfortunately hit with a ricochet bullet during gun season, which resulted in him becoming a quadriplegic. Anything can happen hunting with either weapon, but gun mishaps are no doubt on the very severe side.

Putting the two together can cause complications. Bowhunting is all about getting close. It’s about putting yourself in the very world where your quarry lives. Staying hidden is key here to not being detected. This can be an issue if there are hunters walking around with rifles at the same time. Archery hunters are not known for wearing orange (note that some states require it when bowhunting during a firearms season). Instead, we wear face paint, ghillie suits and camo from head to toe. All of this makes it hard for not only animals to pick us out, but also rifle hunters. I’ve heard accounts of bowhunters getting hit with bullets during general seasons where rifles are allowed in the field as well as bows. If you’re trying to get close with a bow and there is someone up above on a distant ridge with a high powered rifle pursuing the same animal you are, that could be a potential problem and could lead to disaster. This is why it’s a great idea to wear orange if you’re bowhunting during a general season when there are rifles out even if that state doesn’t require it. Archery specific seasons or not, there will still be folks that take to the field with their bows during general season. However, archery specific seasons mitigates them crossing paths nearly as much, instead of what would happen if all seasons were general ones. 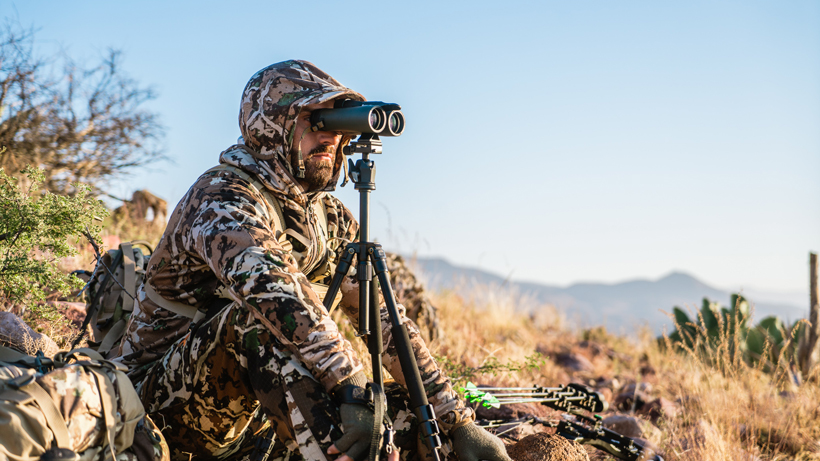 The reasons listed above for archery specific seasons are not meant to divide us in the least bit and neither are the seasons themselves. It’s about opportunity on all ends and trying to ensure that you keep coming back for more adventure and more hunting. Bowhunters and rifle hunters can live in harmony under the same roof, but use different methods of taking. We are one community that appreciates the outdoors and what it provides us. While we may hunt differently, that doesn’t mean we aren’t out there for the same reasons. In the end, we are all hunters.