GWANGJU, Korea – USA archers are in Korea for the second stage of the 2022 Archery World Cup. It’s the nation’s first time hosting a stage in 15 years, and the team’s first appearance on the circuit since 2019. Korea’s winning record is no secret, particularly on the recurve side, and the anticipation surrounding their performance at this event has been high.

For reigning world silver medalist Casey Kaufhold, this was not a fearsome threat. Kaufhold posted a 643 to qualify 6thahead of triple Olympic Champion An San, who competes this week on her school’s grounds.

“I’m pretty happy with how it went today,” Kaufhold said. “The wind was pretty tricky, which I wasn’t expecting from the forecast, but I think I did well. I trusted my shot. I knew that not all the shots were going to go in the middle and hey, that happens. So, when a shot went out I would just forget about it and move on and shoot a strong one after it and it worked pretty well. It’s been a couple months since I’ve shot an international competition so it’s good to be back and I really love shooting world cups; it’s kind of my element and I’m really happy to be here. ”

With teammates Erin Mickelberry and Jennifer Mucino-Fernandez, the trio is 10th for the team event and all three are through the cut to individual matches along with Gabrielle Sasai, who finished today 56th. 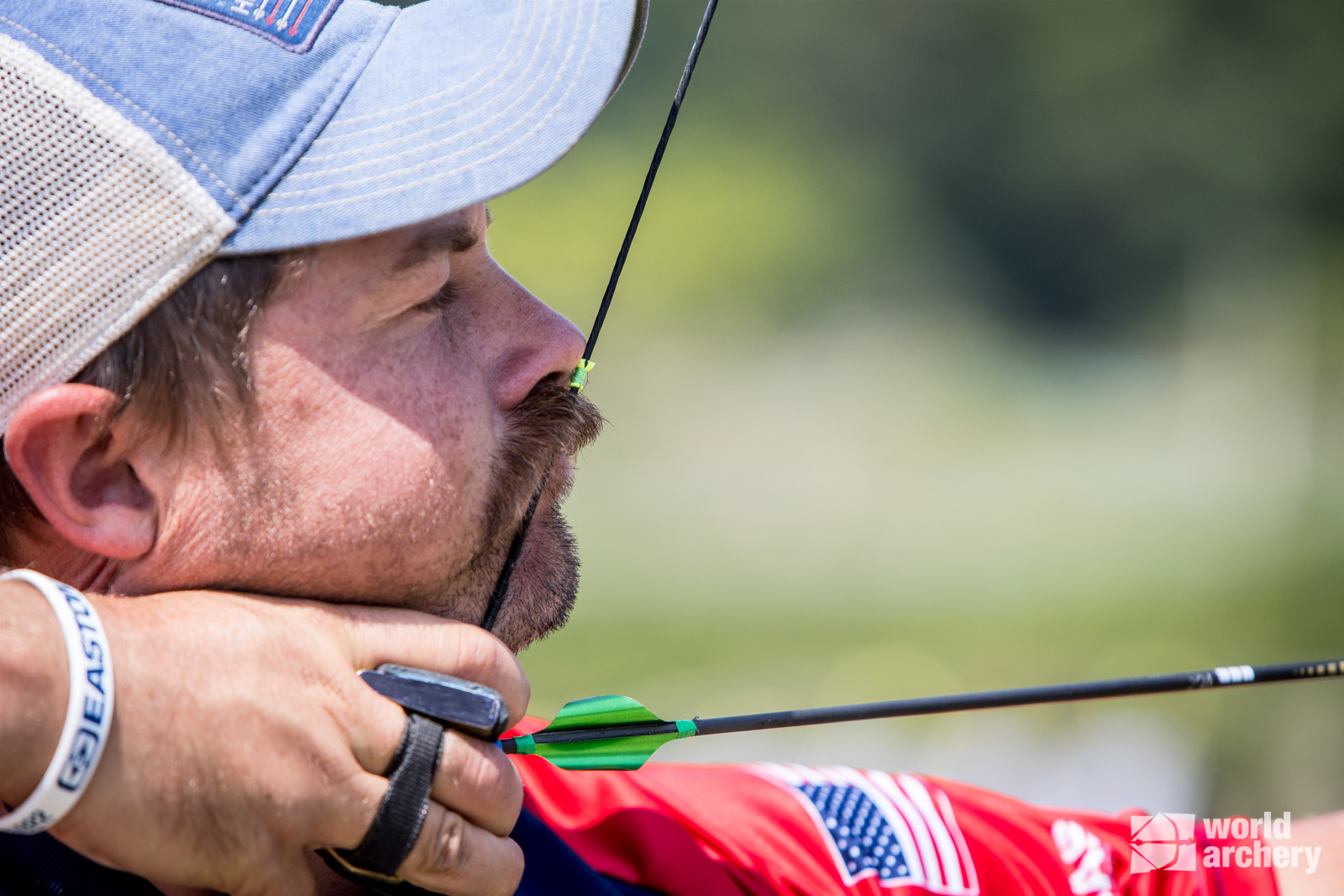 History’s only five-time World Cup Final champion on the recurve field, Brady Ellison led USA’s men’s team to an 11th place seed, ranking 17th individually. This puts Ellison in a tough set of brackets, potentially shooting against 2012 Olympic Champion Oh Jin Hyek on home soil in just the second round before a possible matchup against Kim Je Deok. If Ellison wants another crack at reigning World Champion Kim Woojin, he’ll have to make it to the medal matches.

Ellison, with deference to Korea’s winning record, is excited for the effect the local archery culture could have on the finals this weekend: “I’m looking forward to this week.

We’ll have a great crowd, hopefully, ”he commented to World Archery. “That will add to the feelings and the excitement.” 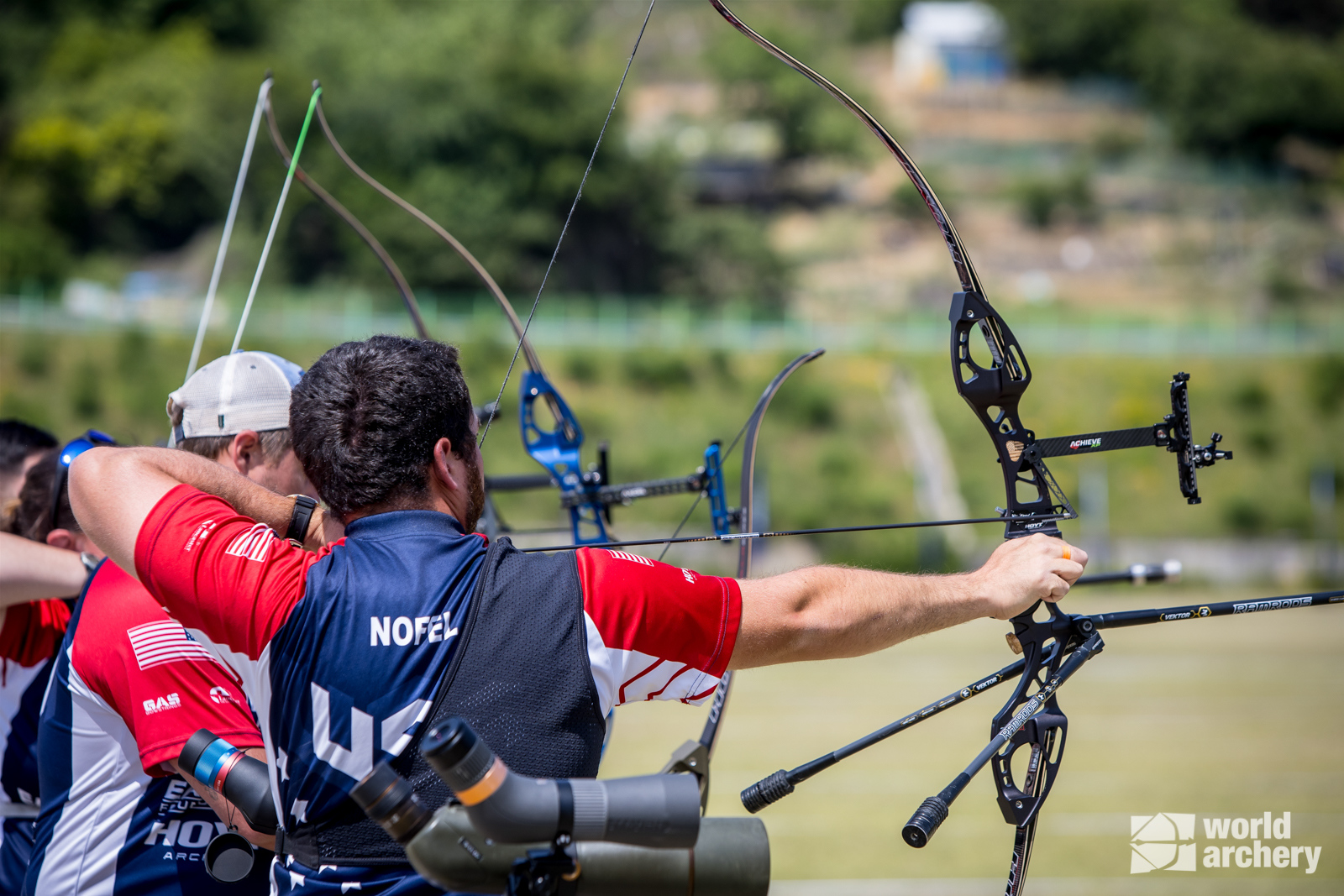 Matthew Requa qualified 38th with a 648, ahead of teammate Joonsuh Oh’s 46th place 641. Matthew Nofel is also through to matchplay, finishing qualification 61st.

Ellison and Kaufhold, are sitting 4th for the mixed team event; Ellison is fresh off a bronze finish with circuit newcomer Sasai in her debut event in Antalya last month and with the way he and Kaufhold perform as a duo, a repeat run at the podium could certainly be in sight. 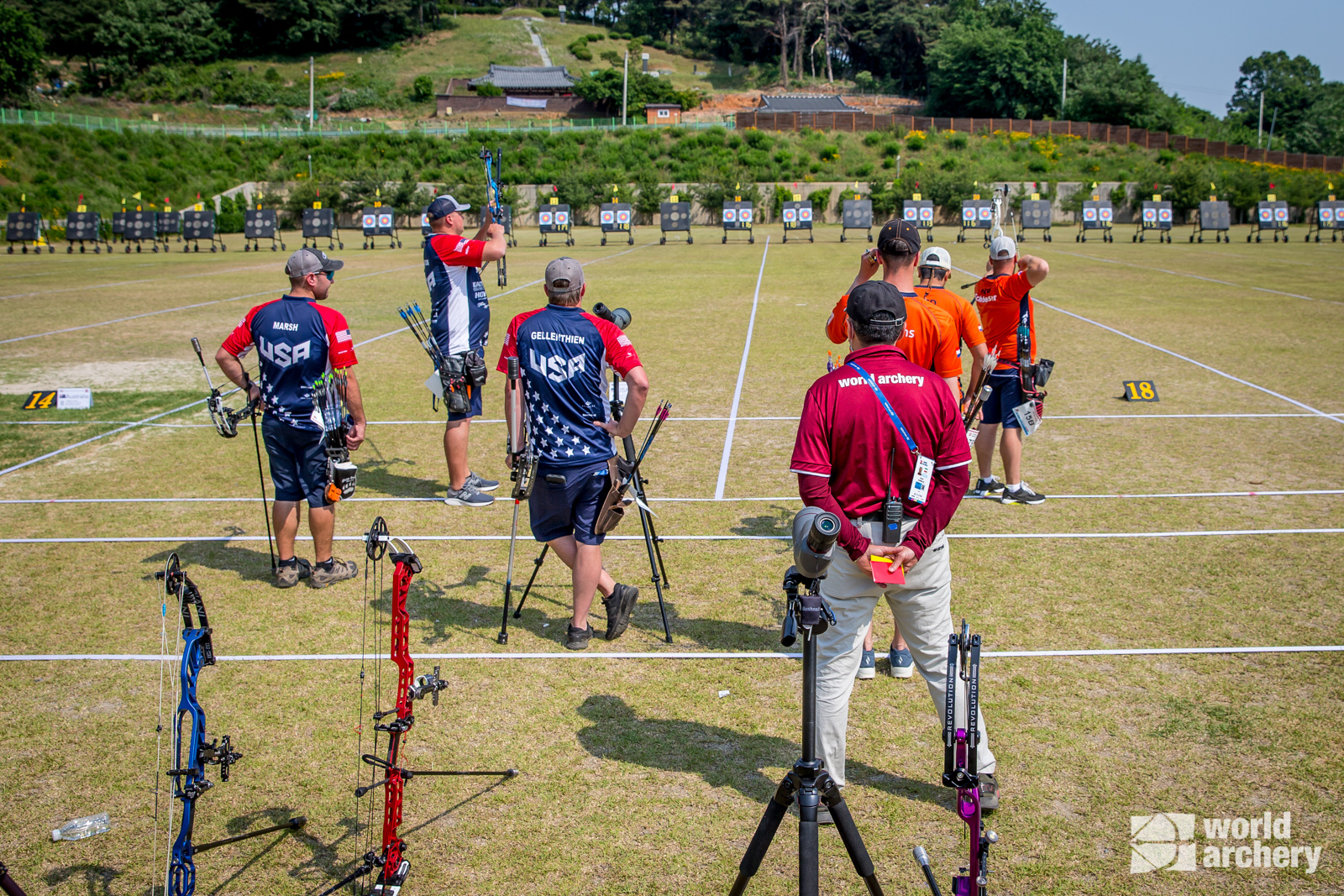 Earlier today in compound team matches, the USA men’s squad of Braden Gellenthien, Steve Marsh and Steve Anderson posted the highest score on the field in the first round in an exciting 235-234 decision over the Netherlands before finishing 7th in a 234-228 quarterfinal against India.

Results from the competition are available at archery.sport. Shooting resumes tomorrow with recurve team matches through the bronze finals and compound individual eliminations through the quarterfinals. The finals will stream live this weekend on the Olympic Channel. Photos courtesy of World Archery.