AUGUSTA, Ga. – At 3:21 pm local time on a peaceful Sunday at Augusta National Golf Club, Tiger Woods took to the practice ground and caused a stir.

With a smile on his face and without a limp in his step, Woods took a spot on the left side of the range and quickly went through a warmup.

Wearing a Georgia peach short and black slacks, Woods hit 33 golf balls – seven with his driver – in 20 minutes. At his side were Joey LaCava, his caddy, and Rob McNamara, his trusted friend, frequent playing partner and second pair of eyes.

The time on the range was extended by Billy Horschel, who came over for a big hug and began to chatter away. Also on the range were Sungjae Im, Max Homa, Mackenzie Hughes and Jason Kokrak among others.

The five-time Masters Champion and 15-time major Winner then was escorted in a golf cart to the 10thth tee, where he began what was likely a nine-hole practice round.

The course was closed to all but the players in the field.

“He looked like the Tiger we saw before the accident, the way the swing looked and the speed,” Horschel told Reporters. “For him to hopefully be playing – which I think he is – I think we’re all giddy about it.”

Sunday was the next step for Woods, who will speak to the media at 11 am ET Tuesday, as he determines if he will fit enough to play in the 86th Masters starting Thursday. Woods could withdraw right up until his tee time on Thursday.

“It will be a game-time decision on whether I compete,” wrote Woods in a Tweet posted earlier in the day where he said he was heading to Augusta National.

Woods has been playing at The Medalist near his home in Jupiter, Florida, and on Tuesday Flew up from the Sunshine State for an 18-hole practice round at Augusta National. He played with his son, Charlie, and 2017 PGA Champion Justin Thomas.

It was a major test on the rugged, hilly Augusta National course for his surgically repaired right leg and foot on the rugged. Woods was involved in a horrific, single-car crash north of Los Angeles on February 23. He suffered multiple, serious injuries to his right leg and foot, and he later acknowledged that amputation of the leg was a possibility.

He was bed-ridden for months before slowly building back his body. Then he started putting and hitting golf balls. In the December at the Hero World Challenge that benefits his foundation, Woods said that if he did return to the PGA Tour, he’d play on a limited basis.

Later that month, Woods, riding a golf cart, teamed up with Charlie in the PNC Championship, the two finishing second to John Daly and his son, John Jr.

His last official event was the 2020 November Masters, where he tied for 38th. At the time, he was ranked 33rd in the Official World Golf Ranking. He is now 944th.

Depending on how Sunday’s practice round went and considering the forecast that calls for heavy rains on Tuesday and more rain on Wednesday, Woods is likely to play a practice round on Monday. 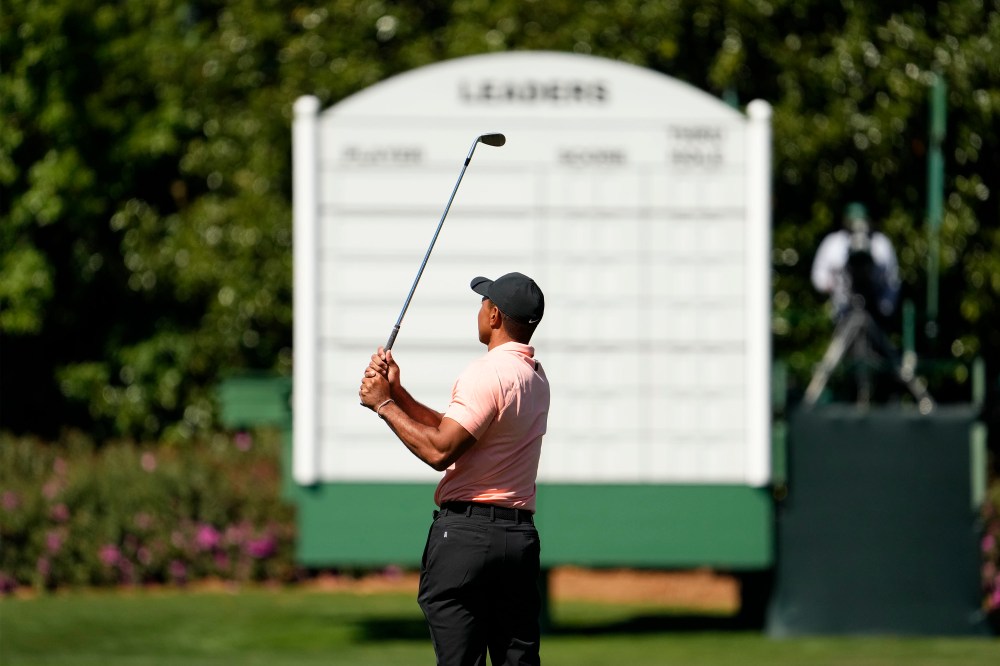