Veteran golf agent Rocky Hambric has had close relationships with many of his famous clients, but none like the one he has had with Scottie Scheffler. Hambric first met Scheffler when he was about 8 years old.

“I used to imagine this little boy growing up and winning the Masters, ”Hambric said, in a telephone interview a day after Scheffler did just that at the age of 25. Hambric is the founder of Hambric Sportswhich has represented golf greats like Larry Nelson and Justin Leonardand now counts Dustin Johnson and Brooks Koepka among its clients.

Hambric said he knew Scheffler would make it as a pro when he was 13 or 14 years old. “I just saw a love of the game and a drive and a competitiveness and a willingness to do the work and not even consider it work,” he said. “Most people who are super successful have that trait.” 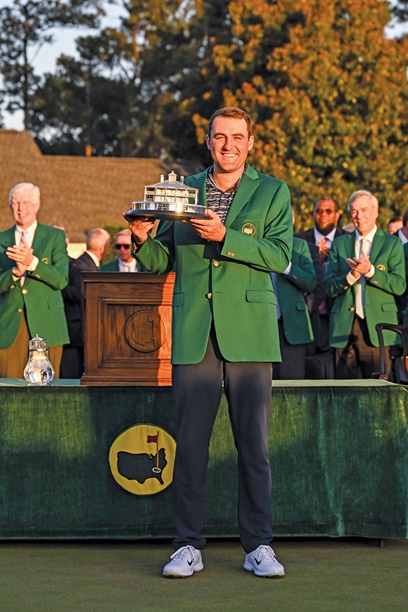 It’s an almost crazy sounding and odds-defying story, but a famous golf agent met the family of a young boy who would later become the world’s No. 1-ranked player almost 20 years ago. The Hambrics and the Schefflers became fast friends, and eventually, so close that they now consider each other family.

Scheffler was born in 1996 in New Jersey, the son of Scott and Diane Scheffler. Scott was a stay-at-home dad for Scottie and his three sisters. Diane was a chief operating officer of a law firm in Manhattan who moved the family to take the same job at a Dallas law firm so she would have a Shorter commute.

By the time they moved to Dallas, Scottie already had an intense athletic drive and had been hitting golf balls since he was 4. Scott took the family to the Royal Oaks Country Club where Randy Smithwho counted Leonard among his students, was the golf pro.

Smith asked the Elder Scheffler if he or his son wanted to hit the golf balls. When Scheffler assured Smith the passion all came from his son, who was 7 at the time, Smith took him on as a student.

Soon afterward, the Scheffler family ran into Hambric, who was a member of the Royal Oaks, and his wife, Mary. “So Rocky looks at me and says,‘ Oh! You’re the father of the kid with the long pants, ” Scott Scheffler recalled. Scottie Scheffler, even then, was trying to emulate players on the PGA Tour. “Scottie would always wear long pants because ‘real golfers wore long pants’ – that’s what they said,” the Elder Scheffler related.

Hambric remembers meeting the Scheffler family by accident on the golf course. “And then the next Sunday we were at Mass and they were there, so we had lunch afterwards,” Hambric said. “It became, basically, a tradition that the Hambrics and the Schefflers would spend all of Sunday together from morning at Mass to all the way through the late afternoon when the golf was over on TV.”

The Hambrics didn’t have children at the time the families met, but later adopted Thomas and Jameswho were treated like little Brothers by Scottie and his Sisters, Callie, Molly and Sedge. “We just became like glue on Sundays,” Diane Scheffler said. “The Hambrics helped us raise our kids and we helped them raise their kids. It’s closer than friendship. It really is family. ”

When it came time for Scottie to be confirmed in the Catholic church, “Scottie chose Rocky as his confirmation Sponsor since we don’t have any family here,” Diane said. “Scottie really thinks of Rocky as his Godfather.” 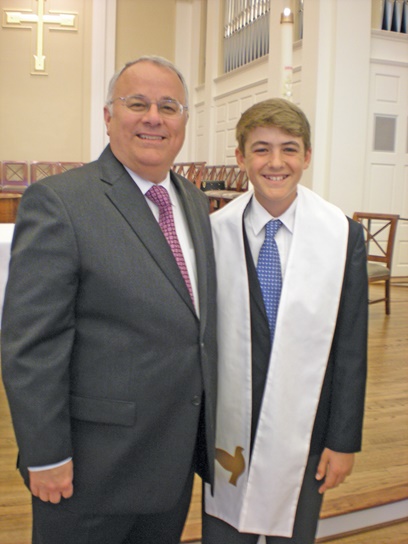 He wore the same smile at age 14 when agent and family friend Rocky Hambric served as his confirmation Sponsor in the Catholic church in 2010.Courtesy of Diane Scheffler

Growing up, playing junior golf, Scottie Scheffler excelled. He’d beat golf pros at Royal Oaks on the short game for free golf balls when he was a young teenager. He won 90 of the 136 PGA Tour North Texas junior tournaments and one of his competitors was now a PGA Tour pro Will Zalatoris, who finished second in the 2021 Masters. Scottie Scheffler won the 2013 US Amateur. When it came time to turn pro, Hambric told Scott and Diane he wanted to give Scottie a formal agent recruitment presentation.

Blake Smith, Hambric Sports executive vice president, is Scheffler’s day-to-day agent. He is the son of Randy Smith, Scheffler’s instructor, and has known Hambric his entire life. He negotiated a deal with Nike for shoes, apparel, hat and glove when Scheffler came out of college. That enabled him to be a free agent for Clubs and he signed a deal with TaylorMade for Clubs in March.

Hambric was not at the Masters. At the same time, Scheffler was winning tournaments and climbing to the No. 1 spot in the world, Hambric suffered the worst loss of his life. His son, Thomas, died of a blood clot on March 3, a week short of his 17th birthday.

“I’ve never experienced anything like this, not even close, ”Hambric said, of his loss. “But it’s been a wonderful distraction to see Scottie’s run – three of his four victories have come since Thomas died. And at The Players Championship, which was the week after Thomas died, Scottie wore Tommy’s Initials on his hat to Honor Tommy. ”

The entire Scheffler family grieved the loss of Thomas. “Thomas and Scott had a really great bond because Scott is really good with mechanical things and his hands and Thomas was interested in that,” Diane Scheffler said. Thomas was autistic and he and Scott spent a lot of time taking things apart and putting them back together.

Hambric said that Scott Scheffler was like a second father to Thomas.

Although Rocky and Mary were not at the Masters, Diane Scheffler said she felt Thomas’ presence. “Thomas was there the whole weekend,” she said. “I can’t tell you how many times I looked up to the sky and said, ‘Thank you, Thomas.'”