CHULA VISTA, Calif. – The competition at the USA Archery Collegiate Target Nationals continued today at the Chula Vista Elite Athlete Training Center with individual matches through bronze and the team round, which was full of school spirit.

As usual, the team competition featured roaring school cheers, phenomenal shooting, high energy, and even some crazy costumes. Early leaders are emerging in the race for points for the highly coveted Overall National Team Championship Award while everyone is raising their game. 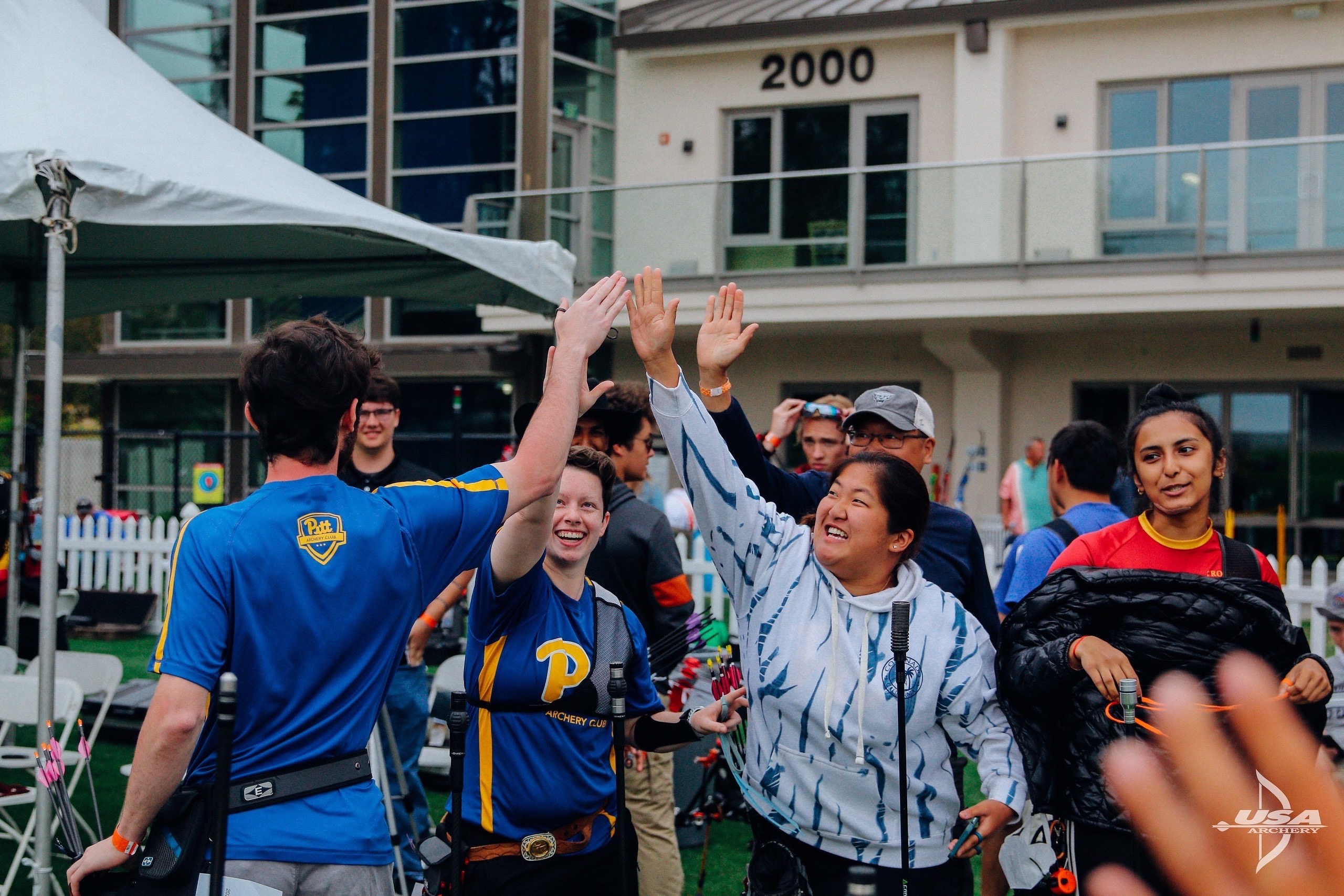 In the team events, there were few upsets in the brackets; Texas A&M University took the gold in the recurve men’s and women’s events. Historic rivals for the women’s team event, Columbia University once again took A&M to the gold final. University of the Cumberlands won the men’s silver and UC San Diego came away with bronze; Mount Marty rounded out the women’s podium with an exciting shoot off win over Cumberlands for bronze.

University of the Cumberlands topped the compound men’s and women’s team podiums while the University of Pikeville and Union College each took one silver and one bronze. Danielle Woodie shared on behalf of the Cumberlands’ Patriots, “Our shooting was phenomenal. In our last round, we only dropped 10 points, so we’re very glad we got to get the gold with that score. ”

Earlier in the day, individual competition narrowed huge competition fields from divisions of over 80 archers to just the top few shooters in intense and exciting head-to-head match play. While the gold finals will be contested tomorrow, archers earned awards today for bronze through eighth place.

Mount Marty College’s John Sarazin, who won bronze for the barebow men’s event shared, “I went into this tournament with a fantastic supportive team, the best coach I could ask for, and a great attitude. I knew I was going to go far. I’ve had a blast here at my first outdoor shoot and can’t wait for more. ” While some will continue in the mixed team competition tomorrow, others wrapped their collegiate archery careers on the field today. “I just shot my last collegiate arrow. It was a 10, so go me! ” said Leigh Shaffer, a graduate of James Madison University, as she teared up. “I love being on this team so much. I’m about to start a degree program in two days. The fact that I get to spend my vacation time with this great group of people is fantastic. ”

The event wraps up tomorrow with the gold medal finals and mixed team competition. The mixed team gold medal matches will be livestreamed at 3:00 PM PT on USA Archery’s Facebook and YouTube. Results from the competition are available on Between Ends and photos can be found on the USA Archery photo site.