‘People have been critical that he’s come to the club – that’s what he’s brought in for’: Roy Keane hails Wout Weghorst’s ‘reactions’ after Dutchman’s first Manchester United goal against Nottingham Forest

By James Cohen For Mailonline

The former Burnley striker got off the mark for the Red Devils after reacting quickest to a rebound in the final moments of the first-half at the City Ground.

And, during Sky Sports’ half-time analysis, former United star Keane was quick to celebrate the Holland forward’s goal and claimed ‘that’s what he’s been brought to the club for’. 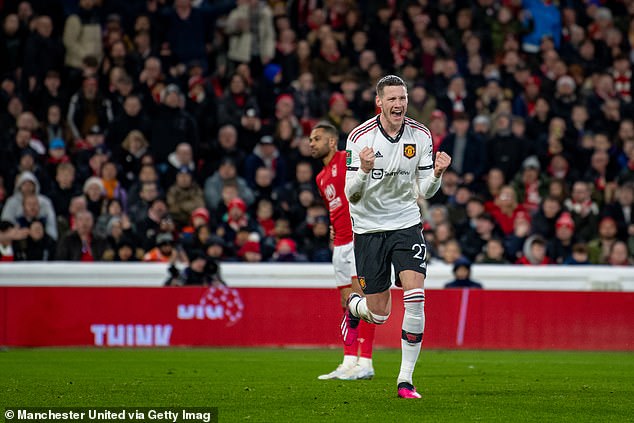 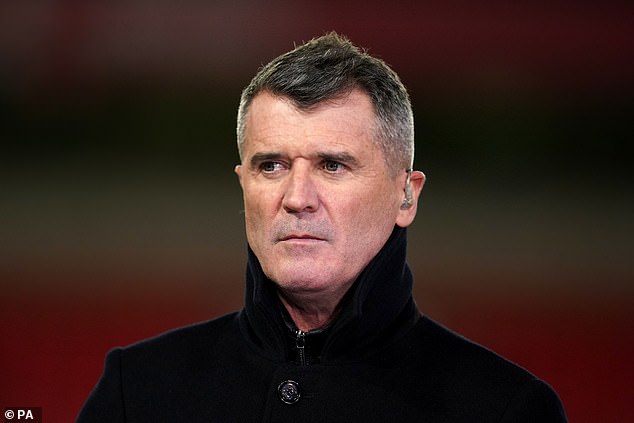 ‘People have been critical that he’s come to the club. That’s what he’s been brought to the club for. Huge goal for United.’

Weghorst was on hand to convert for United after Antony’s initial shot was saved by Wayne Hennessey, and the Holland international snuck in to double the score.

There had been question marks over Weghorst’s arrival earlier in the window, after the forward joined on loan from Burnley for the remainder of the season.

Keane’s punditry partner, Gary Neville, said: ‘There’s a little bit to do with the finish and he does really well with the outside of his right foot. 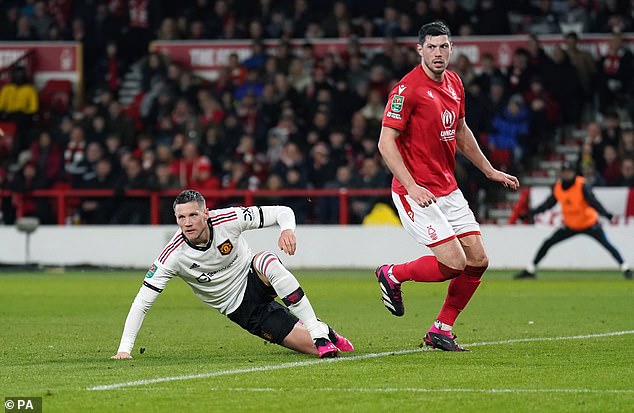 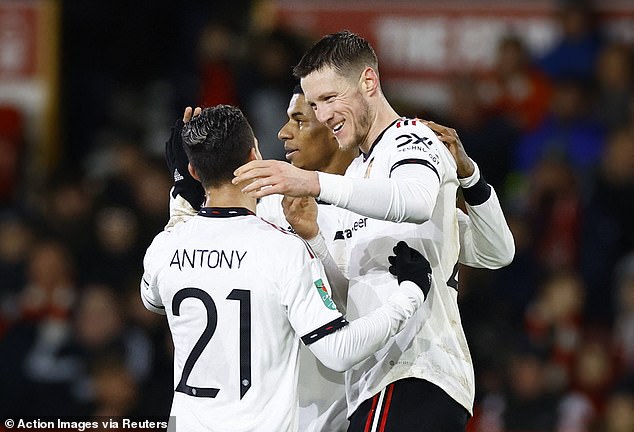 Weghorst celebrated with team-mate Antony, who had kick-started the move for the goal

‘He’s put Man United in a really comfortable position a quarter of the way through this tie.’

Weghorst’s goal gave United some much needed breathing space in the tie after Marcus Rashford had given the visitors the lead earlier in the first half.

The 25-year-old, who scored his 10th goal in just as many games, took six minutes to score for United again, driving down the left flank, taking on Serge Aurier and bursting past Joe Worral before firing past the helpless Wayne Hennessey in goal.

Rashford has been rejuvenated under Erik ten Hag and shows no sign of stopping at the moment. 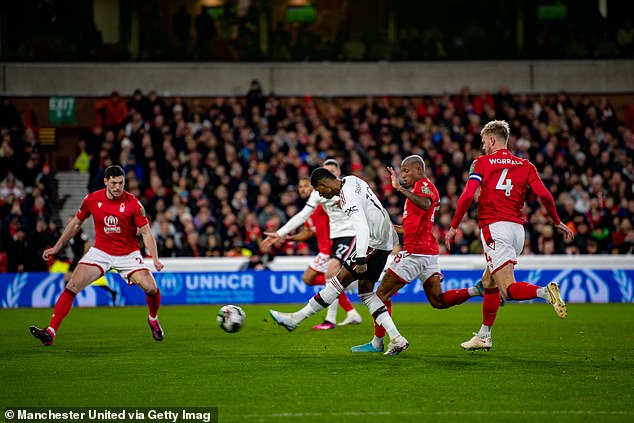