Both stop what they are doing.

“Looks kind of like a slightly smaller version of [Giancarlo] Stanton, ”says one.

“No, Carlos Correa,” says the other.

The comps are eerily accurate. Chris Seise (pronounced “Cease”) may have as much talent as any prospect in the Rangers’ camp. But, like Stanton and Correa, staying on the field has been a challenge. In Seise’s case “challenge” is an understatement. It’s been almost Sisyphean. Every time he gets back on the field, something knocks him down again.

The Rangers made Seise, a 6-3, 205-pound chiseled shortstop, the second of their two first-round picks (29th overall) in 2017. Since then, he’s played in exactly 82 professional games; 51 of them as an 18-year-old fresh out of West Orange High School in Winter Garden, Fla.

He entered 2018 ranked the Rangers’ 10th best prospect by Baseball America, but tore the labrum in his right shoulder, tried unsuccessfully to rehab it, underwent surgery, and missed the season. In 2019, he got in 21 games before he dove into a base headfirst and tore the other labrum, resulting in another season-ending surgery.

Of course, 2020 was a wash because of the pandemic, though he did hit .358 in the Rangers’ fall development camp with four homers and a .944 OPS. With those reinforced shoulders, he went to Class A Hickory in 2021. Just 10 games into his year, he went a long way to backhand a ball, turned to make a jump throw to second and came down awkwardly on his left knee. The verdict: a torn ACL. Another season lost.

All of which begs this question: How do you deal with it all, Chris Seise?

And then he picks back up.

It’s clear Seise doesn’t really want to dig too deep into the last four years. How much is there to say about long days of little progress, anyway? If you push, he’ll let you in far enough to acknowledge that the knee was more frustrating. Maybe it was the crutches, which kept him from taking walks to clear his head. More likely, it was just the fact that another season went up in smoke and he was stuck in Surprise for more rehab.

And then, just like that, he’s back from the rabbit hole.

What the Rangers will tell you is that he has lived that. Throughout three rehabs, he has been prompt and diligent and hasn’t had to be cajoled to do the work. Beyond that, he took on a leadership role the last time around, connecting with a young catcher named Jose Rodriguez who suffered a similar knee injury, and pushing him.

At the same time, he was seeking mentorship from James Jones, a veteran outfielder turned pitcher whose career has perhaps been even more interrupted by injury than Seise’s. Jones, who turns 34 this year, is renowned in the organization for his positive attitude.

“It was like, ‘Hey, our injuries lined up this time,'” Jones said with a laugh. “We shared a lot. We both know that when we are healthy, we are going to produce. But we also both know that the one stat we really want to focus on is games played. For both of us, that’s important. “

There was a moment after the injury last year that Seise nearly cracked. But it was only that: a moment.

“It was like ‘What do I do now?'” Said Josh Johnson, who was the manager at Hickory last year and is now part of the staff at Triple-A Round Rock. “But we had a good talk, said a little prayer and literally moments later he was back to Chris Seise. He was like ‘Man, I’ll be good. I’m going to go bust my butt to get back. You have to hold down the fort, JJ. Make sure these guys get better. ‘ That was the only time I saw a crack. And it was gone like that. ”

Seise spent the rest of the season rehabbing in Surprise, went home to Florida for the holidays and then returned to start hitting. He’s still not doing a lot of cutting on the knee and will likely be limited to DH during minor league spring training, but he’s on the verge of getting back once again.

“Every time I’ve started to get comfortable, something has happened,” Seise said of his career to this point. “I’m still waiting to get in that groove. I’ve played maybe a month at a time. That’s like spring training. I want to get 60-70-100 games in and really get into a groove. And then see what happens. ”

Meanwhile, back around the cage, the two observers go back to watching Seise in silence. He swings. A ball booms off the barrel to left.

One looks at the other: “Whoa.”

Now, if they can just keep him on the field. 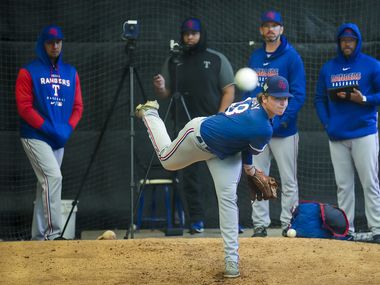 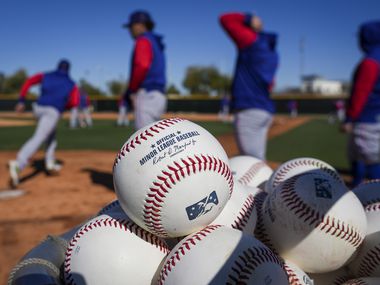