As a member of the UCLA Bruins, Robinson lettered in four sports and baseball would actually be his worst. He would bat just .097 with UCLA. Robinson stuck with it and it worked out in his favor as he would break the color barrier in the sport and changed the course of history.

When it comes to Auburn, they know one thing or two about two-sport stars. Or should I say, Bo knows. When Bo Jackson wasn’t terrorizing defenses, you could find him on the baseball field. He would play both sports at Auburn and then as a professional.

Recently Ole Miss defensive tackle Tywone Malone showed his stuff on the diamond for the Rebels. He hit the game-winning home run against VCU. Apparently hitting quarterbacks and running backs isn’t the only thing that he can hit for the Rebels.

We break down the list of players who starred in both football and baseball. It seems Bo Jackson inspired a lot of players in recent history.

The Bo Jackson story is well documented. The Heisman Trophy winner also played baseball at a high level. He would play for the Los Angeles Raiders and the Kansas City Royals. Jackson also spent time with the Chicago White Sox and Los Angeles Angels. He would play 38 NFL games before a hip injury all but ended his football career. Jackson also played 694 games in the MLB. His best season came in 1989 when he hit 32 home runs with 105 RBI and 26 stolen bases for the Royals. 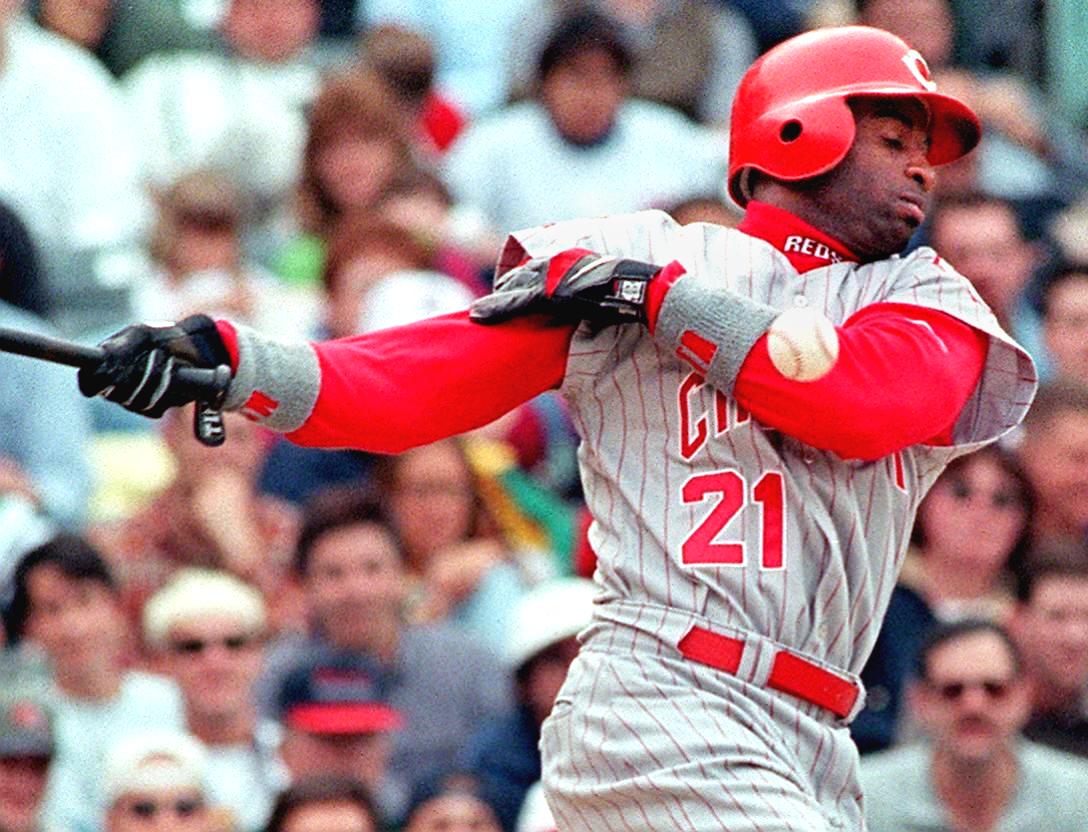 If there is a two-sport star that is on the level of popularity with Bo Jackson, it is Prime Time Deion Sanders. He played both sports at Florida State and went on to play both at the professional level. Sanders won a Super Bowl with the San Francisco 49ers and Dallas Cowboys. Prime Time would play for five teams in MLB and five teams in the NFL. He officially ended his baseball career in 2001, his football playing career ended in 2006.

These days you will find him on the sidelines as the head coach at Jackson State University. 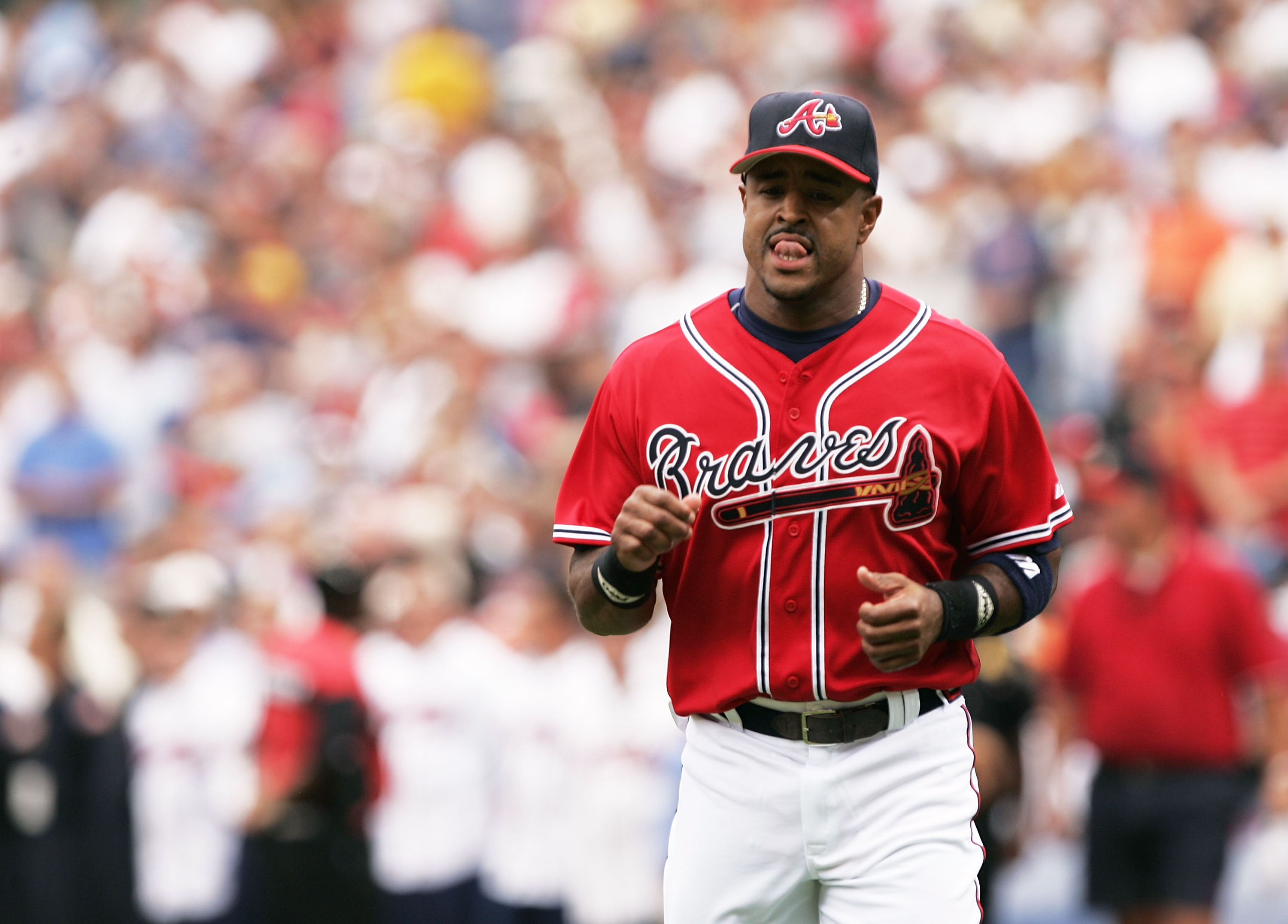 Jordan is remembered most for his time on the diamond, but he made it to both the MLB and NFL. Jordan was drafted by the St. Louis Cardinals and Buffalo Bills following his college career. Jordan would end up with the Atlanta Falcons from 1989 to 1991. He would give up football and focus exclusively on baseball following the 1991 season. Jordan intercepted four passes and recorded four sacks as a member of the Falcons. Ironically enough, the 1991 Falcons roster had both Jordan and Deion Sanders. 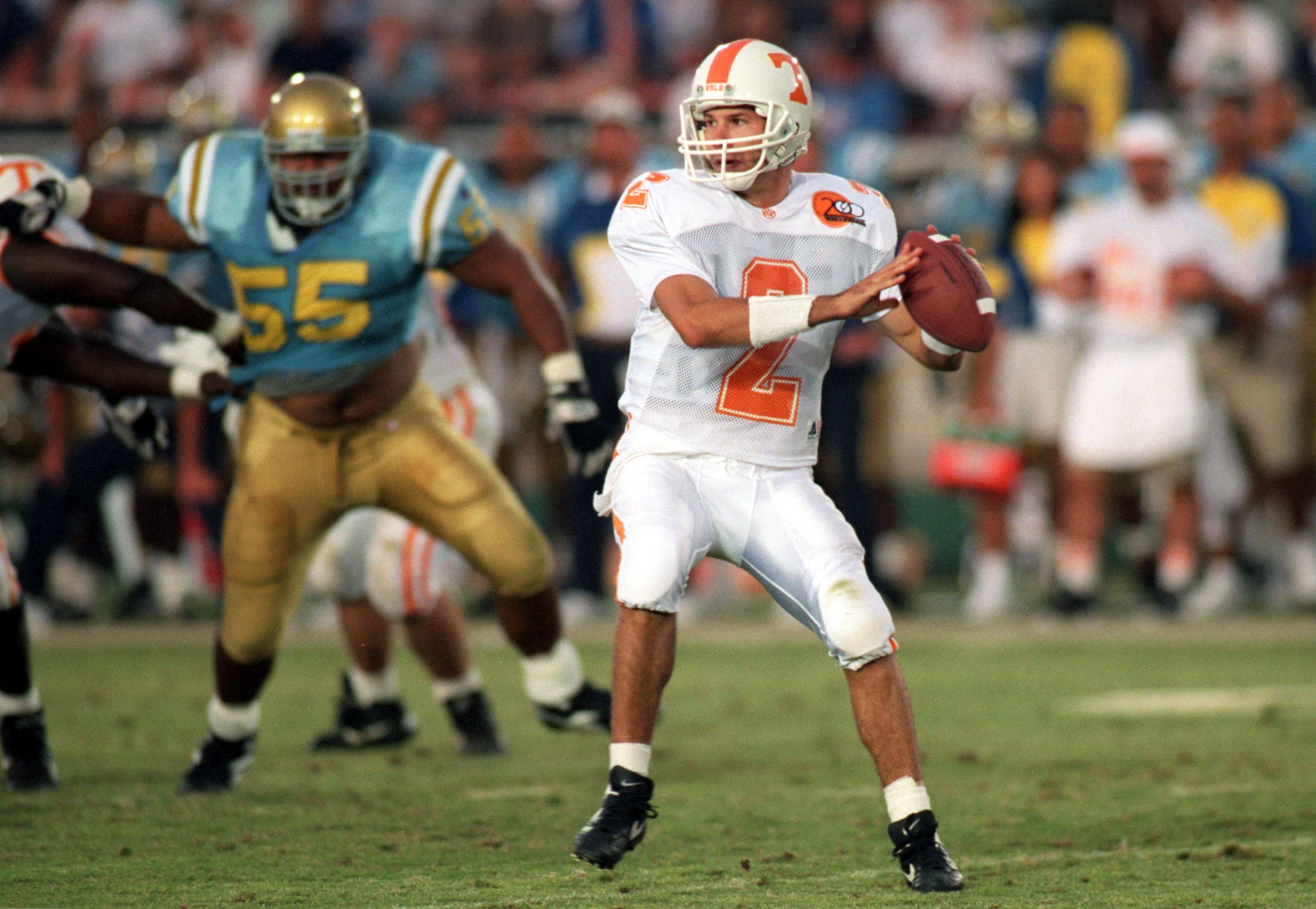 Todd Helton is known more for his baseball prowess as the first baseman of the Colorado Rockies. Before his 17-year career began in the majors, he played quarterback for the Tennessee Vols. As a QB, Helton threw for just 484 yards with four touchdowns and three interceptions in two seasons. I think he made the right choice with baseball. 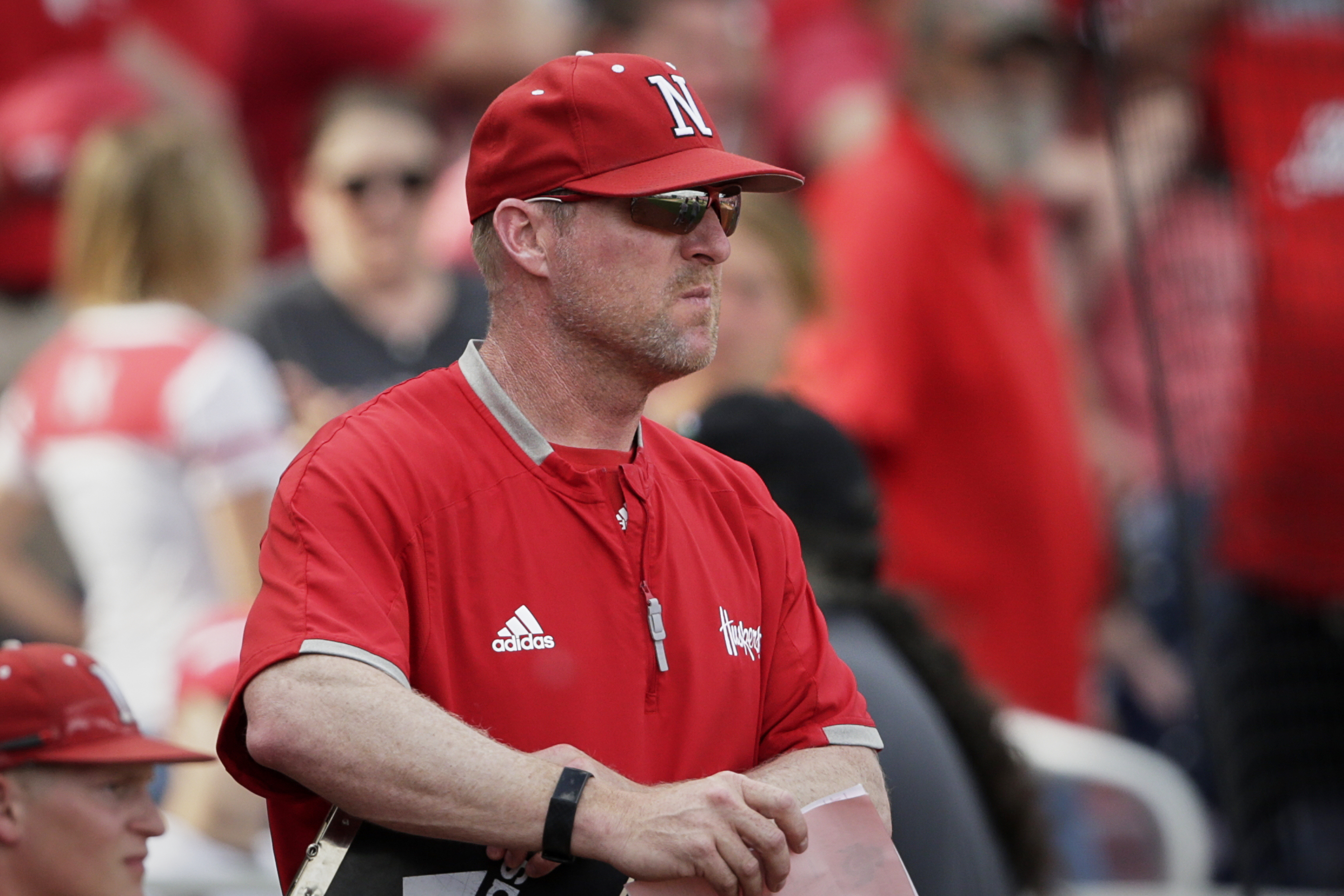 From the same MLB draft that produced Helton, former Nebraska player Darin Erstad was actually selected ahead of him. Erstad was a finalist for the Golden Spikes Award with the Huskers baseball and a pretty good punter for the football team. He won a national championship in 1994 and averaged 42.6 yards per punt. Not bad for the No. 1 overall pick of the 1995 MLB draft. 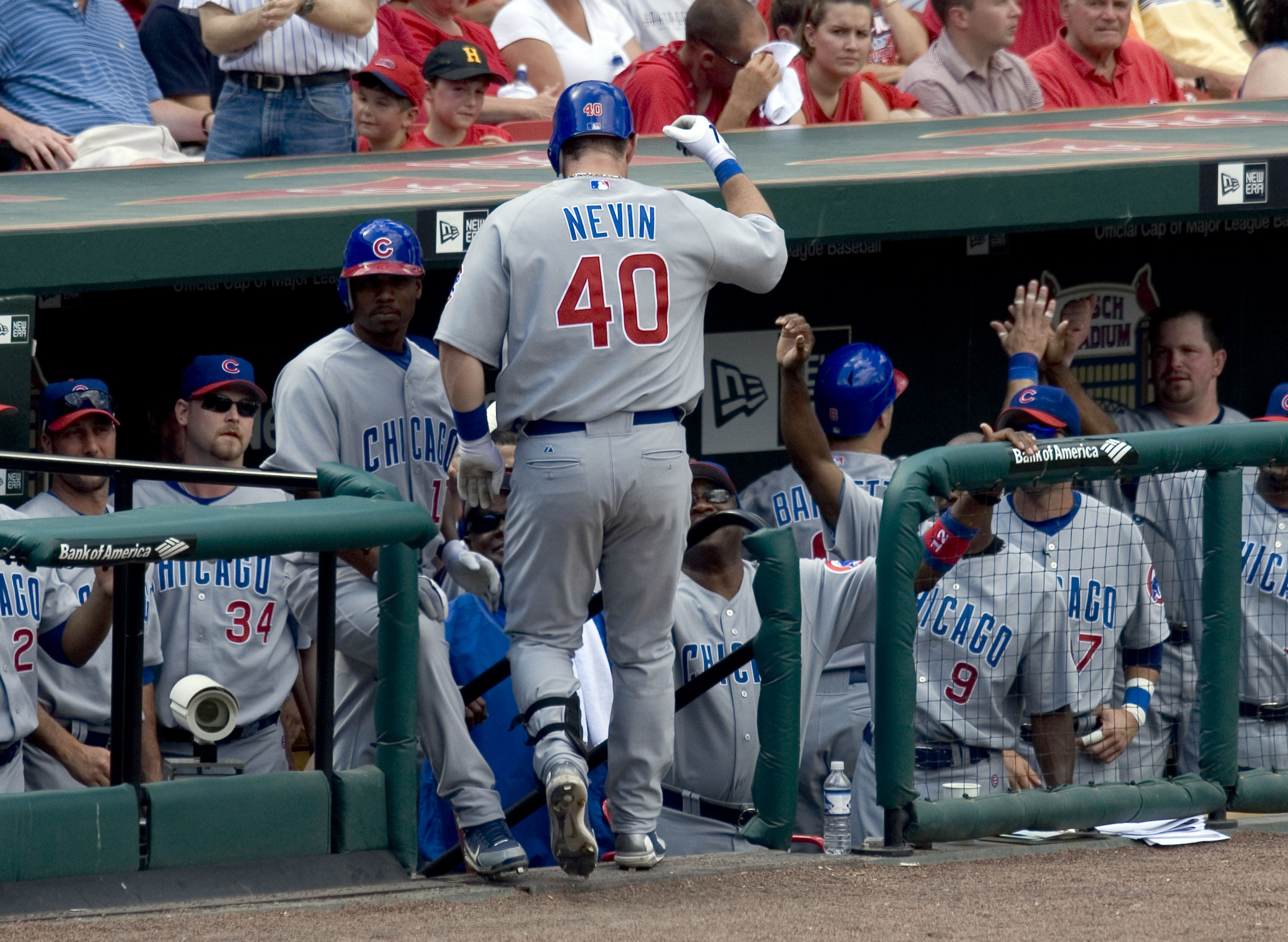 Before playing in the majors for 12 seasons that spanned seven teams, Phil Nevin played both sports for Cal State Fullerton. He was the punter and kicker in college. Nevin would average 40.1 yards per punt and hit all 69 of his extra-point attempts. In terms of kicking field goals, he would convert just 56.4% over a three-year span and he got worse by the season. It was a good choice to stick to baseball. 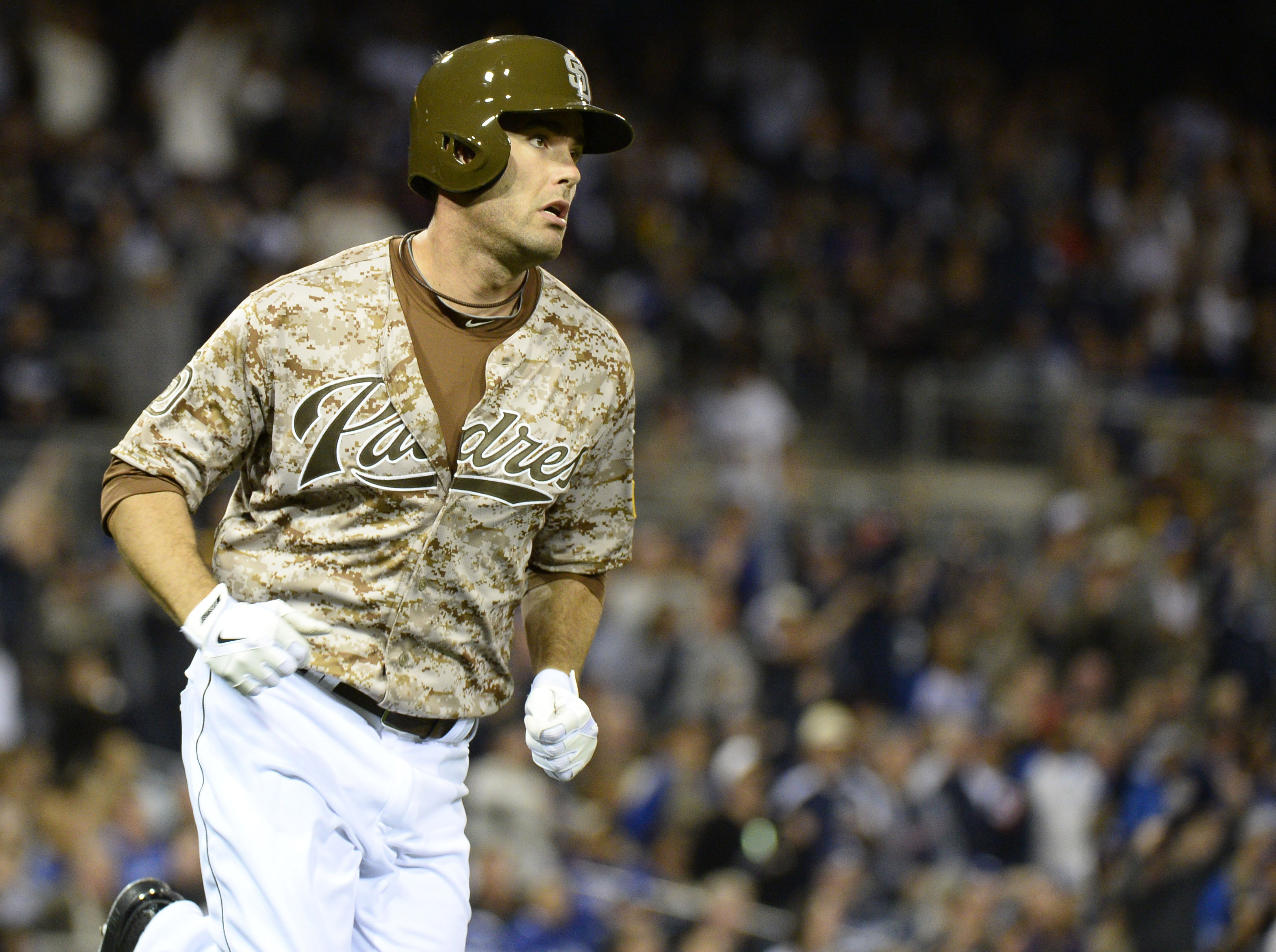 Seth Smith’s football career at Ole Miss is less documented than his baseball career. With the Rebels, Smith was a backup quarterback for some guy named Eli Manning. As a freshman, Smith hit .402 and was named a Freshman All-American. He also won a silver medal with Team USA in the Pan Am games. Smith would go on to play 11 years in the majors for five teams. 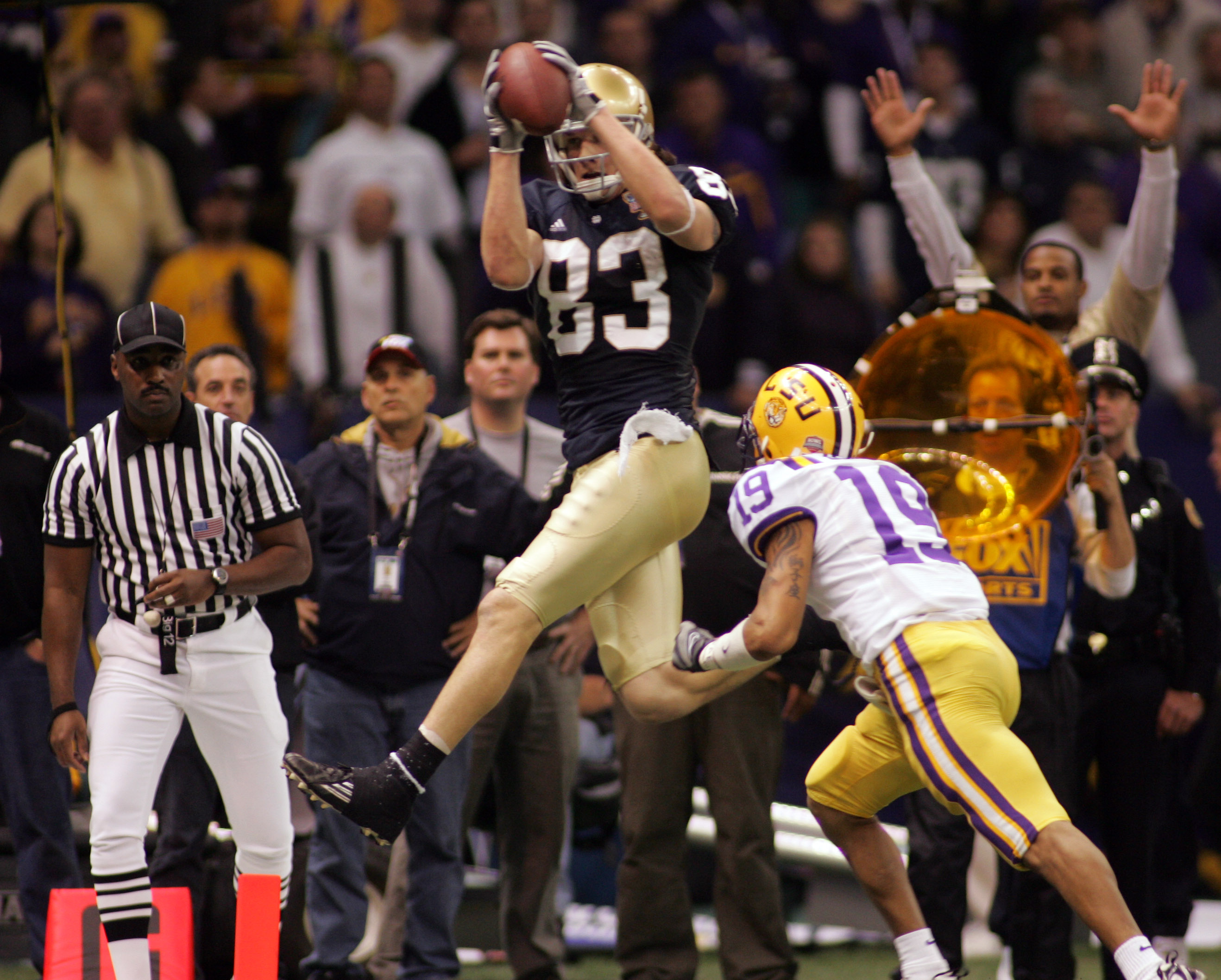 Before Samardzija was an All-Star pitcher for the Chicago Cubs, he was catching passes from Brady Quinn with the Notre Dame Fighting Irish. He hauled in 78 passes for 1,017 yards and 12 touchdowns in the 2006 season. Samardzija would go on to pursue his baseball career as a pitcher. Played for the Cubs, Athletics, White Sox, and Giants over his 13-year MLB career. 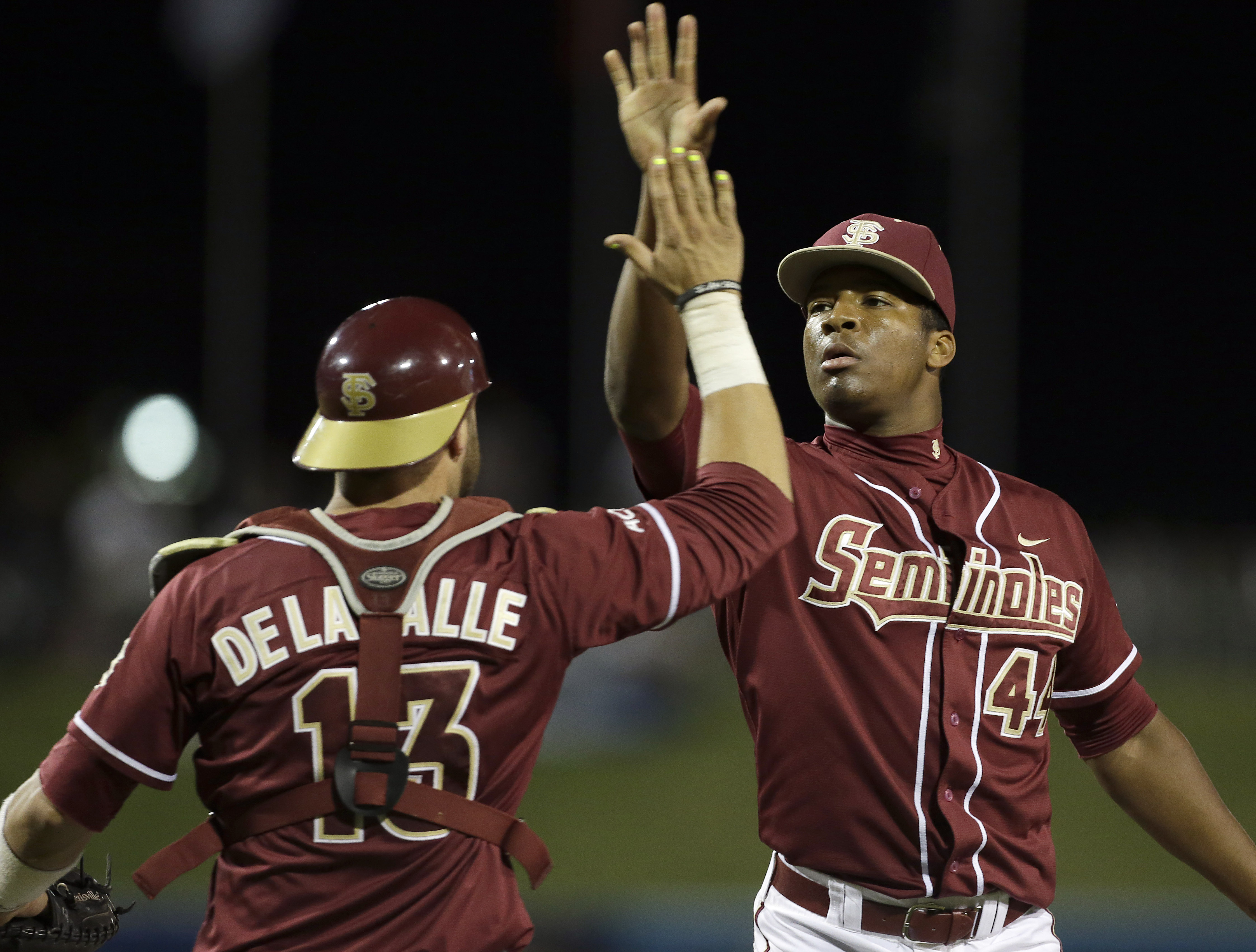 Winston was a pitcher and outfielder for Florida State over two seasons. On the football field, he led his team to a national championship where he helped defeat Auburn. On the mound, Winston finished with a record of 2-2 with a career ERA of 1.94. He also drove in 13 runs in 195 play appearances for the Noles. Winston would be selected No. 1 overall by the Tampa Bay Buccaneers in the 2015 NFL draft. 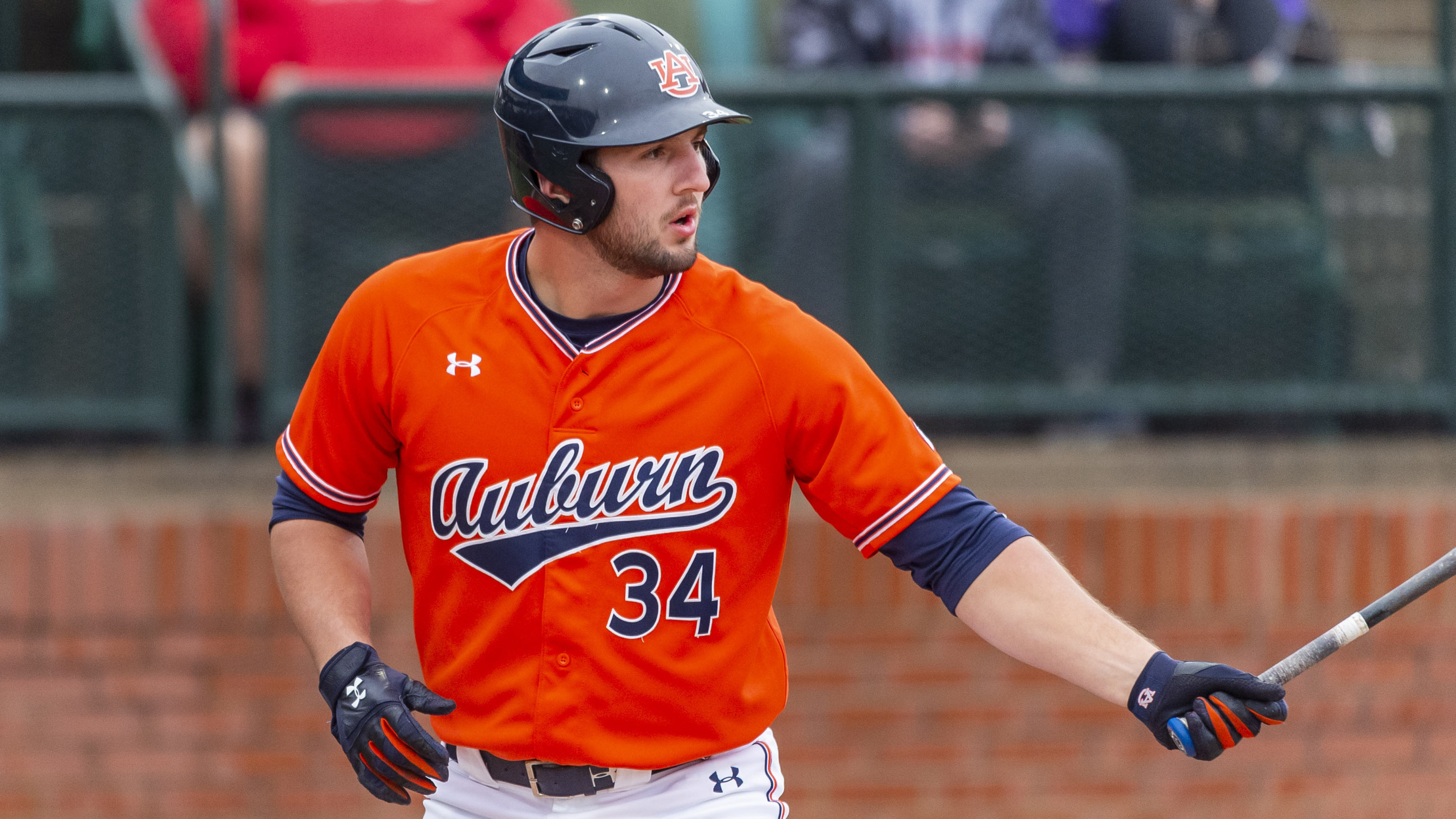 Currently, the Auburn Tigers have a football player that did make his way to the diamond. Tight end John Samuel Shenker isn’t playing baseball this year but he did play prior to the current season. He would play first base and designated hitter in 2020-21. Shenker played in 23 games with eight RBIs and eight walks. 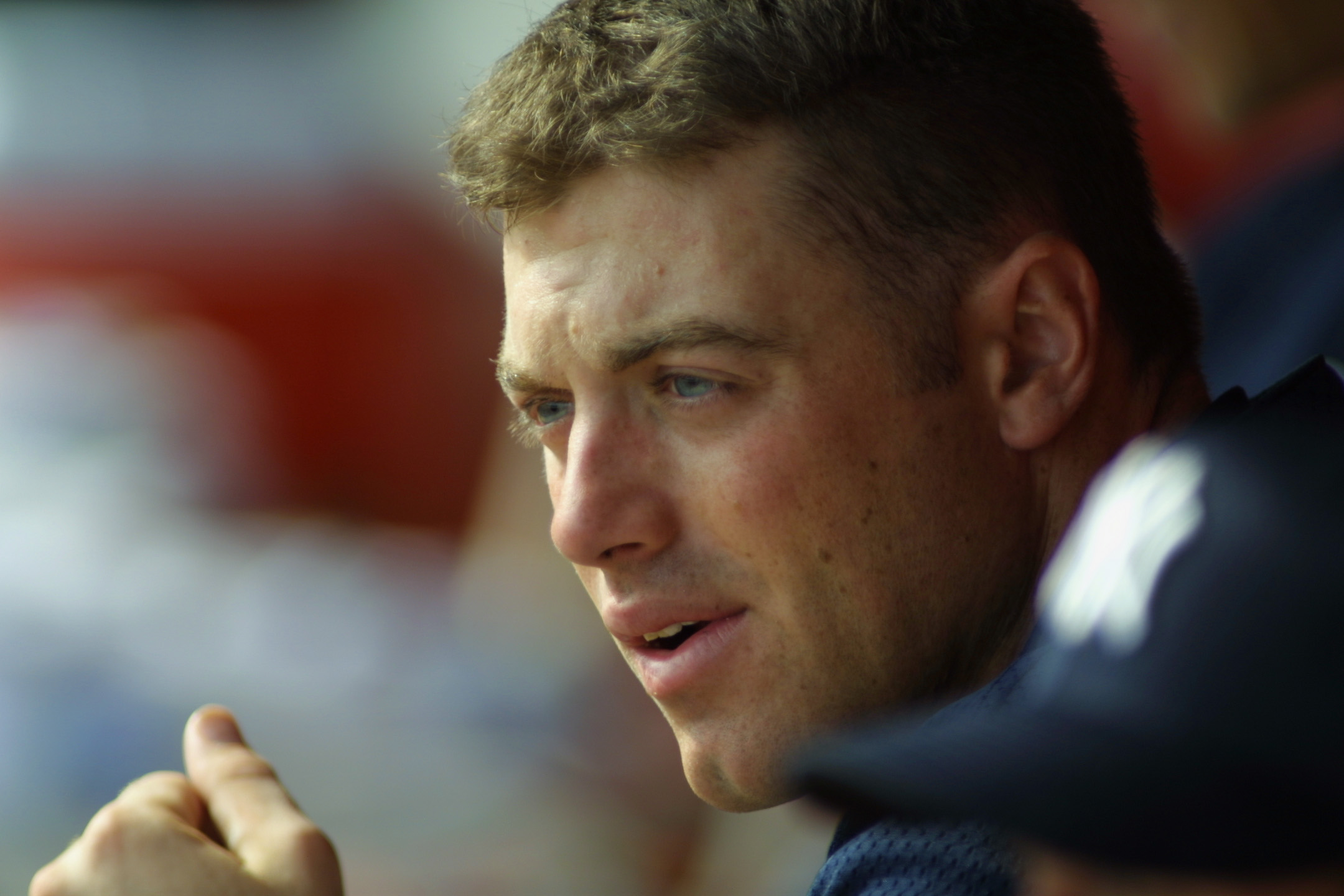 As a quarterback for the Michigan Wolverines, Drew Henson battled Tom Brady for the starting job. The Henson-Brady battle for starting quarterback in Ann Arbor was an interesting decision, to say the least. Henson would eventually become the starting quarterback following Brady’s departure and he signed with the New York Yankees prior to his senior year. After a failed run at the majors, he turned to football. The Texans drafted him in 2003 and traded his rights to the Cowboys. 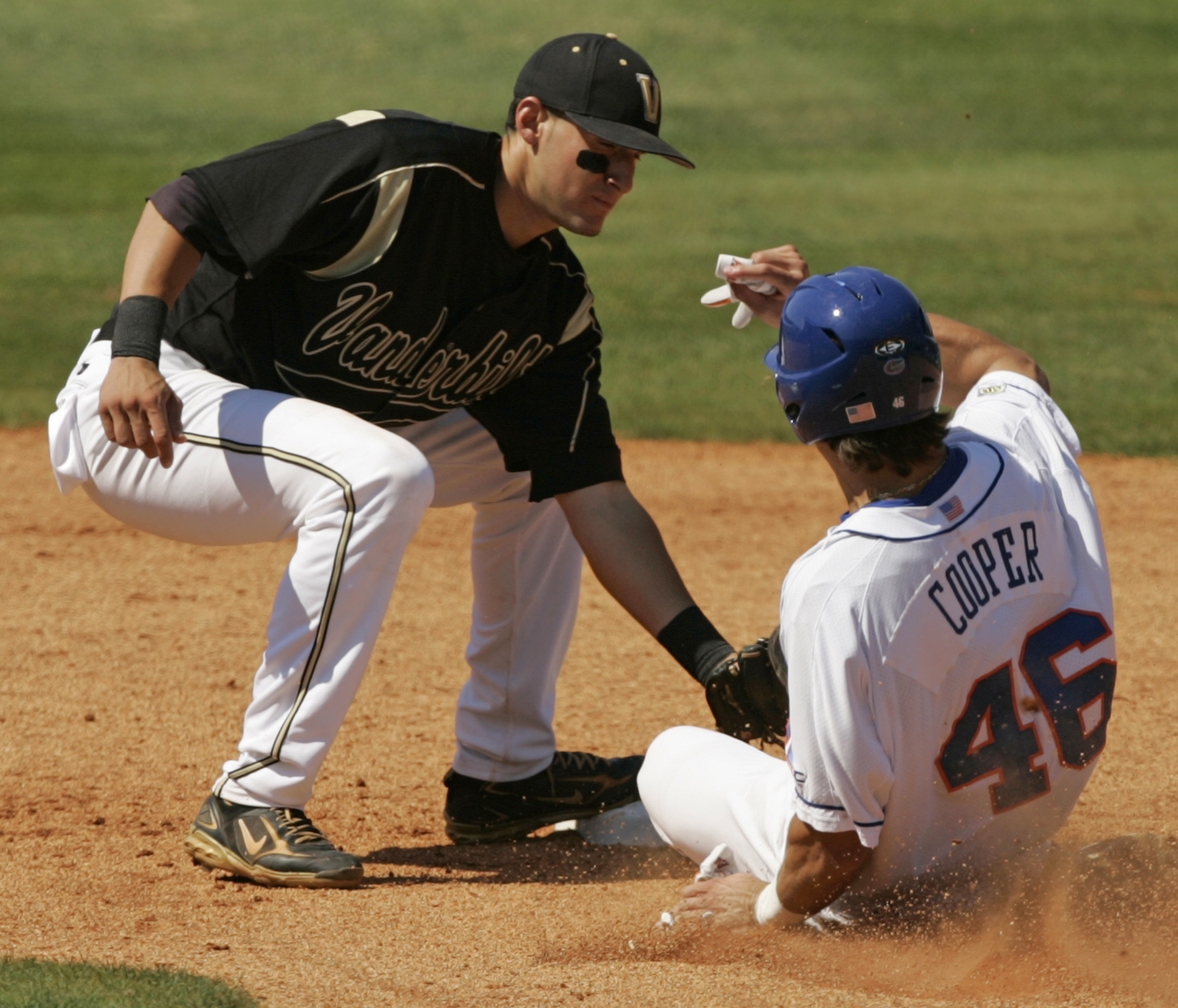 Prior to committing to play for Urban Meyer and the Gators, Riley Cooper was drafted by the Philadelphia Phillies in the 2006 MLB draft but chose to go to college. He played both sports with the Gators. After signing a deal with the Texas Rangers, Cooper once again opted to stay at Florida ending his chances at the MLB. After winning two national championships, Cooper would play six seasons in the NFL with the Eagles. Philadelphia drafted him in the fifth round of the 2010 NFL draft. 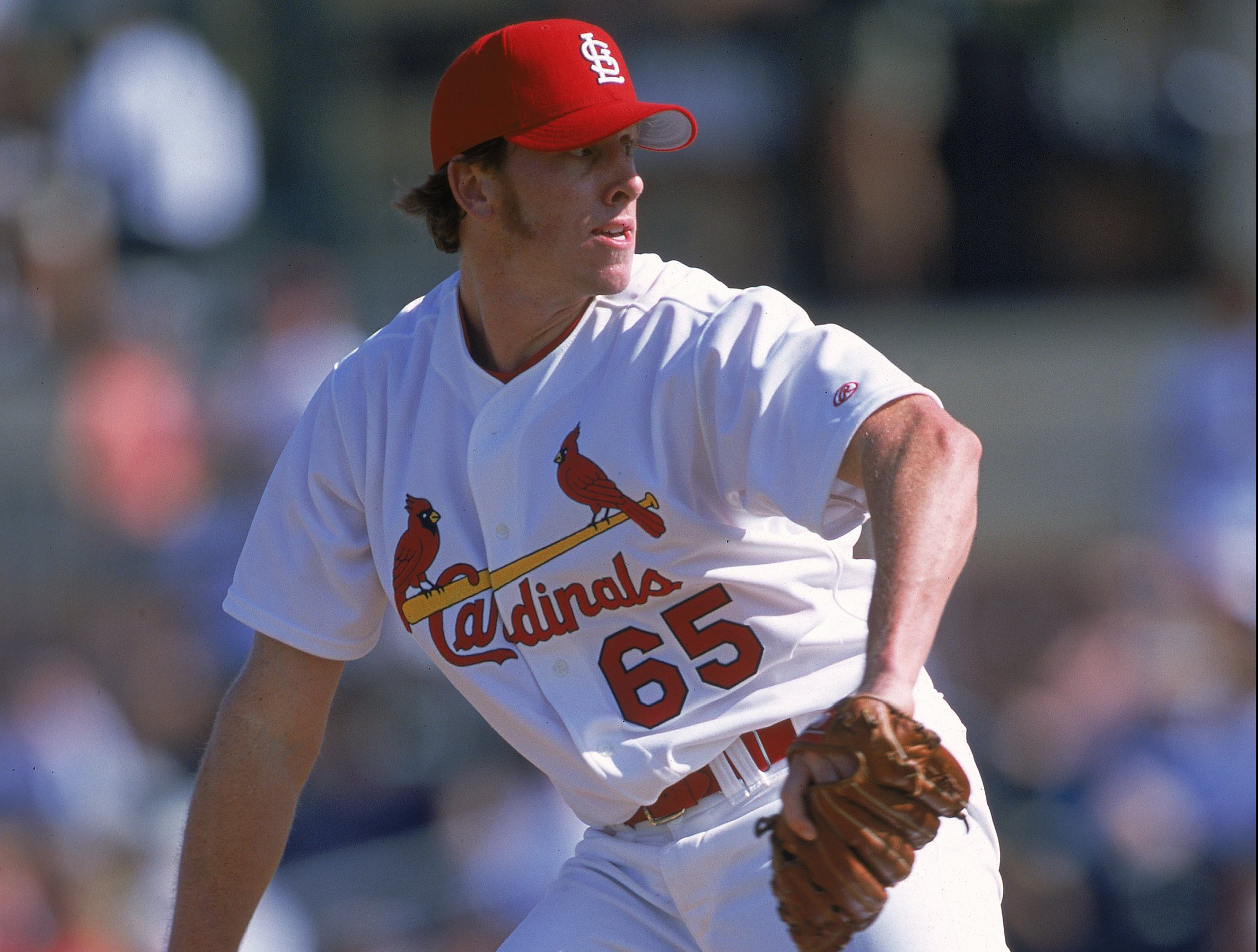 Hutchinson played both baseball and football for Stanford. As the quarterback in 1996 and 1997, Hutch threw for 4,235 yards with 20 touchdowns and 22 interceptions. He opted to go the baseball route and signed with the St. Louis Cardinals. In his lone call-up to the majors, he pitched in three games giving up 11 runs. He would end up signing with the Dallas Cowboys. Hutchinson ended his NFL career at 3-11 as a starter for the Cowboys and Bears. 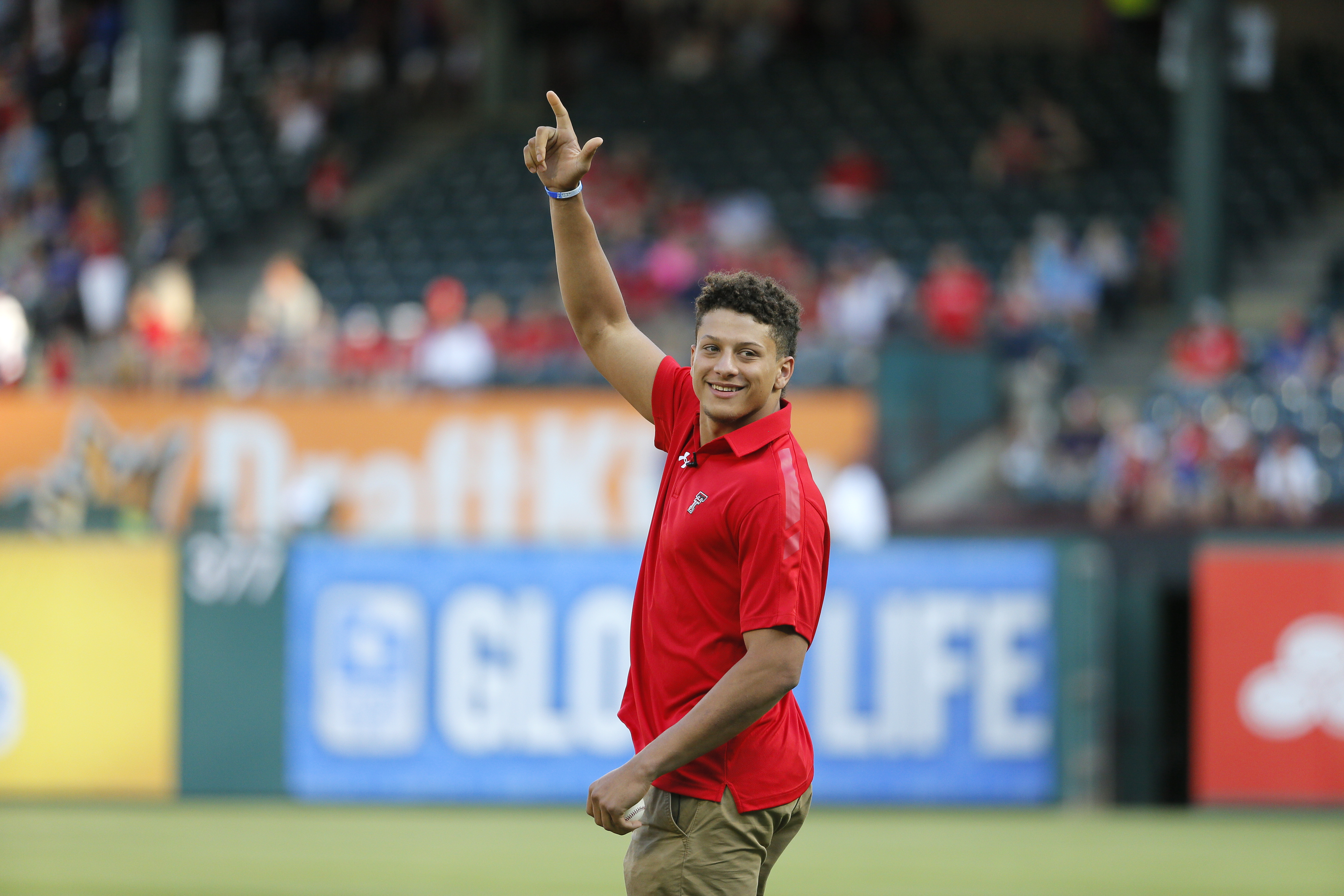 Patrick Mahomes II played both football and baseball for the Texas Tech Red Raiders. His baseball career was brief as a pitcher, just like his father. Mahomes ultimately opted to focus on football and has quickly become among the best in the NFL. He would play just three games for Tech, for that reason he is among the honorable mentions.