For the first time, the Philippines will be hosting a BWF World Tour Super 1000 tournament with the 2022 SMART Badminton Asia Championships set to take place from April 26-May 1 at the Muntinlupa Sports Complex.

For Badminton Asia, the Philippines is deserving of hosting the event after having hosted the 30th Southeast Asian Games and the 2020 Badminton Asia Team Championships.

“The Philippines has been hosting a lot of badminton tournaments,” said Badminton Asia secretary-general Moosa Nashki in a press conference held Sunday at Crimson Hotel in Alabang, Muntinlupa. “Three years ago, they hosted the Southeast Asian Games then two years ago, they hosted the Team Championships. We were happy with the hostings that is why we wanted the Philippines. “

“This is the first time ever that the Philippines is hosting a BWF World Tour Super 1000 tournament,”Added Badminton Asia chairman of events Bambang Roedyanto. “You will see that it is very tough and when you see the draw, you will see very tough matches right in the very first round. You will see world and Olympic champions here. “

Slated to compete in the event are world no. 2 Kento Momota of Japan, no. 5 Anthony Sinisuka Ginting of Indonesia, no. 7 Lee Zii Jia of Malaysia, no. 8 Jonatan Christie of Indonesia, no. 9 Lakshya Sen of India, no. 10 Loh Kean Yew of Singapore, no. 11 Srikanth Kidambi of India, and no. 14 Kanta Tsuneyama of Japan for the men’s side.

For the distaff’s side, world no. 2 Akane Yamaguchi of Japan, no. 4 An Se-young of South Korea, no. 5 Nozomi Okuhara of Japan, no. 7 PV Sindhu of India, no. 9 He Bingjiao of China, no. 10 Pornpawee Chochuwong and Busanan Ongbamrungphan of Thailand, and no. 13 Sayaka Takahashi of Japan are set to compete in women’s singles.

“All the players here are tough that is why I’m just taking it game by game and trying to do my best,Said Ginting, a two-time SEA Games gold medalist.

Bringing the tournament to the country is the kickoff of things to come for the Philippine Badminton Association.

“We have a new mandate in the Philippine Badminton Association which is to bring back the sport to the same level it was ten years ago and to bring our athletes to compete internationally. This is a good springboard for us to introduce badminton again, ” said federation vice president Jude Turcuato.

“It’s a pleasure for SMART to enable this kind of competition in Manila. There are already a lot of plans to bring more tournaments here. This is just a kickoff on making badminton popular again because we believe that the Filipino has the capability to be one of the top players in the world, ” added SMART Communications’ head of go to market Melvin Nubla.

Local badminton stars Ros Pedrosa and Jewel Albo for men’s singles; Jaja Andres and Mika De Guzman for women’s singles; and Lea Inlayo and Susmita Ramos for women’s doubles will have to go through the qualifying round on Tuesday before getting into the tournament proper.

This will be Team Philippines’ final preparation for the Hanoi SEA Games on May 12. 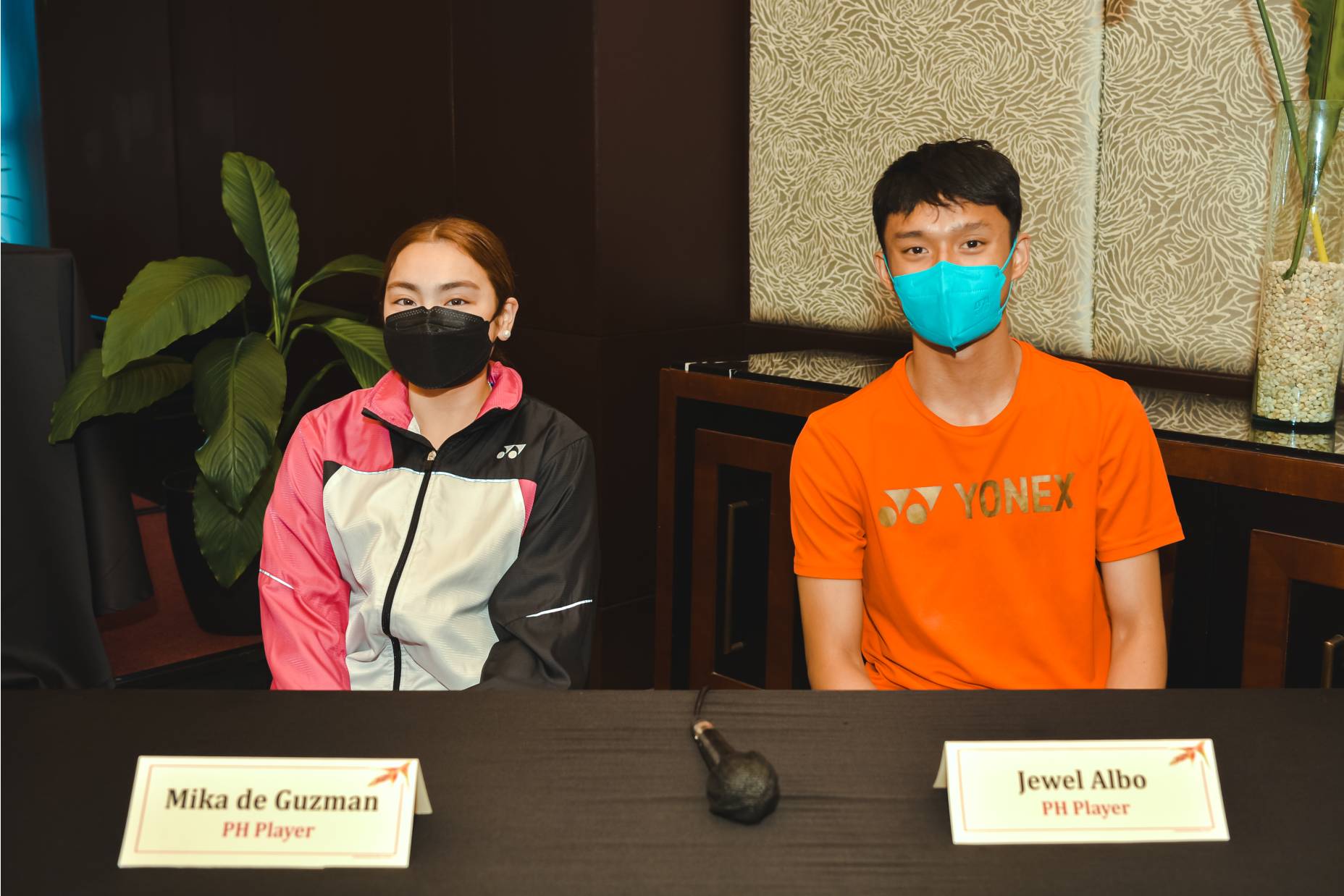 The brackets will be revealed on Monday.