The Pac-12 Conference continues to shift by the week. The UCLA Bruins are still on top of the conference and have a Matchup with the USC Trojans coming up this week.

The Utah Utes are right behind them, and Arizona is hanging around despite a loss.

The Pac-12 men’s side is much better all around than last season, and there should be a few teams aiming for at-large spots besides UCLA and Arizona and Whoever wins the Pac-12 Tournament.

Here is an updated look at the standings with a jam-packed week coming up, including USC-UCLA and Utah-Oregon.

LOS ANGELES, CALIFORNIA – JANUARY 05: Jaylen Clark #0 of the UCLA Bruins reacts against the USC Trojans in the second half at UCLA Pauley Pavilion on January 05, 2023 in Los Angeles, California. (Photo by Ronald Martinez/Getty Images)

The Bruins finally lost a Pac-12 game, scoring only 52 points in a loss to Arizona. The Bruins face USC on Thursday in the Galen Center. UCLA won 60-58 in the first matchup. Expect another rock fight in the rematch. 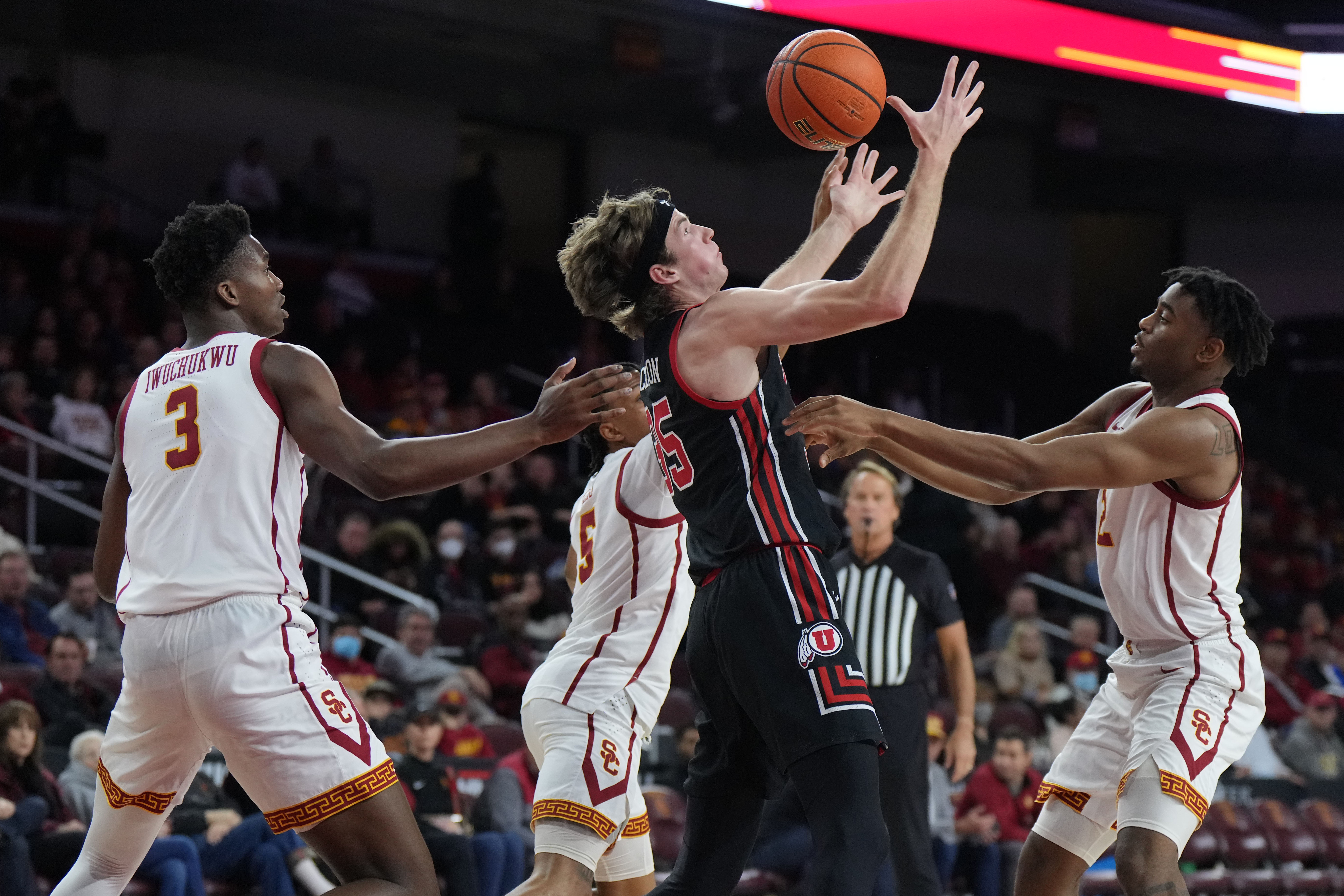 The Utes are all alone in second place. They visit Oregon this coming Saturday. The Ducks beat them in Salt Lake City earlier in January. 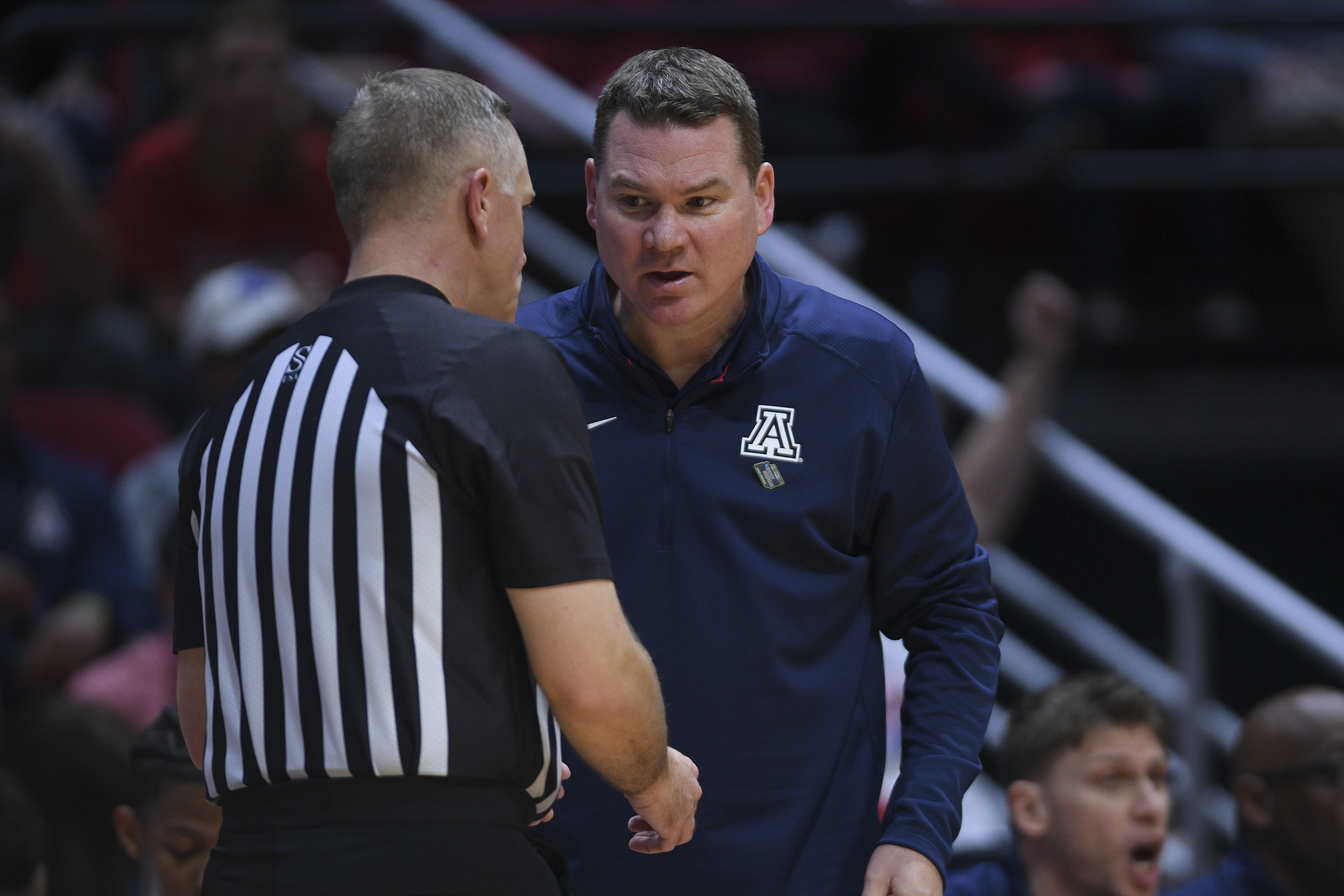 Mar 18, 2022; San Diego, CA, USA; Arizona Wildcats head Coach Tommy Lloyd (right) talks to a referee against the Wright State Raiders during the first half during the first round of the 2022 NCAA Tournament at Viejas Arena. Mandatory Credit: Orlando Ramirez-USA TODAY Sports

Arizona beat USC and UCLA to stabilize after some bad losses to Washington State and Oregon in recent weeks. 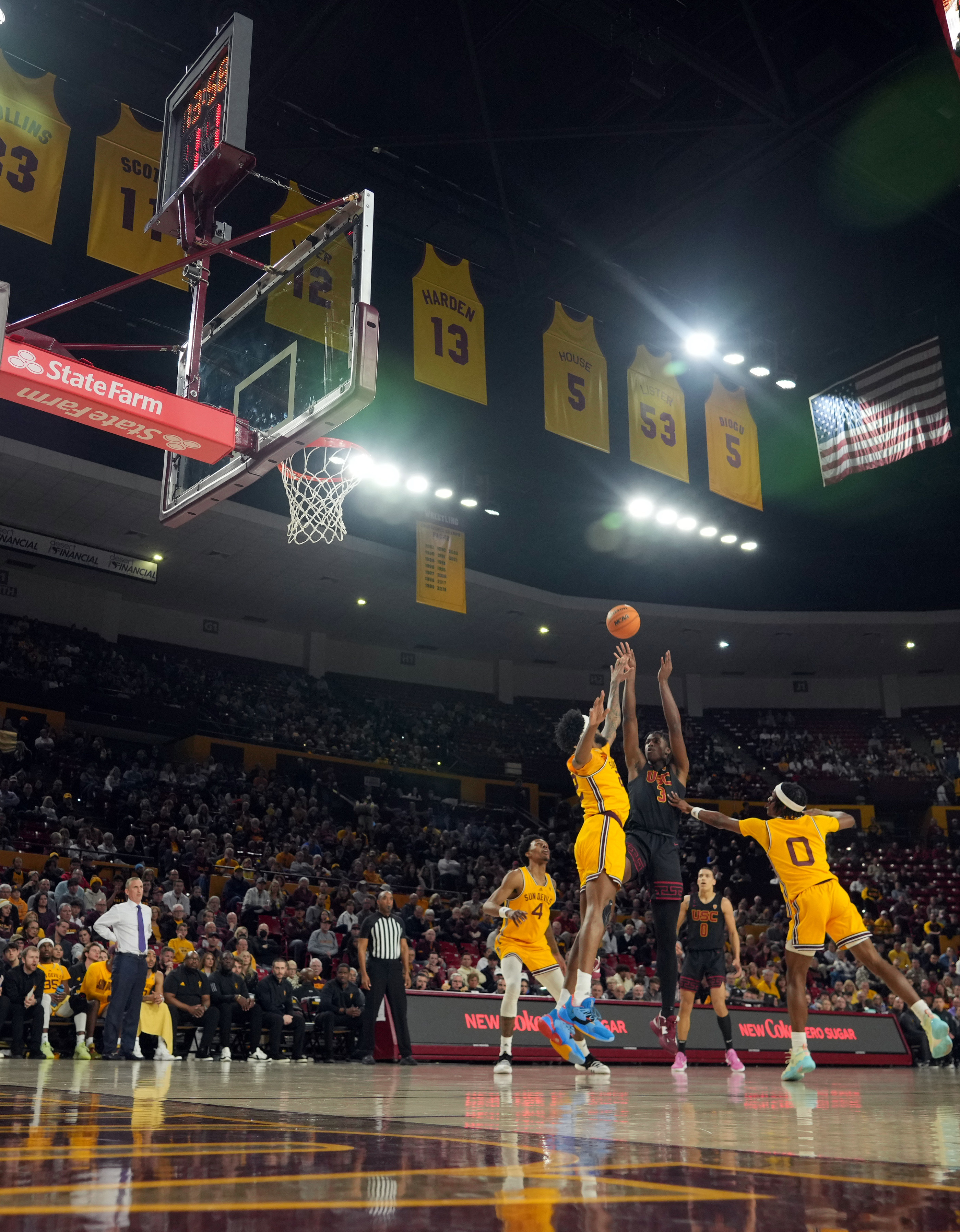 ASU is still likely to make the NCAA Tournament, but after losing at home to both UCLA and USC, the Sun Devils still have work to do. They have reduced their margin for error. They’re still ahead of USC in the Bubble picture, but now the gap between the Devils and Trojans has narrowed. 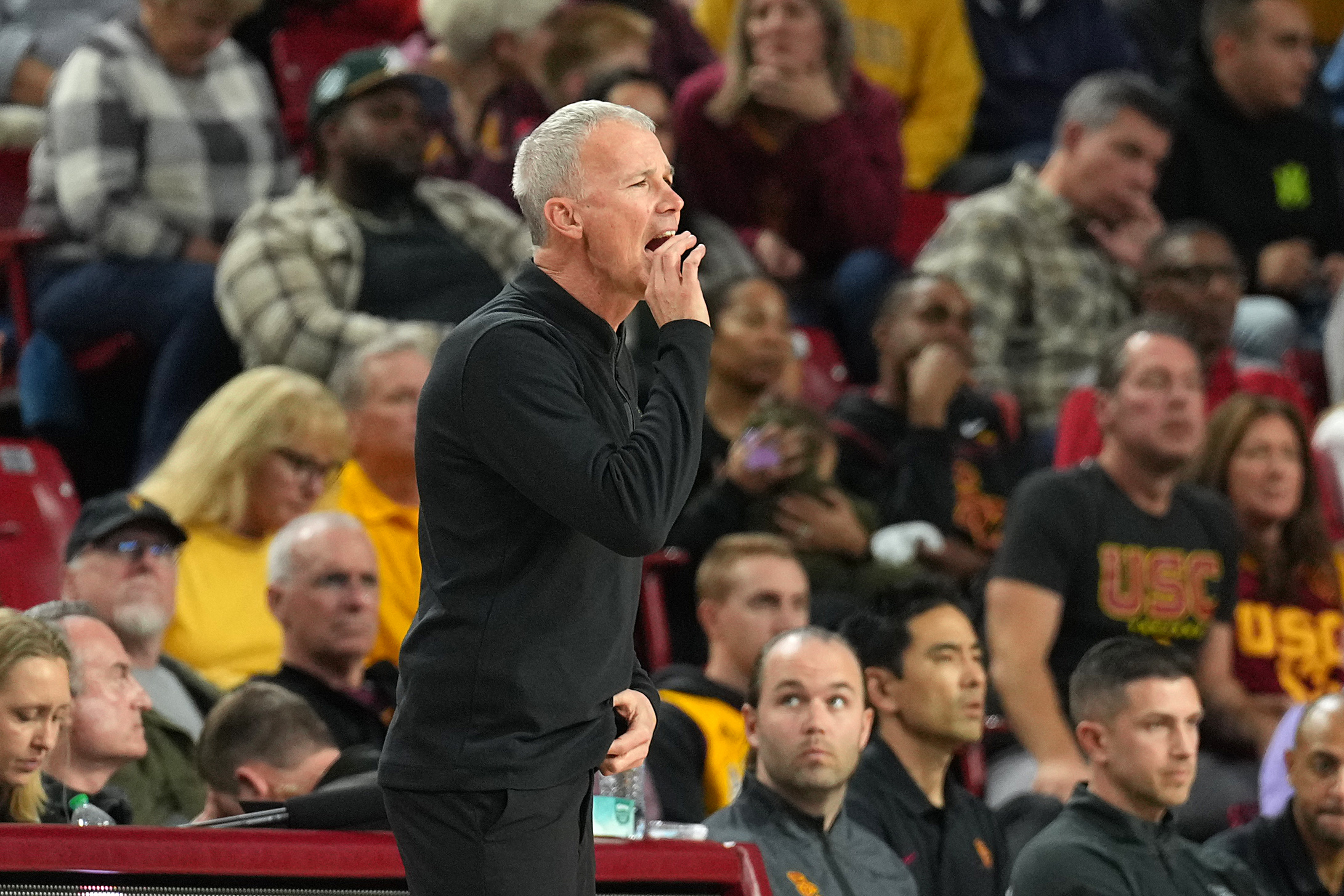 USC got the split in Arizona. Vince Iwuchukwu had a breakout game against Arizona State. If he can continue to produce at a high level for the Trojans, this team should make the NCAA Tournament. USC is now squarely on the Bubble — not on the bad or good side of the bubble, but right near the cut line for the Big Dance. One win against UCLA or Arizona likely gets USC into the tournament at this point. The Bruins are next on Thursday in the Galen Center. 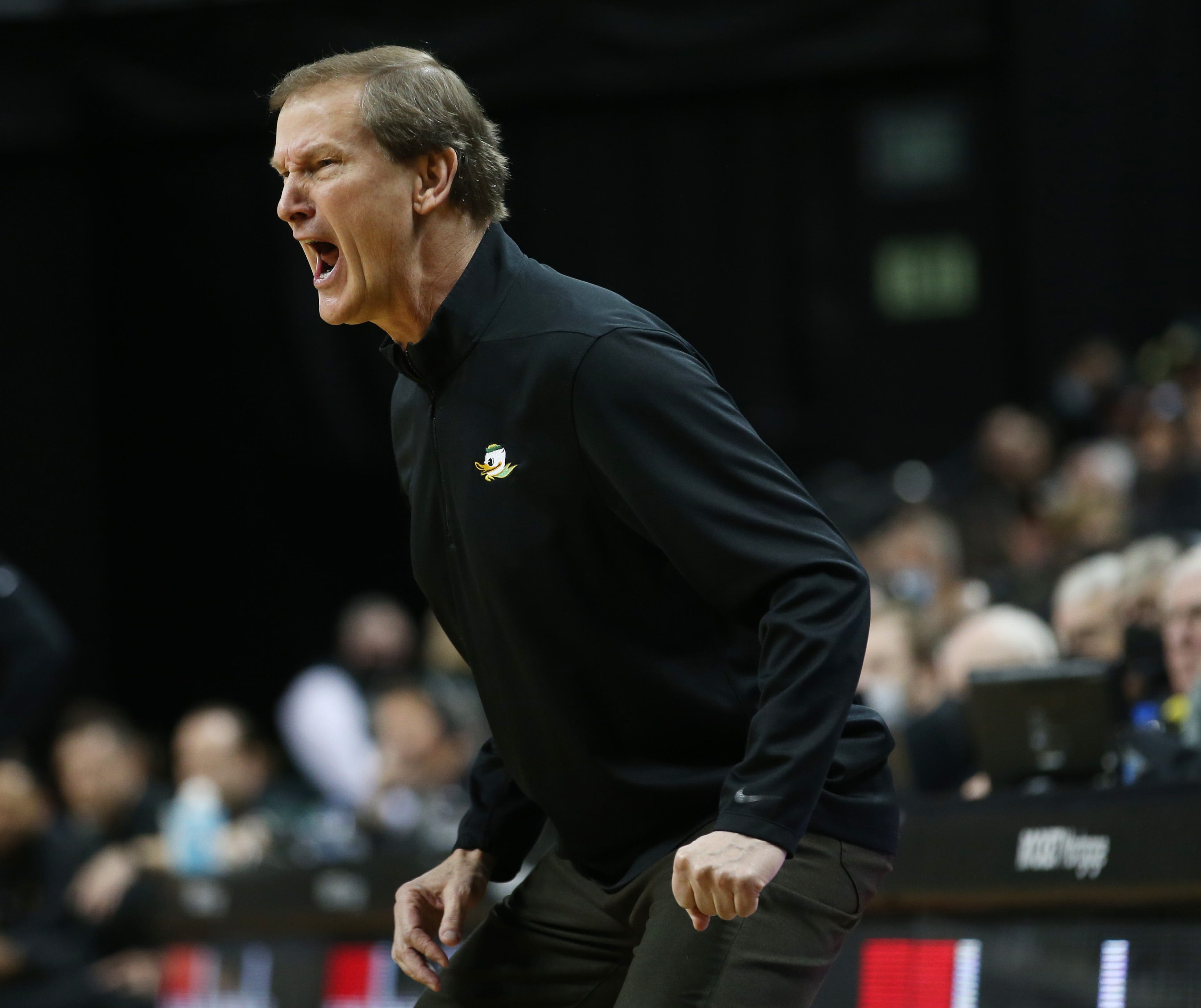 Oregon Coach Dana Altman calls to his team during the first half against USC Feb. 26, 2022 in Eugene, Ore.

Oregon continues to be the most volatile and confusing team in the Pac-12. One week ago, UO beat Arizona by 19 and looked scary. The next week, Oregon lost at Stanford. For two straight seasons, Oregon has been a Jekyll and Hyde team. Dana Altman has to be wondering what’s going on. He has clearly lost the ability to generate consistently strong results. Ever since Assistant Tony Stubblefield left to become head Coach at DePaul, Oregon hoops hasn’t been the same. 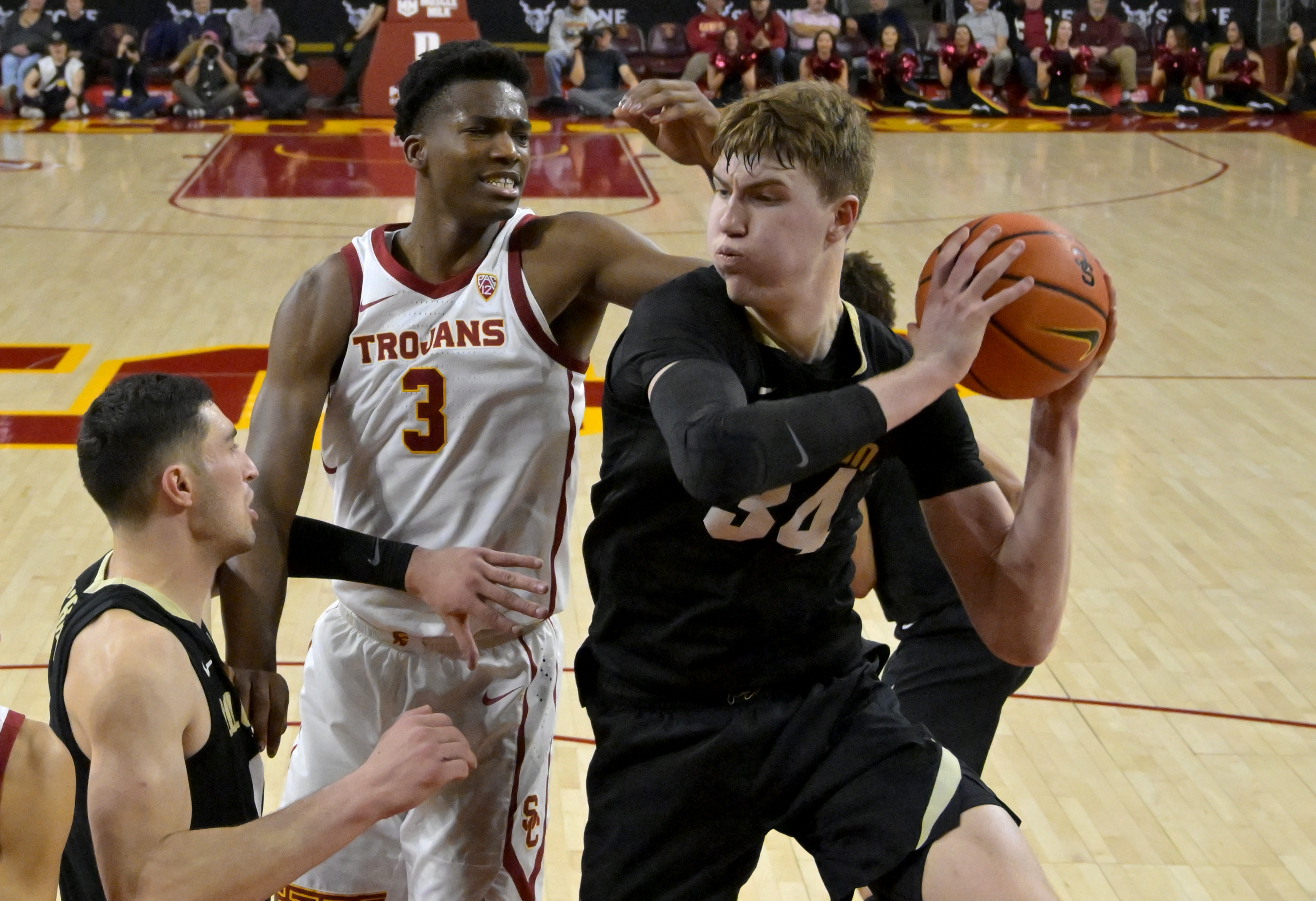 LOS ANGELES, CA – JANUARY 12: Lawson Lovering #34 of the Colorado Buffaloes grabs a rebound in front of Vincent Iwuchukwu #3 of the USC Trojans in the first half at Galen Center on January 12, 2023 in Los Angeles, California. (Photo by Jayne Kamin-Oncea/Getty Images)

A win on Sunday night over Washington State stopped the bleeding, but Colorado got swept by Washington after losing at home to the Huskies on Thursday. CU is nowhere close to being an NCAA Tournament contender. Tad Boyle surely expected more from a team which crushed Tennessee — a likely No. 2 seed in the NCAA Tournament — in November. 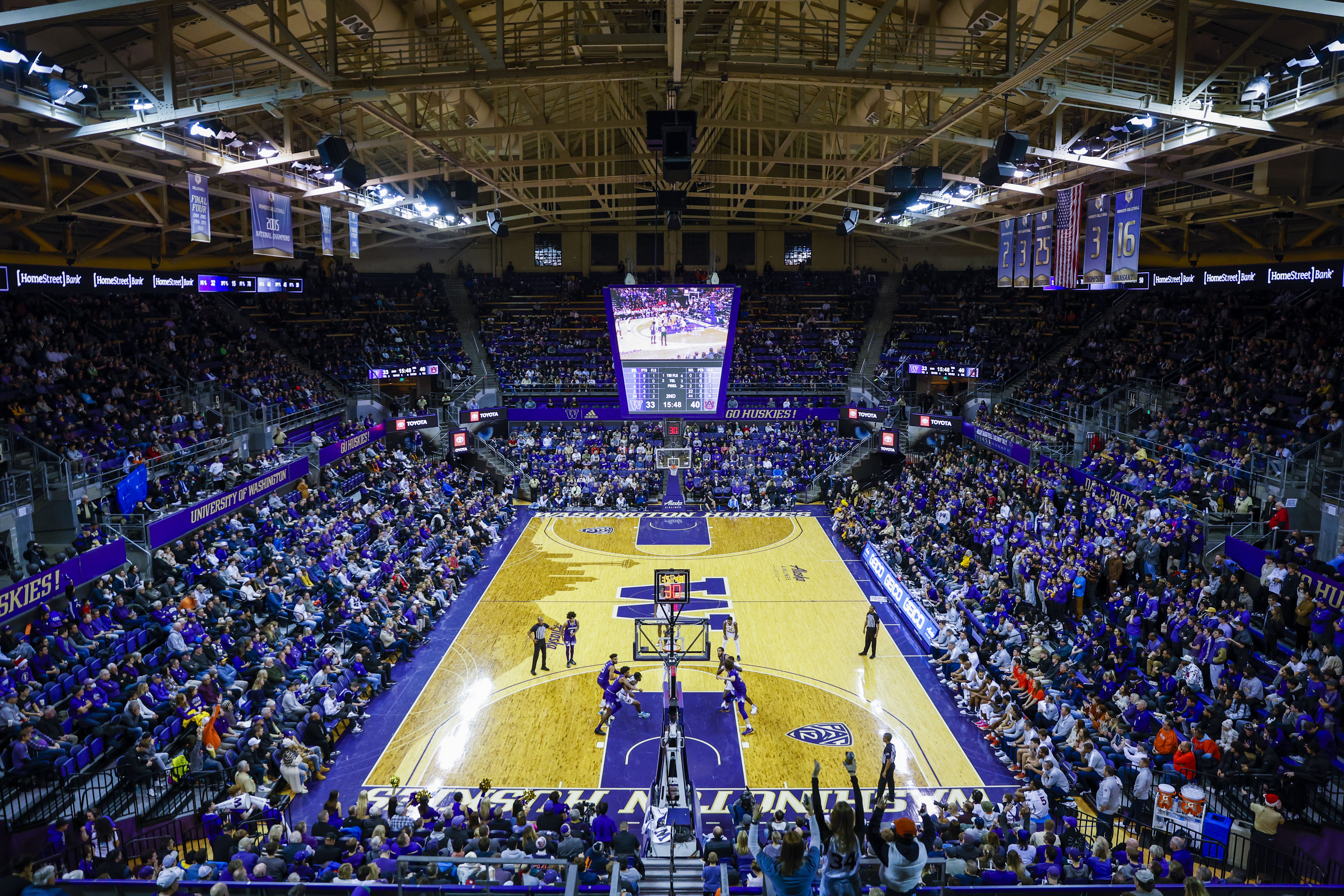 The Huskies won at Colorado and lost at Utah. That’s not a bad result, but the larger reality is that Washington won’t be making any postseason plans unless it can really catch fire over the next five weeks. 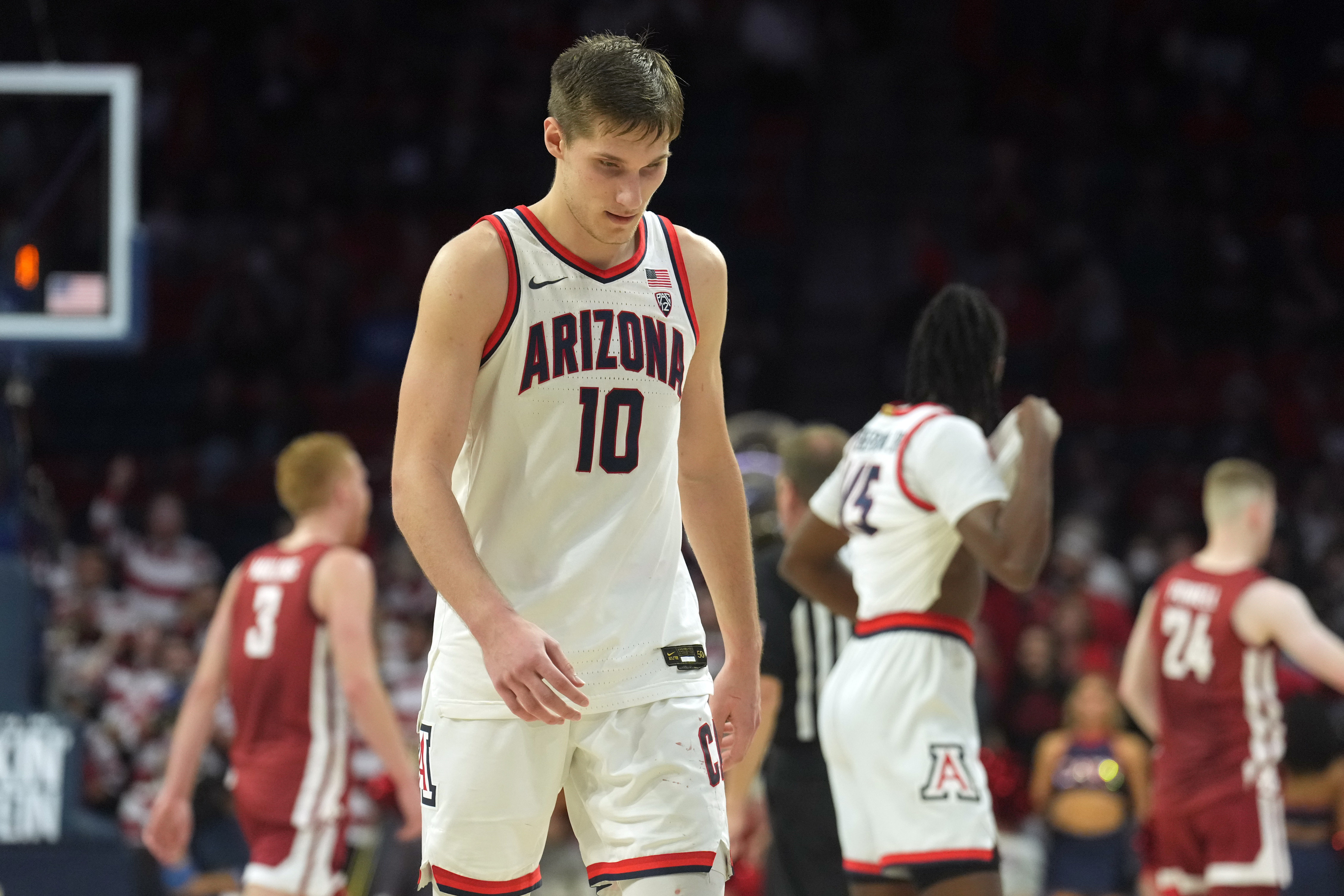 The Cougars won at Arizona but have not built on that achievement. Wazzu lost at Utah and Colorado on the Mountain road trip. 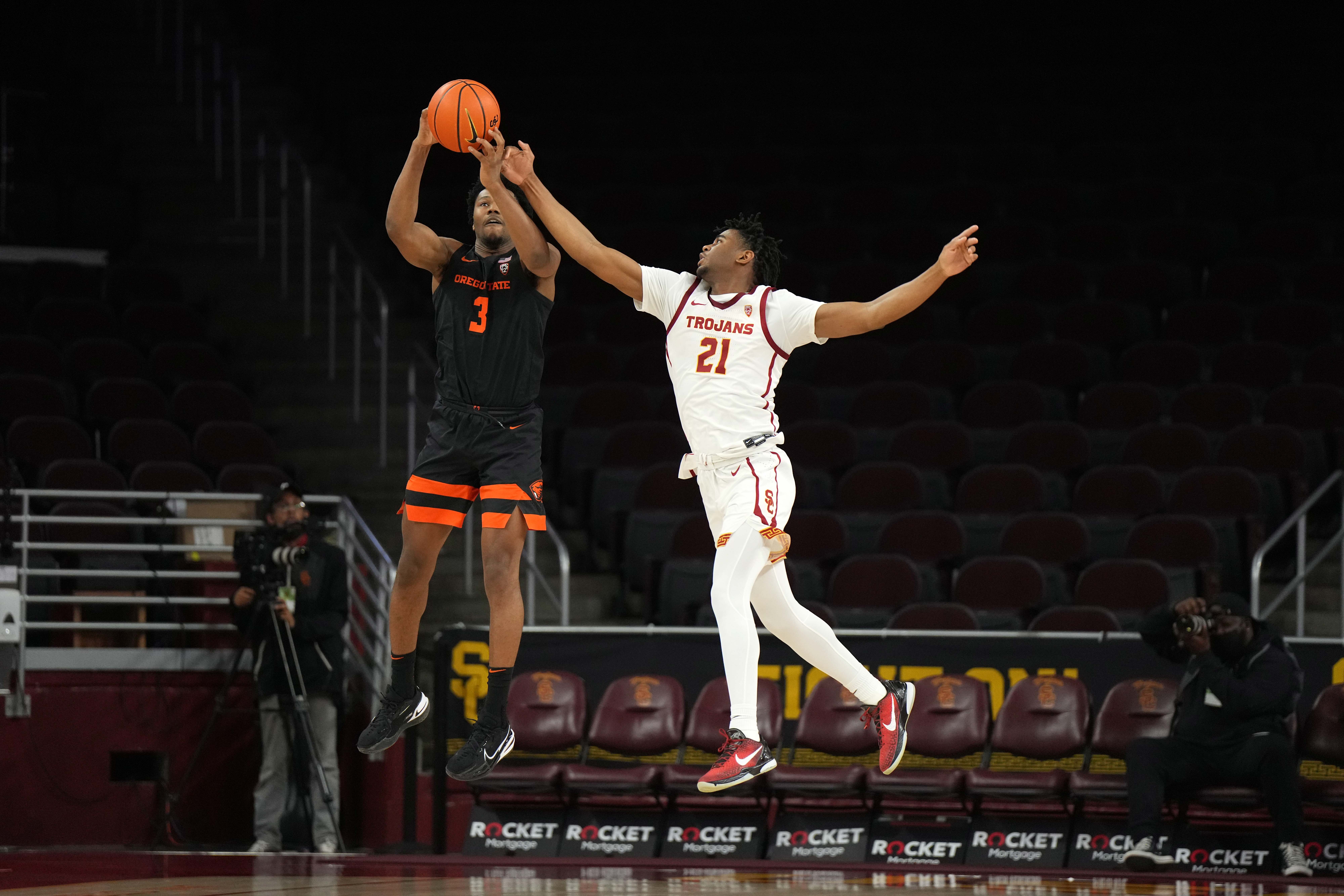 Oregon State gave Stanford its first Pac-12 Conference win of the season, but the Beavers then bounced back on the road at Cal on Sunday, hammering the Golden Bears. Oregon State’s offense is abysmal. The Beavers need to hit the transfer portal in the offseason. 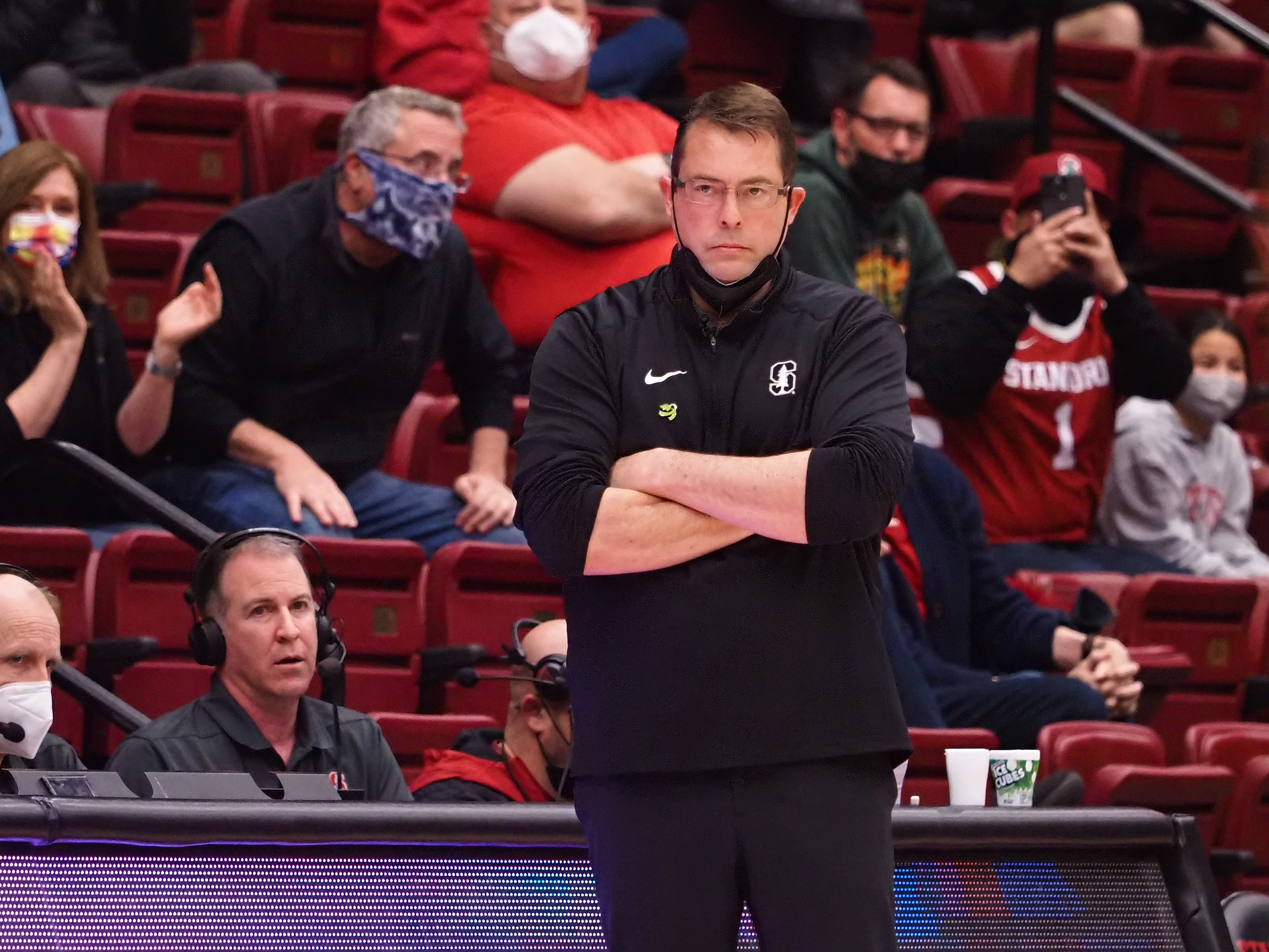 Stanford swept the Oregon schools at home, but no one thinks that will save Jerod Haase’s job. 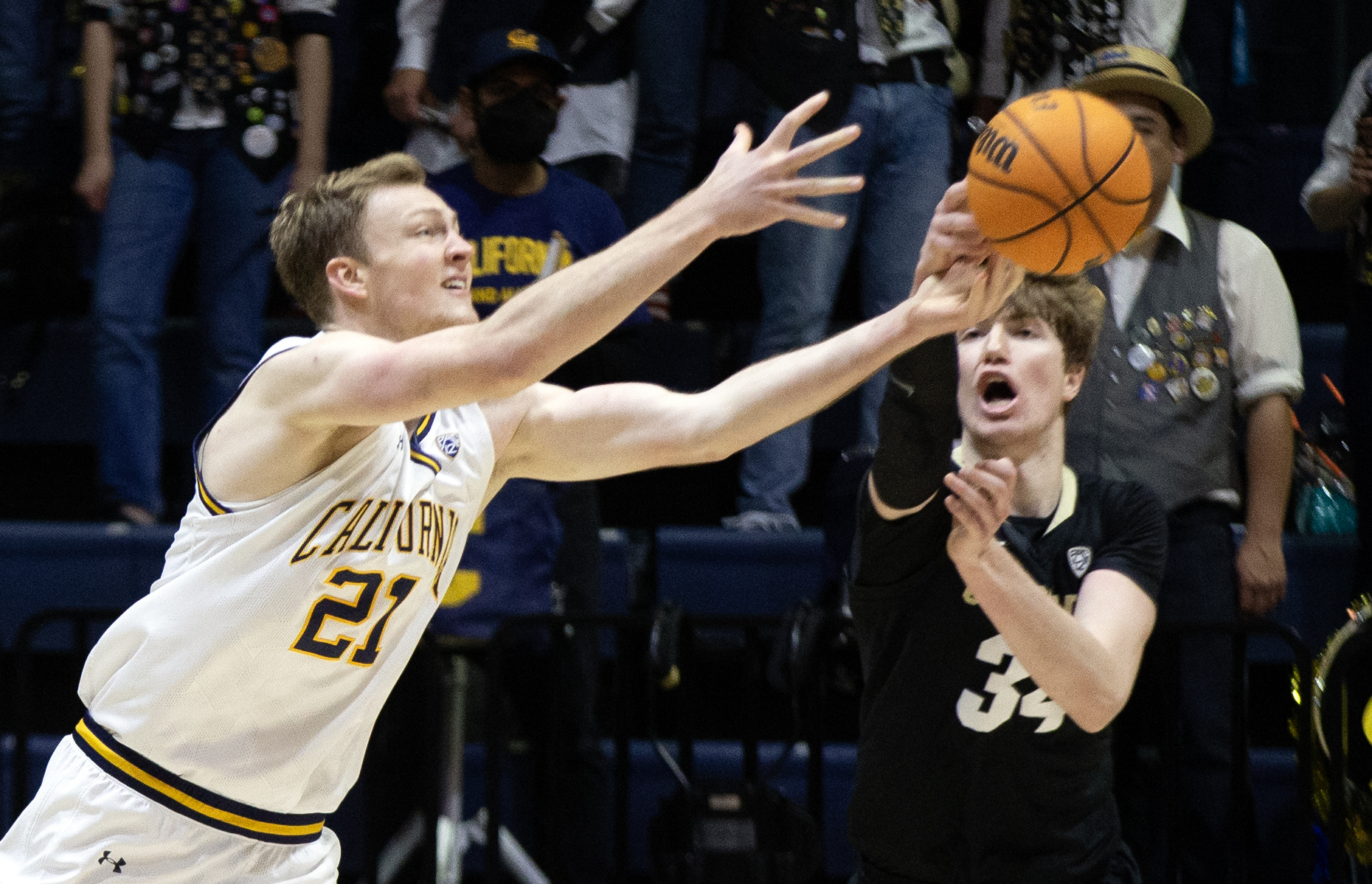 Two ugly home-court losses to the Oregon schools reminded everyone how bad Cal is. Colorado and Stanford have to be wondering how they lost to this team.