This week’s edition of NBA CrunchTime tips off at 8:30 pm ET in the US and Canada. As always, CrunchTime is the best way to stay keyed in on all of the action from around the league, while also getting your dose of Fantasy basketball coverage.

NBA CrunchTime is set to whip around an 8-game slate tonight, starting at 8:30 PM ET on the NBA App!

Here’s everything you need to know on tonight’s must-see matchups:
➡ https://t.co/EGA87X5Heu pic.twitter.com/5t3JVkdBVp

Here are the top matchups you can expect to see on CrunchTime tonight.

In a Matchup that Promises elite-level guard play, the Oklahoma City Thunder will face the Atlanta Hawks Tonight at 7:30 p.m. ET. Trae Young (27.8 ppg, 9.6 apg) always puts on great performances against his Hometown team, most notably dropping 41 points and 8 assists in 3 Quarters against Oklahoma City last season. On the opposition is one of the best stories of the season, Shai Gilgeous-Alexander (31.1 ppg, 4.7 rpg, 6.0 apg). The young star has been in a flow state as of late, and should he drop 30 Tonight it will be his 7th consecutive game with 30 or more points. 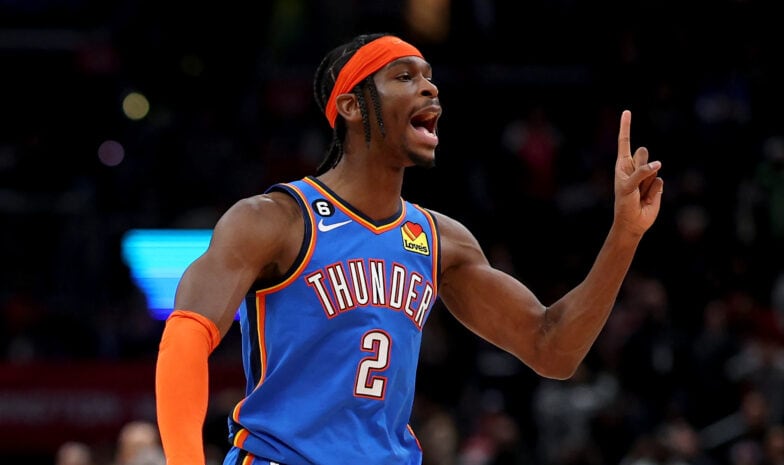 Gilgeous-Alexander is in the midst of a breakout season with Oklahoma City.

Another meeting of contentious rivals

After last spring’s fiery playoff series between the Suns and Mavericks in which Dallas won the final two games by an average of 30 points to send Phoenix home earlier than expected, it’s clear that a rivalry has been solidified between the two Western Conference contenders. In their season opener this year, Phoenix rallied from a 22-point deficit to beat Dallas 107-105. Expect both teams to want this win badly. And of course, Devin Booker (29.1 ppg, 5.0 rpg, 6.0 apg) vs Luka Doncic (33.4 ppg, 8.6 rpg, 8.6 apg) always guarantees a show. 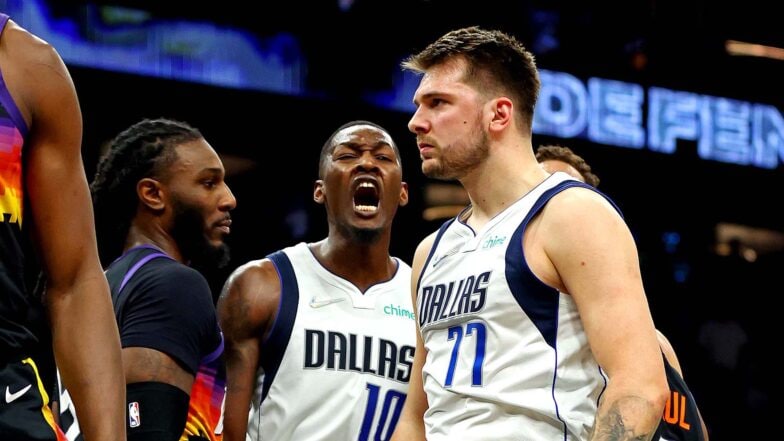 A rematch of two Western Conference powerhouses is on display Monday night.

League-best Celtics face a tough test north of the border

The Celtics are still Flying high at 19-5 on the season, led by dynamic duo Jayson Tatum (30.7 ppg, 8.1 rpg 4.3 apg) and Jaylen Brown. Brown in particular has come alive as of late, having shot at least 50% from the field in 11 of his past 12 games, with averages of 28.7 ppg 7.3 rpg and 4.0 apg during that stretch. However, a staunch test awaits them in Toronto, as the Raptors are 9-2 at home and led by perennial all-star candidate Pascal Siakam (24.2 ppg, 8.9 rpg, 7.1 apg). Last time out, Siakam moved into fifth place on Toronto’s all-time scoring list past Andrea Bargnani. No doubt his confidence will be burgeoning ahead of this matchup.

Here’s a look at the entirety of Monday night’s slate. Catch all the action on “CrunchTime,” streaming on the NBA App: