GLENS FALLS – After getting a taste of history with the program’s first state title last season, Mount Academy was determined to do it all again and repeat as NYSPHSAA Class D champions.

On Sunday, they got the perfect ending to a perfect season.

“Last year was awesome and this year is doubly awesome, because we didn’t think we were going to be here,” Mount Academy Coach Sandy Mancuso-Lopez said. “You can never take this for granted. We’re going to savor this as long as we can.”

Final Four preview: A class-by-class look at the competing teams that will be joining local Hudson Valley teams at the NYSPHSAA volleyball final four

Mount Academy came out swinging to start, taking the first set in lopsided fashion. Harley-Allendale-Columbia regrouped and led for most of a competitive second set, but then the Eagles were able to regain the lead.

With the second set tied up at 16, Mount Academy pulled away after a 4-0 run and hardly looked back from there. The sealed things in the final set after an early back-and-forth start.

“I’d say we’re a mentally tough team,” Mount Academy senior Ruby Moody said. “We’ve come back from behind quite a bit. We played a lot of big tournaments against good Class AA and A schools, which helped us out with that.”

That mental toughness was on full display throughout their impressive campaign, which ended with an 18-0 record in match play. After a dominant regular season, where only two matches went more than three sets, the Eagles remained flawless in the postseason. With higher stakes, they elevated their play to even greater heights.

Their toughest test came from friend-turned-rival Millbrook, who dropped down to Class D, after reaching the state final four in Class C last season.

After two tough regular season meetings, the Eagles bested them a third for the Section 9 crown, Downing them in four sets. Outside of that, they never dropped a single set in sectional, regional, or state playoffs.

Dating back to the start of last season, Mount Academy has only lost one match throughout its back-to-back state title surge.

“We had quite a battle to get out of Section 9, with a very strong (Millbrook) team,” Mancuso-Lopez said. “Going into the season, we didn’t think we’re going to be playing in November, but the fact that we did was incredible. This is an Incredible bunch of girls, everyone stepped up and everyone did a Fantastic job all weekend long .” 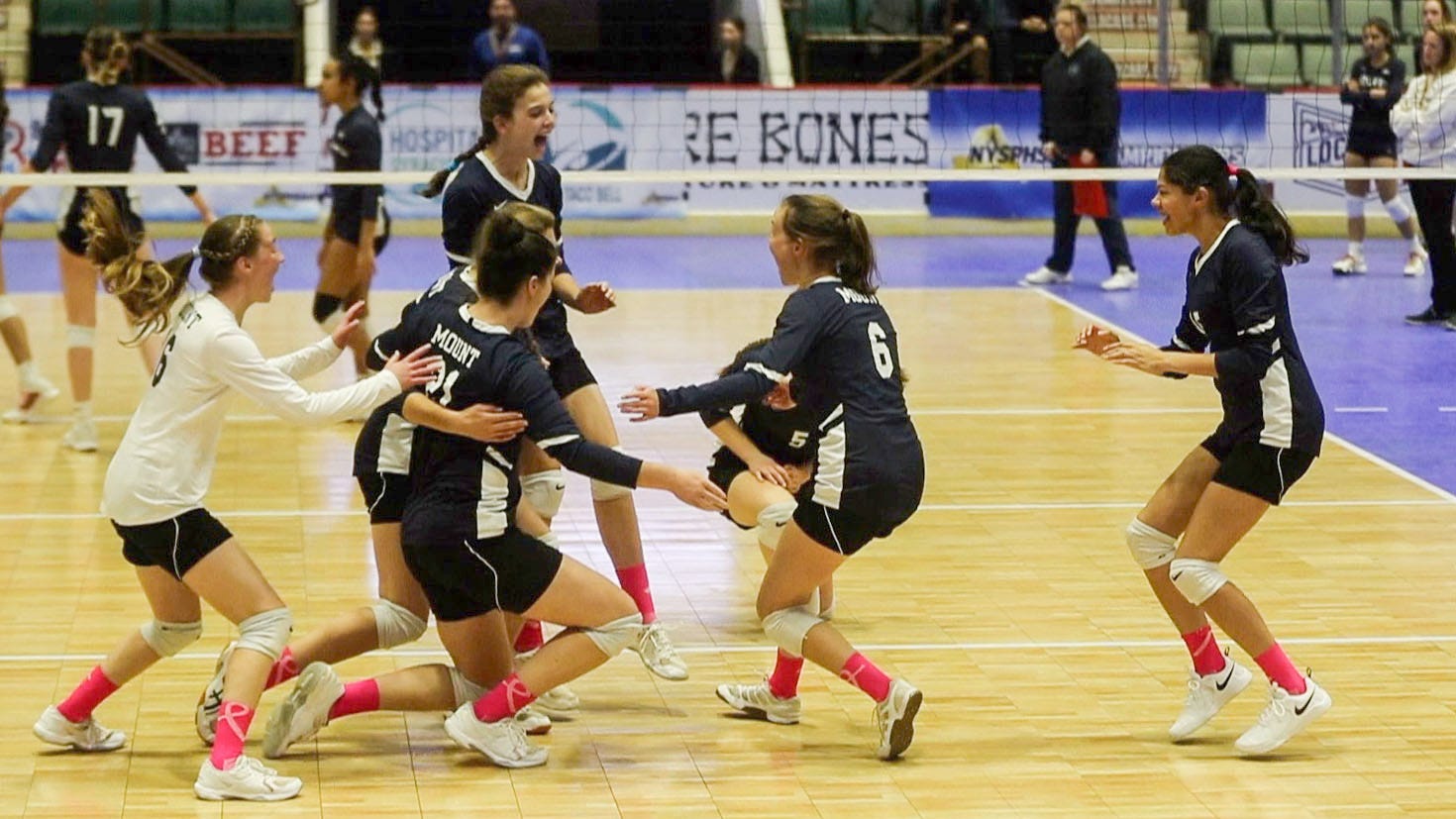 While Cool Insuring Arena’s atmosphere can be intimidating for some teams, that didn’t seem to be the case for Mount Academy.

“All season, we’ve been saying just have fun, keep everything totally chill on the court,” Mount Academy sophomore Amy Boller said. “Having fun with each other and always laughing, keeping the atmosphere light has done wonders for our team. All of Saturday, we were having fun and we never let up. Our team spirit has carried us through.”

“Especially since I’m a senior, it’s a really good way to go out,” Moody said. “A lot of teams have to lose in their last game, but we’re one of the few who don’t, so that’s incredible.”