The NFL is down to the final four teams. On Sunday, in the NFC, the San Fransico 49ers will take on the Philadelphia Eagles, and in the AFC, the Cincinnati Bengals will play the Kansas City Chiefs.

Entering the season, there were 35 former Michigan football players on the active 53-man rosters in the NFL. The Wolverines will have seven former players playing on Sunday in the conference championship round.

In fact, Michigan has the second-most former players suiting up this weekend behind only Oklahoma.

In this article, we are going to show you which former Michigan football players you may see on Sunday. Plus, we will give a brief description of how they did this season with their respective stats.

Dax Hill was the 31st pick in the 2022 NFL draft this past spring. The Bengals’ safety totaled 145 snaps this season on defense while starting two games against the New York Jets and Tampa Bay.

For the season, Hill has had 16 tackles going into Sunday. 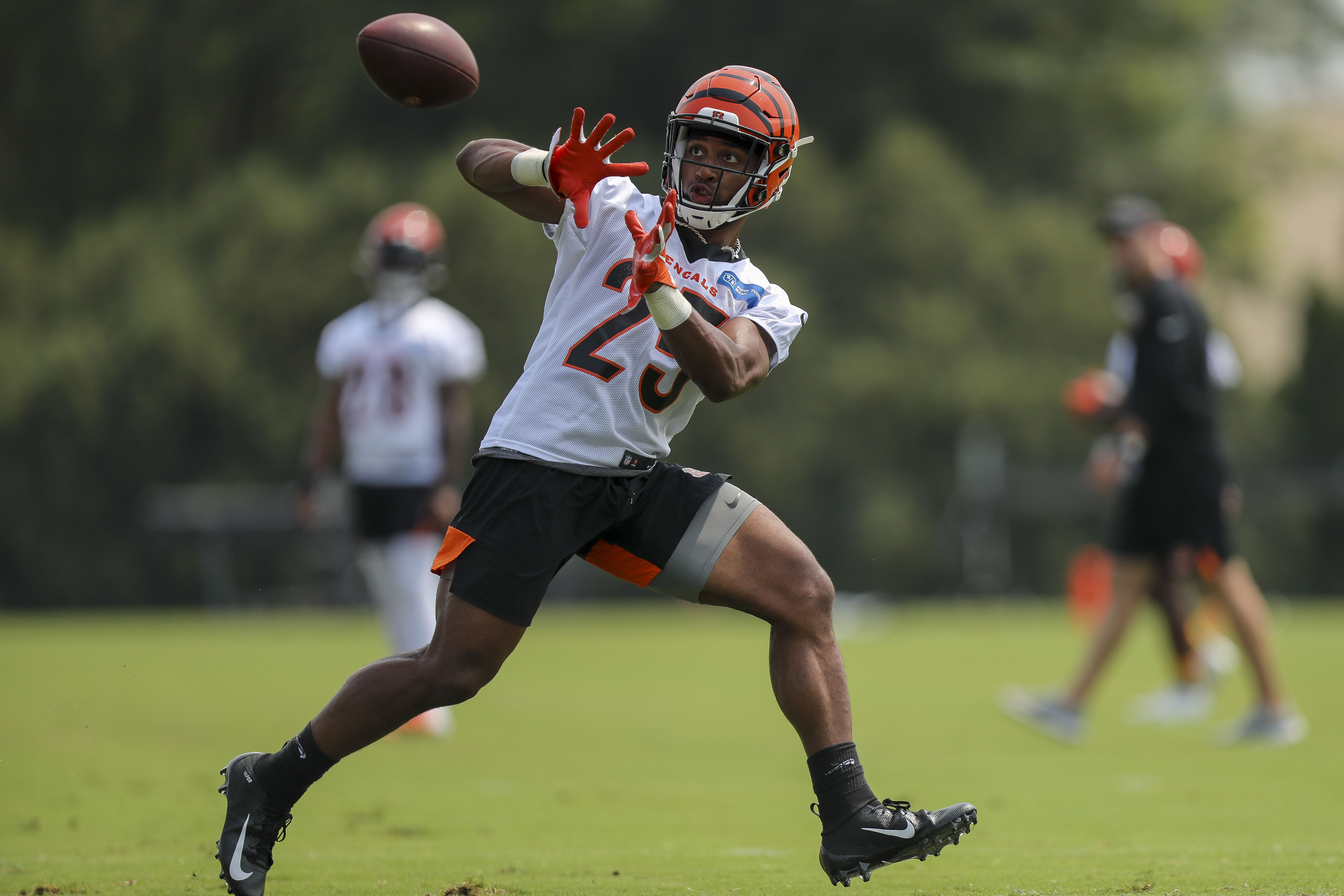 The former sixth-round selection in the 2021 NFL draft played quite a bit in 2021 playing 107 snaps on offense. But in 2022 he has been limited to 18 total snaps on offense. The former Wolverines’ running back has three catches this season for 38 yards and one touchdown.

Evans also had 10 kick returns for 211 yards going into Sunday. 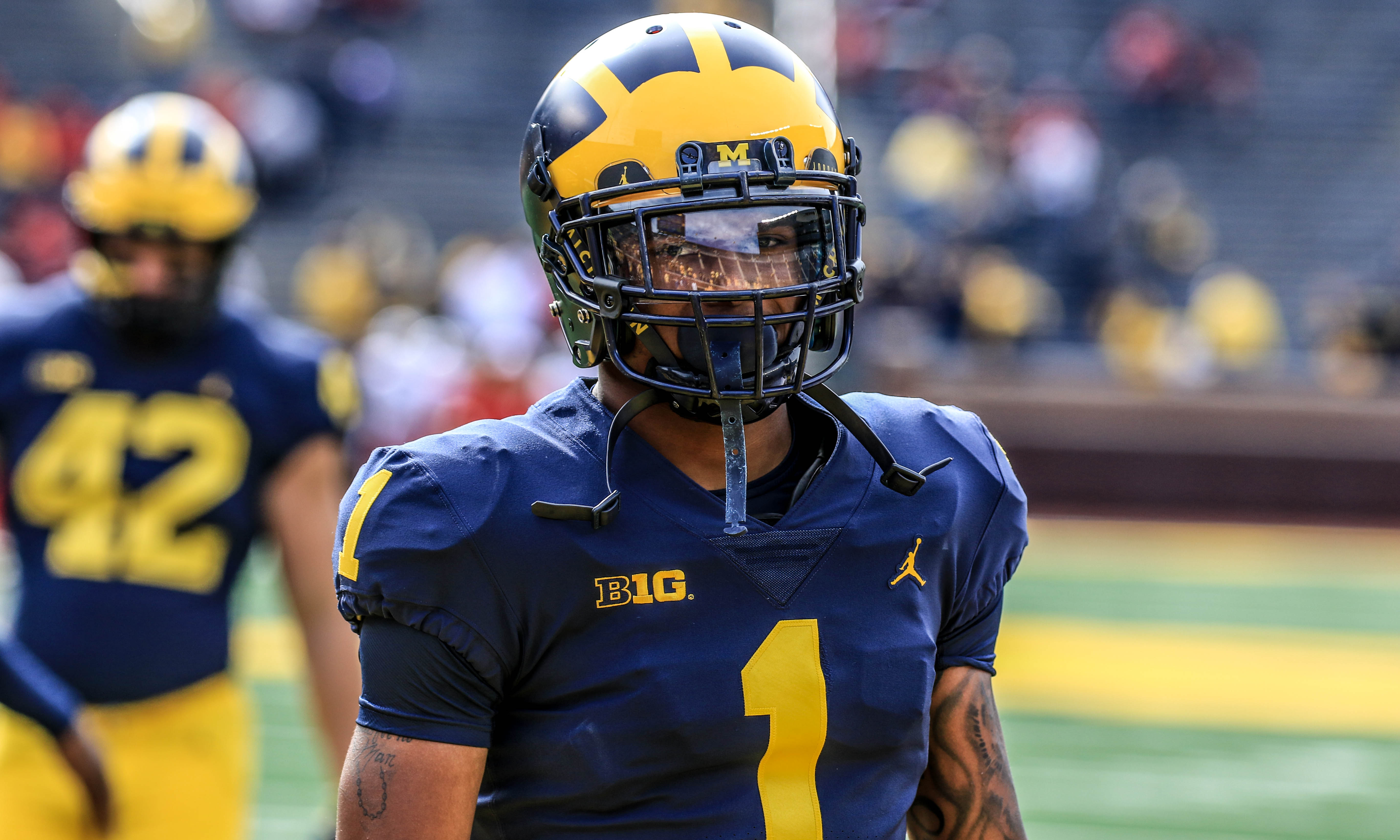 Ambry Thomas was a third-round selection in the 2021 NFL draft.

The former Michigan cornerback played a ton during his rookie campaign last season registering 483 snaps. But injuries have hampered his 2022 season.

Thomas has played in six games this year getting 13 total tackles. He has already been ruled out for the contest on Sunday. 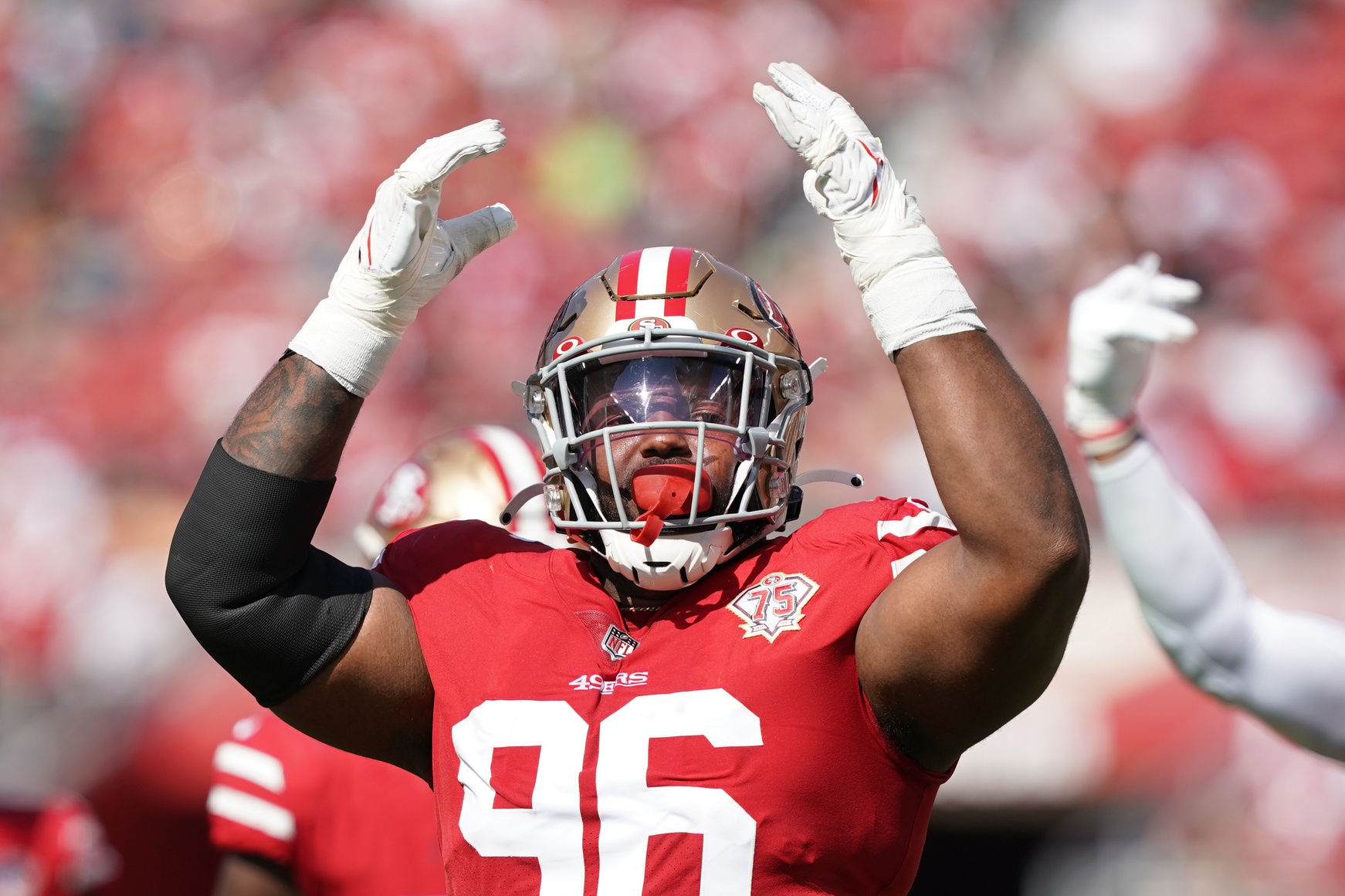 Hurst was a fifth-round pick by the Oakland Raiders back in 2018. He played three seasons with the Raiders before the 49ers picked him up in 2021.

But injuries derailed most of his 2021 season with the 49ers and after tearing a bicep in August of 2022, the former Michigan defensive lineman hasn’t played a down this season. 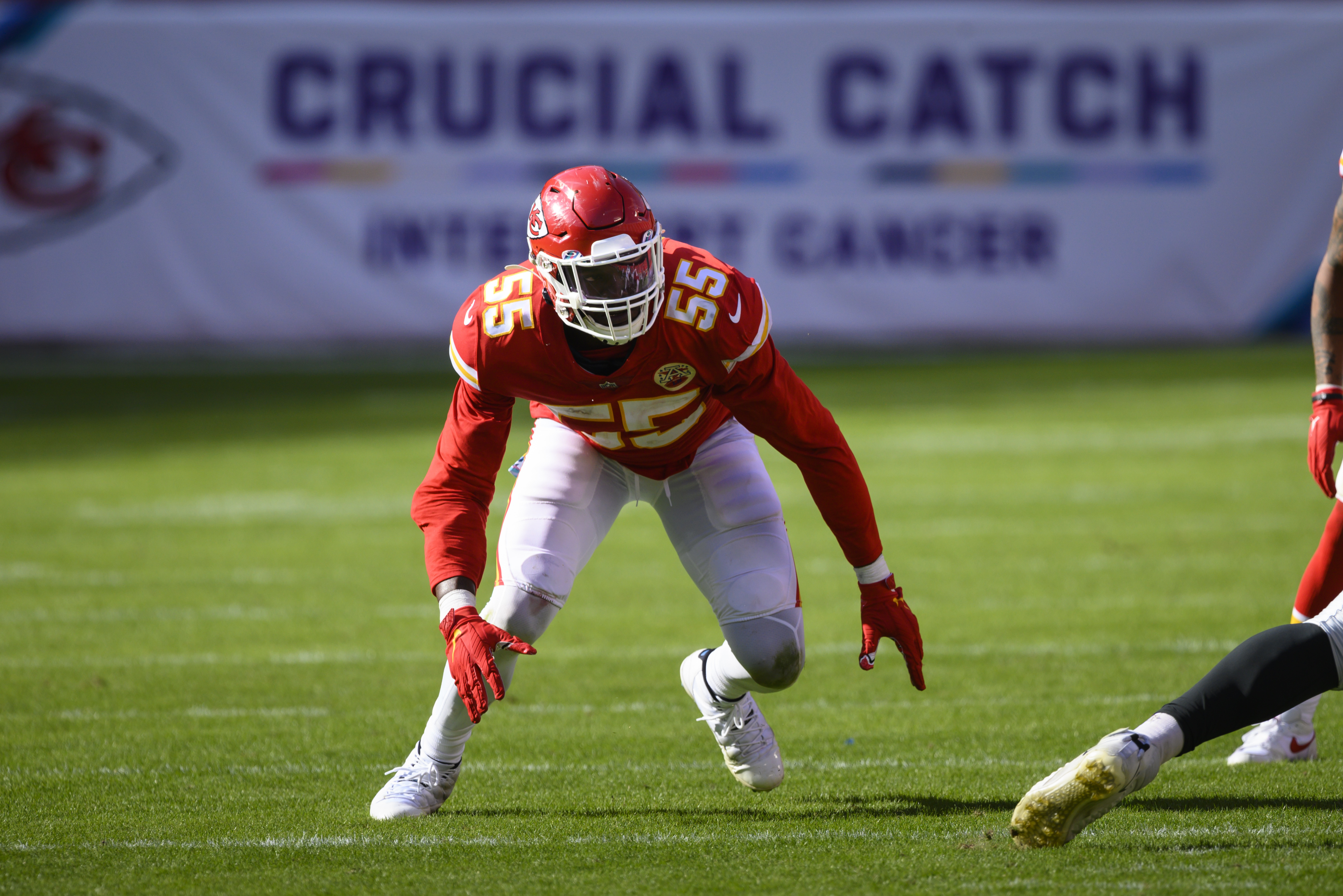 Frank Clark, a former second-round pick in 2015, started all 16 games he played this season. He started his career off with the Seattle Seahawks before going over to Kansas City in 2019.

Clark, a stalwart on the defensive line, had 39 tackles and five sacks entering Sunday. 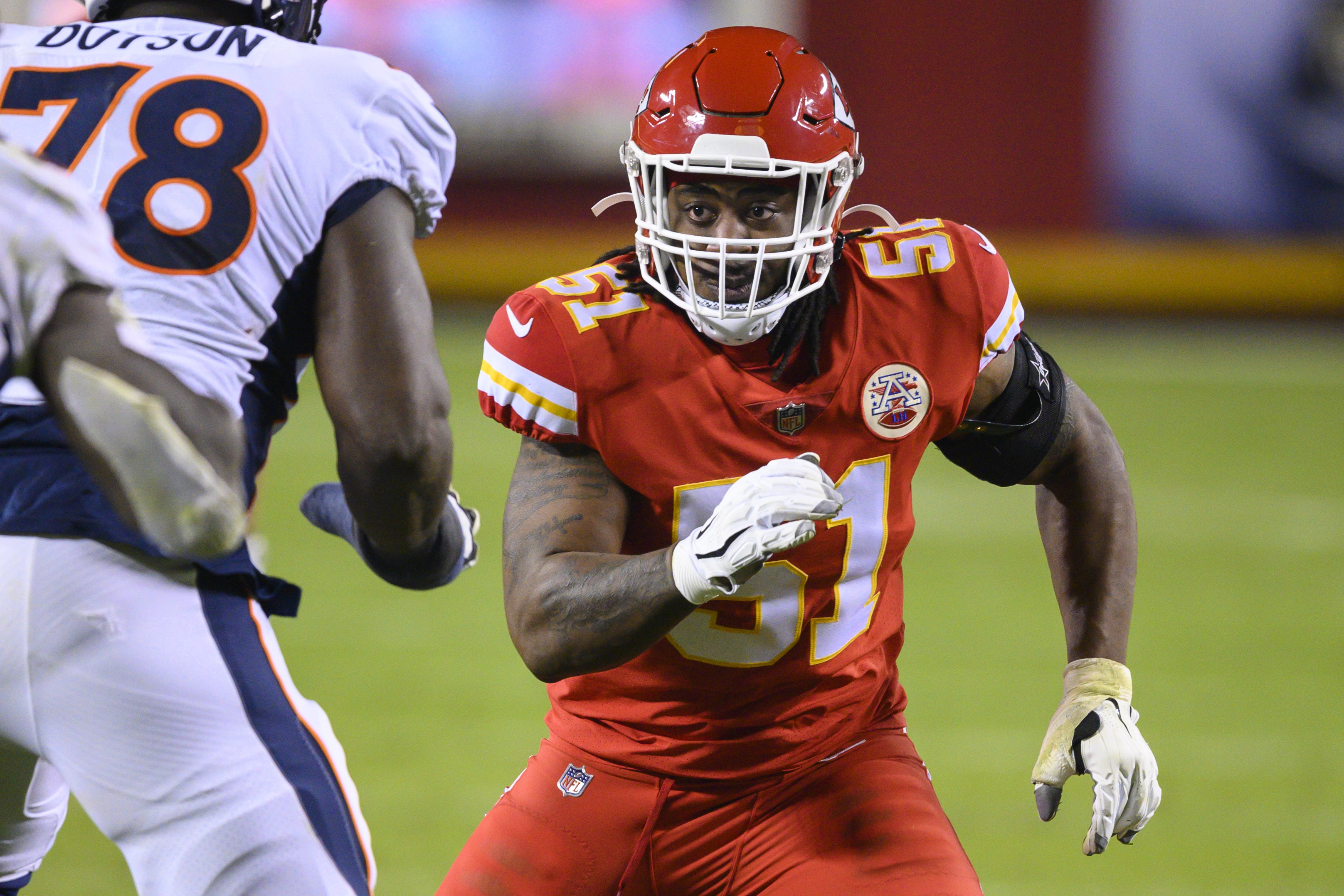 Mike Danna started his career at Central Michigan before finishing it at Michigan. He was a fifth-round selection by Kansas City in the 2020 NFL draft.

Danna is a key cog in the edge rotation in Kansas City. He has played over 500 snaps in back-to-back seasons. He has had 27 tackles and five sacks this year for the Chiefs. 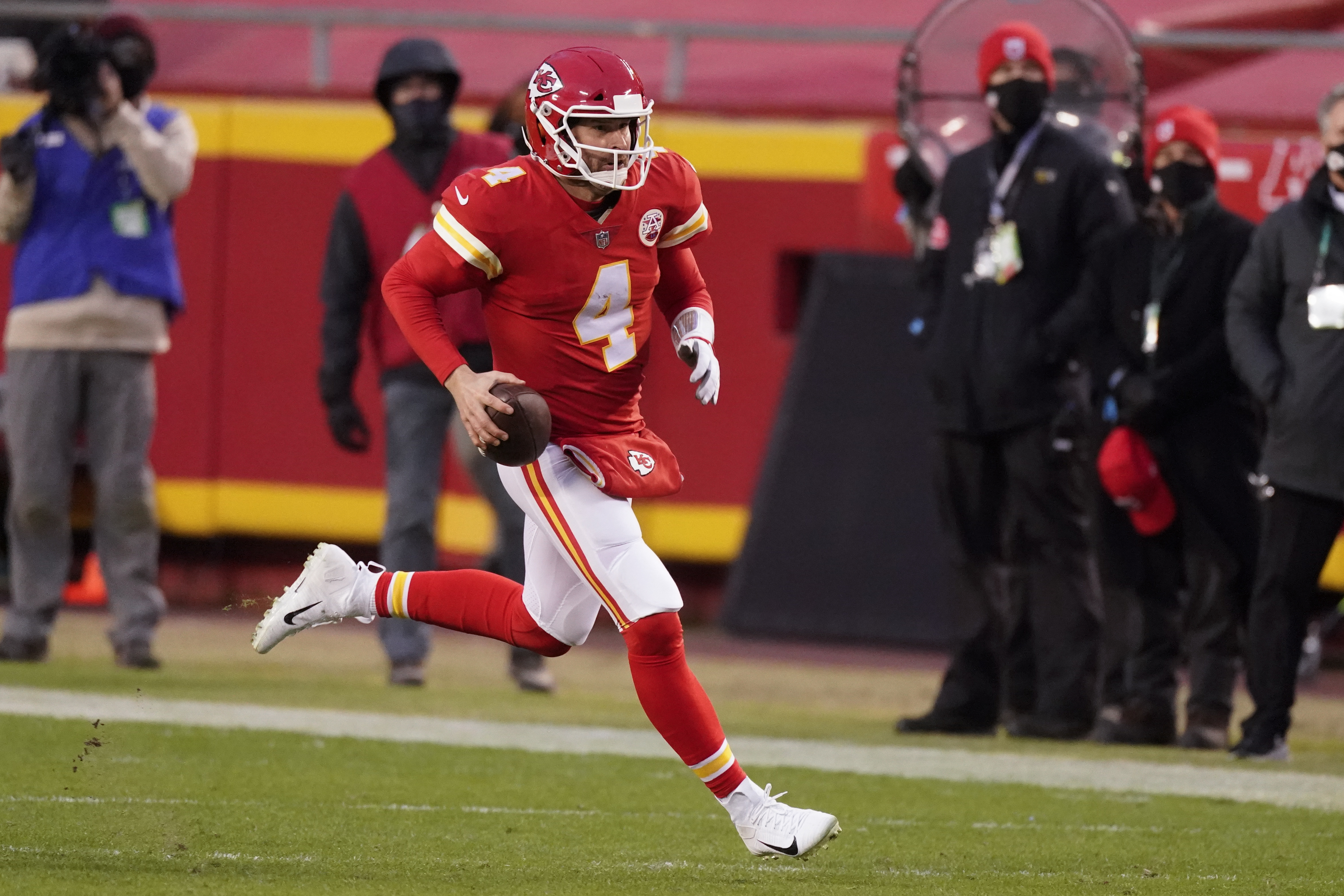 Chad Henne has been in the league since 2008. He started his career off with the Miami Dolphins as a second-round choice before going to Jacksonville for five years. Now, in his fourth year with Kansas City, Henne is an important backup to Patrick Mahomes. 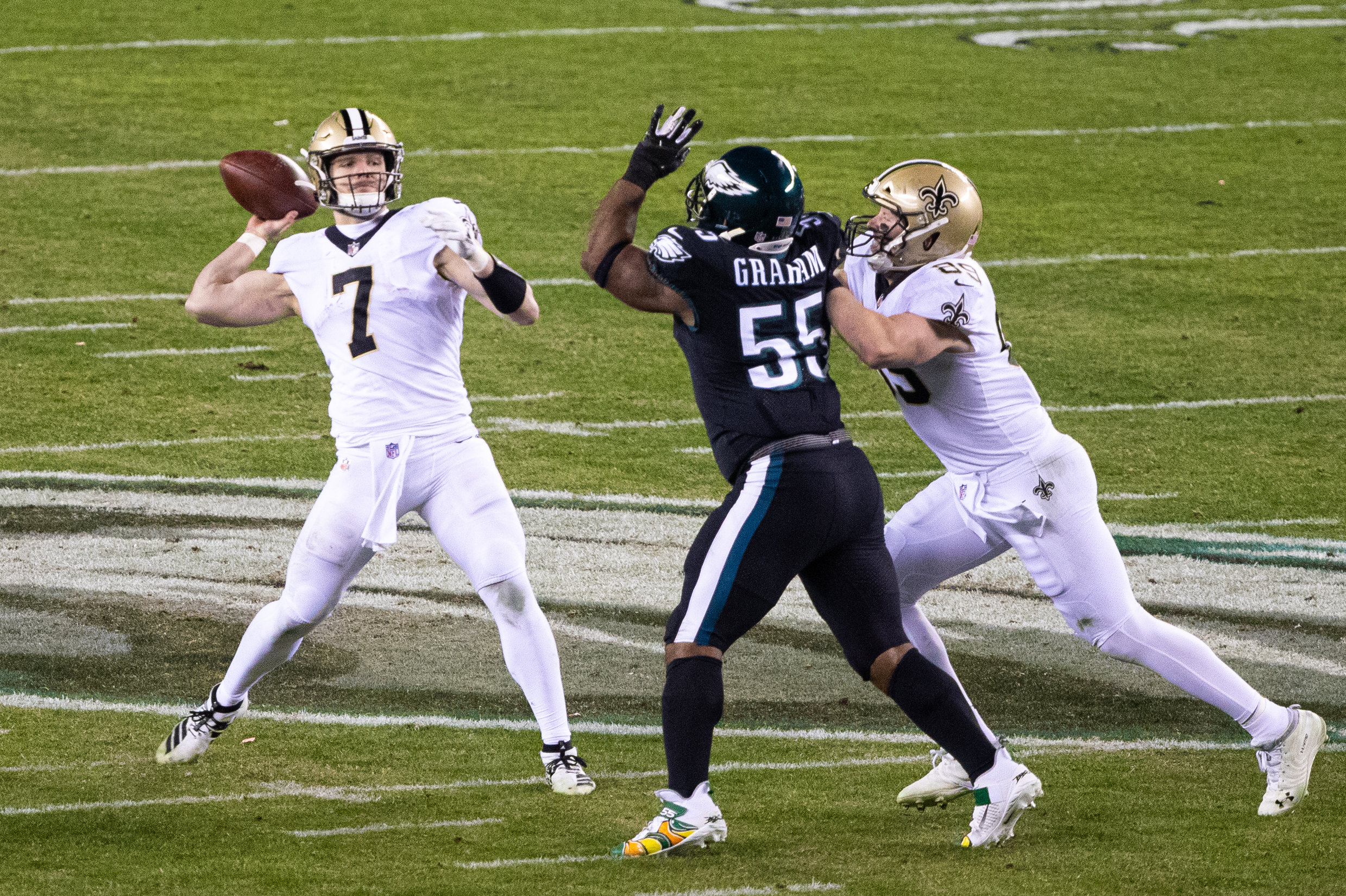 Brandon Graham, a first-round pick in 2010, is still going strong. Graham is still a big-time component on the Eagles’ defensive line.

Graham has played in every game this season and he tallied 35 tackles along with 11 sacks entering Sunday. This season is the most sacks he has had in an entire season during his 13-year tenure with the Eagles.