THE officials got it right by not penalizing Rangers defender Connor Goldson for handball against Dundee United.

That’s the view of Michael Stewart, who insisted it was IMPOSSIBLE for the big centre-back to get out of the way.

Having been at the center of handball controversy in Monday’s 2-2 draw against Celtic, Goldson was involved in another handball incident in the Gers’ 2-0 win over Dundee United.

A corner was floated in, with the ball reaching a crowded area where it struck the arm of Goldson.

Referee Steven McLean wasn’t interested in any shouts for a penalty, and VAR Steven Kirkland didn’t take long at all to give the all-clear.

Former Rangers striker Kris Boyd was adamant it wasn’t a penalty kick on Sky Sports, and Sportscene’s Michael Stewart was in full agreement. 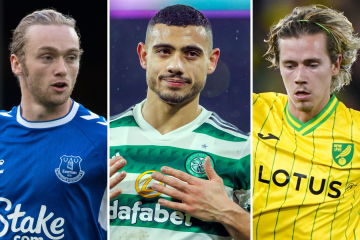 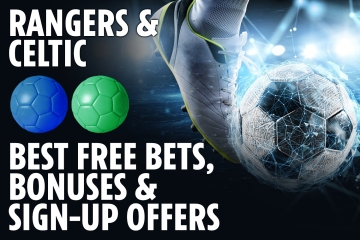 Analyzing the incident on the BBC Scotland programme, Stewart rubbished any suggestion that Goldson should have been penalised, insisting there was simply nothing he could do in the situation.

Stewart said: “It’s not a penalty kick. I mean, we’ve got to the stage where I feel that we’re looking to punish players for doing nothing wrong.

“Look at the amount of bodies that are in front of Connor Goldson there. He has got no way of knowing that that ball is going to come anywhere near him.

“His arm is in a completely normal position playing football when he’s defending.

“If you give a penalty kick for that, I just think it’s incredibly harsh.

“Here’s another thing. That’s coming from the corner, right. He’s got probably ten bodies in front of him. He’s got a millisecond to react if you’re saying that he needs to get his arm out of the way.

“He doesn’t put his arm in the way, his arm’s already there.

“In tennis, right. When they serve, it goes so fast, your eye cannot track the ball as your brain’s predicting where it’s going to go.

“You’ve got a ball that’s probably a couple of feet when it goes past a player. There’s no way that Connor Goldson can be able to react to get his arm out of the way.

“It’s impossible. You can’t Punish him for when his arm’s already in position. It’s an impossibility for him to get his arm out of the way.”

Goals from Fashion Sakala and Malik Tillman secured the win for Rangers, who are sweating over the fitness of Antonio Colak.

The Croatian returned to action after two months out, but once again had to go off injured at half-time.

It comes just a week from the Gers’ crunch Viaplay Cup semi-final Showdown with Aberdeen at Hampden Park.