NEW MADRID, Mo. – The New Madrid County Central High School Class of 2022 has taken the motto written on the wall of the school’s commons to heart: Soar Like an Eagle.

As this year’s Senior Awards Ceremony opened, Central High School Principal Justin Poley pointed out the class had received $ 209,700 in scholarships and awards to continue their education.

Poley would go on to call the NMCC Class of 2022 “a special class. They will definitely be successful in life. They work too hard. They do too much. They care too much. ”

This year’s scholarship winners announced at the May 16 ceremony were: 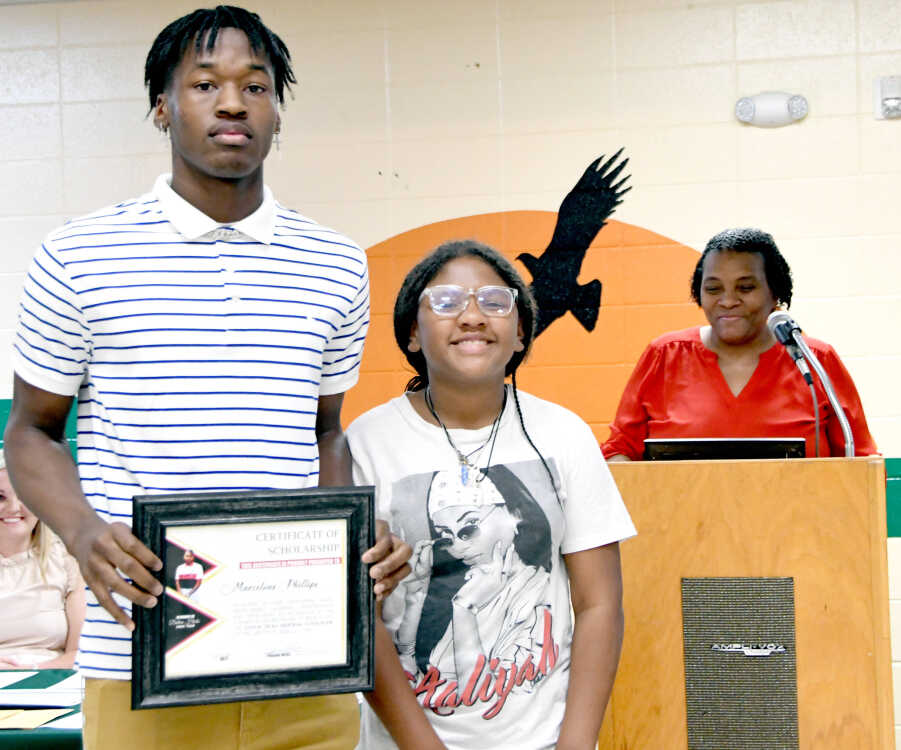 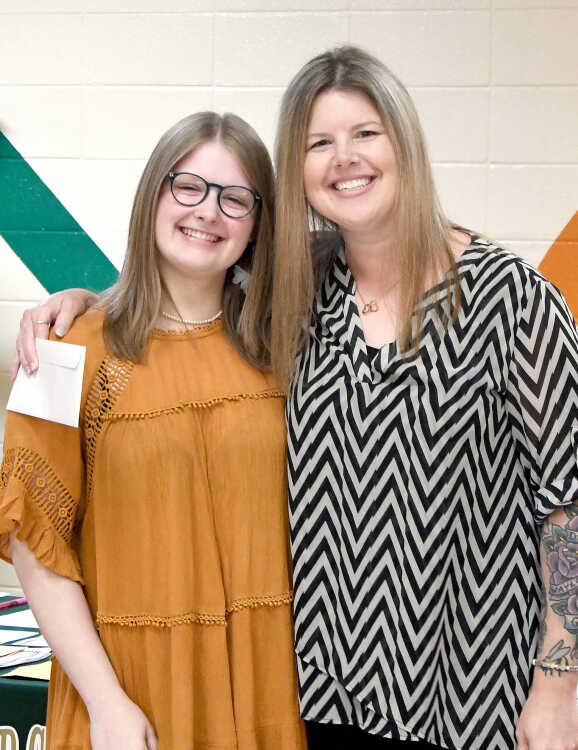 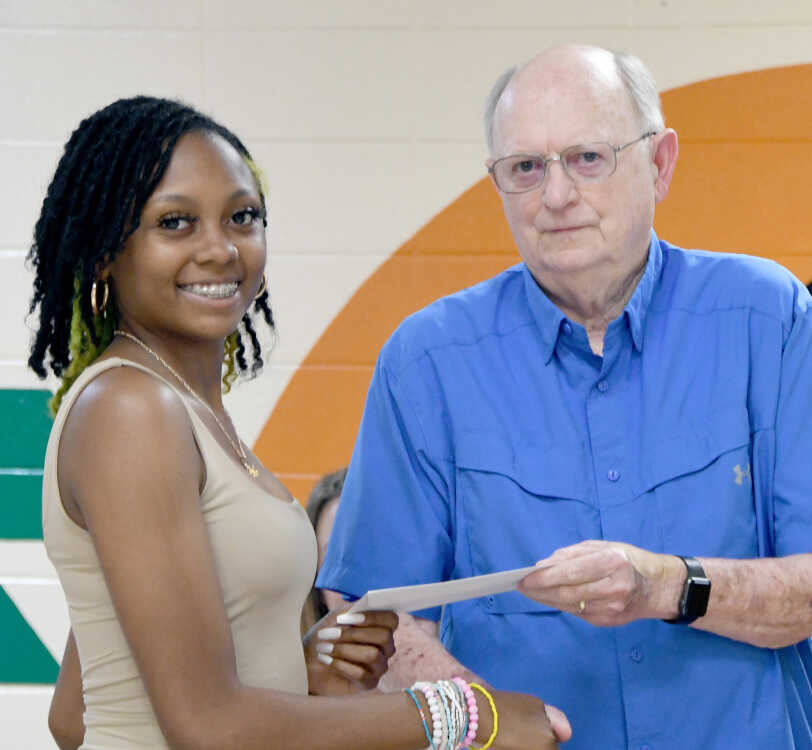 Jimmya Caldwell-Newsom accepts the Betty Joyce and Jim Dambach Scholarship from Harvey Graham on behalf of the Methodist Men’s Association. Caldwell-Newsom, a member of the New Madrid County Central High School’s Class of 2022, received several other academic scholarships and awards during the school’s senior awards banquet. Also she was recognized for her athletic abilities and was named the Female Athlete of the Year.

The evening was also an opportunity to recognize students for a variety of achievements.

Staff Sgt. Todd Roth with the Missouri National Guard presented a special hood to Daesean Sanders, who has joined the National Guard.

Describing them as outstanding members in an outstanding class, Poley introduced the salutatorian and valedictorian for the Class of 2022.

This year’s valedictorian, Cherikee Morgan, is the daughter of Kevin Morgan and Jennifer Morgan. She graduated with a grade point average of 4.33 and plans to attend the University of Missouri to study bio-medical engineering.

The daughter of Akera and Yolanda Nelson, Olivia Nelson is the salutatorian class. Nelson completed high school with a grade point average of 4,267 and plans to attend the University of Missouri’s pre-med program.

The following classroom awards were presented:

Scholars athletes are those who play two sports while maintaining a grade point average of 3.25 or above. Earning the recognition in the Class of 2022 were Jimmya Caldwell-Newsom, Delaney Cooksey, Shia Fountain, Joycelynne Jackson, Kenyon King, Ethan Moore, Marcelous Phillips, Matt Riley and Jakob Wilcox.

The school’s Ruth Cole Award given for sportsmanship went to Ethan Moore. The Brad Colbert Award was presented to Joycelynne Jackson, who was also honored as the Female Scholar Athlete. Jakob Wilcox was named the Male Scholar Athlete.