Pomp and Splendor and teeming crowds define the Jaipur Literature Festival (JLF) now. But co-founder William Dalrymple recalls how dismayed he was at the first edition when he saw just a trickle of book enthusiasts. As panellists stared at rows of empty seats, a Japanese group suddenly walked in, Dalrymple says, causing delight and also some confusion. But soon the organizers learned this was not a bunch of literary aficionados but lost tourists who had wandered there on their way to Amer Fort. British novelist Lawrence Norfolk had once described JLF as “part circus, part post-graduate seminar and part Revolutionary assembly”. It offers an excellent opportunity for bibliophiles to connect with authors, for books to be discussed in detail, and for neglected areas of literature to be highlighted.

But festivals like JLF are also much more than that. The sessions offer Insights into the lives of the authors, their processes, quirks, desires and anxieties. In some cases, they allow you to get acquainted with their skincare regimes, the Habits of their cats and their favorite drinks.

What’s in a name? During her session on her novel The Book of Form and Emptiness at the 16th edition of the festival, American-Canadian author Ruth Ozeki reveals the delightful story behind her name. Ruth Diana Lounsbury, as she was earlier known, had traveled around India many years ago and met and dated a Japanese man called Ozeki. Eventually they broke up, but Ruth plucked his second name and attached it to her own. It was liberating for her, she says, a person of mixed heritage who was struggling to belong somewhere, to have a Japanese-sounding name. 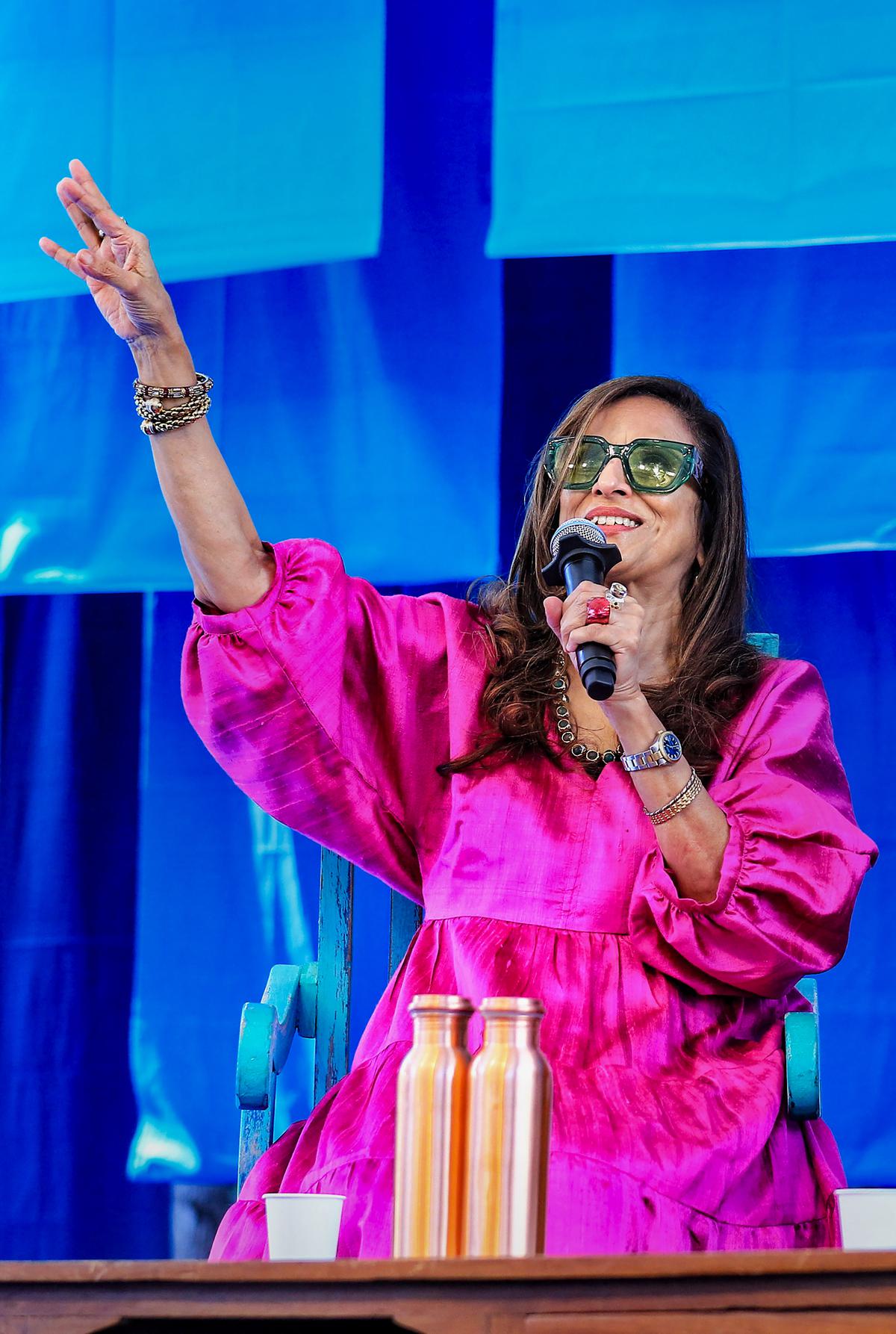 Author and columnist Shobhaa De spoke of her dislike for her own name during a session at the Jaipur Literature Festival 2023. | Photo Credit: PTI

It is important not to get bogged down by, or obsessed with, identities, says Shobhaa De, while speaking of her dislike for her own name during a session on her book, Insatiable. De’s birth name is Anuradha. She describes Shobhaa as the most “banal, pedestrian, nauseatingly popular name”. It may have brought her fame, but she declares she will always “die an Anuradha”.

Names may also not be what we associate with them. The audience at the Javed Akhtar-Shabana Azmi session is thrilled to hear the couple not only discuss the books Dhanak and Daaeraand Akhtar’s masterclass on the differences between Ghazal and nazmbut also, unexpectedly, their banter.

Azmi says young girls often go up to her and tell her how lucky she is to be married to Akhtar, whose name is synonymous with romance. “But let me tell you this,” she grumbles good-naturedly, “not once has he written anything for me. This man doesn’t have one romantic bone in his body.” To this, the perennially witty Akhtar remarks: “If a girl is a Trapeze artist, does she come back home and Hang upside down?” Names also carry the baggage of image, which interactions at festivals can either solidify or change. Well-known authors, for instance, are sometimes believed to be egotistical and insecure. At his session, Durjoy Datta admits that he suffers from Impostor syndrome. “I got my first book published at the age of 21. People told me they loved my book. I used to tell them, ‘That’s only because you haven’t read other books.’ The gap between what I read and write is still huge,” he says.

It is perhaps because of this brutal honesty, especially at a largely highbrow event, that Readers find Datta relatable and refreshing.

There are many barbs thrown at the literature festival: one participant complains to me of the excessive commercialization, another groans about the Sheer scale of the event, held over five days with 350 participating authors, and how exhausting it all is, and an author- friend is Shocked that I am not allowed into the exclusive lounge to have a cup of Chai with him.

Some of the criticism is valid: the festival is getting too big for its books. But what remains after the never-ending stream of sessions on the big things in life — democracy, forms of writing, art of translations, freedom, and so on — are often the little things: the ones that make us all human.