“So, you turn this red dial here, and you’ll hear a click,” my doctor tells me. His eyes show a sympathetic smile beneath a medical mask.

I haven’t used an inhaler in a long time. I’m still getting used to it. I’m meant to take it before hockey; I have exercise-induced asthma. It usually doesn’t bother me, but the personal impact of 2021’s smoke was jarring on my lung capacity whenever I participated in sports. So made a choice.

We’re going to start by talking about monkeys. Rhesus macaque monkeys, to be specific.

In 2008, California experienced a series of wildfires that impacted a colony of these monkeys at a Northern California zoo. The best person to explain the study is Sarah Henderson, scientific director of environmental health services at the BC Center for Disease Control. She’s been studying smoke for nearly 20 years, dating back to an inciting incident: the British Columbia wildfires of 2003, which remains “one of the most catastrophic in British Columbia’s recorded history.” (Source: gov.bc.ca) 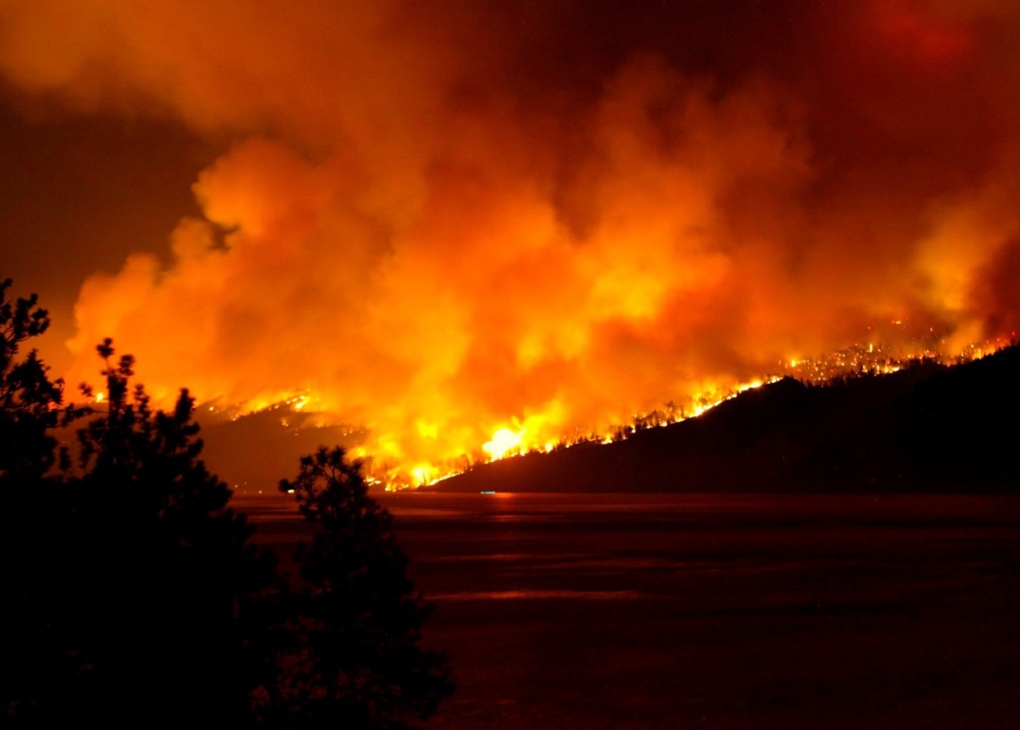 “[Infant] lungs never grew as big as infants who were not exposed, and their immune function was dysregulated throughout their lives, so they never had as strong an immune response as unexposed infant monkeys, “Henderson explained.” They’ve now studied the offspring of those. monkeys. Their offspring also do not have as good an immunological response as the offspring of the non-exposed monkey.

“So these indications that there’s actually genetic changes associated with the smoke exposures that are passed on through generations.”

If you’d like to read some of the abstracts, here’s one from the California Resources Board, and another from the National Library of Medicine.

An important note: a fully-grown female rhesus monkey weighs 8.5 kilograms; males reach 11 kilograms. Their smaller size can make for greater impacts. Whether it’s a minor asthma case, a major lung issue, a young child or a healthy adult, there’s a lot to know, and it affects us all differently.

The key component of that last sentence: it affects us all.

THE WHAT AND THE WHY

In the previous article, we discussed the general makeup of PM2.5 particles.

Henderson spoke to the human impact. Because these particles are so small, and because we breathe them in, the lungs are where we feel the majority of the effect. Henderson says this is especially true for people with pre-existing lung conditions such as asthma or COPD (Chronic obstructive pulmonary disease). “Anything that is restrictive, when the airways want to close up, fire smoke will trigger that, and they’ll be the most affected.”

She adds the body’s response “can cause inflammation to the lungs, and that inflammation can spill over into the rest of the body. So inhaling wildfire smoke can actually affect your heart, it can affect your brain.”

“We do see a higher incidence of things like heart attacks, strokes, out-of-hospital cardiac arrests – those really kind of severe acute health outcomes, they tend to occur more frequently when it’s smoky outside.”

“The body is not particularly good at eliminating [PM2.5 particles]. “

There’s also a Canada page here; on the afternoon of May 3, Edmonton is at a 111 US AQI; this equated to an Air Quality Health Index rating of 4; a moderate risk.

AirNow.gov has a calculator on it to determine this, as well; just shy of 40 μg / m³ (microns per cubed meter): 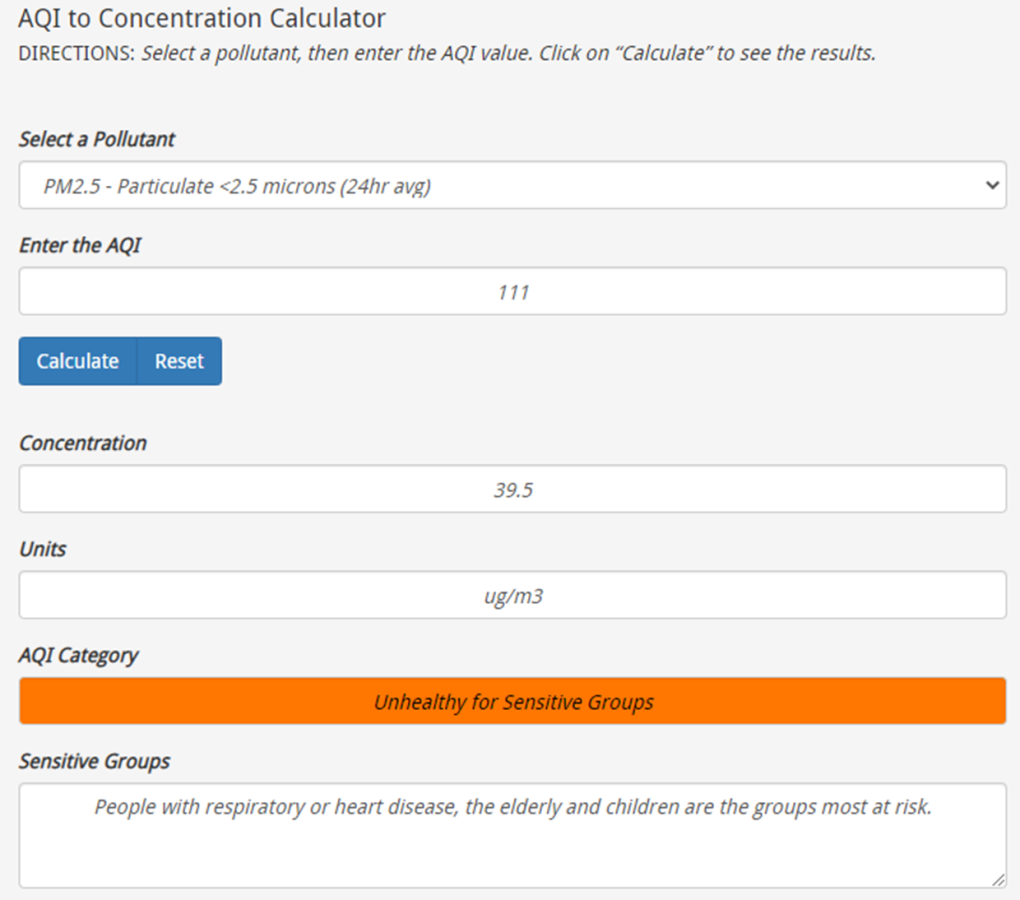 Lastly, there’s the 2021 report page, which found that “only three percent of cities and no single country met the World Health Organization’s PM2.5 annual air quality guideline.” Globally, we remain a long way off from a passing grade.

Henderson notes that living in polluted environments year-round make for a “higher risk of developing chronic disease, and your life expectancy is maybe two to three years less than the life expectancy of somebody who isn’t exposed to that type of pollution day in and day out. ” For those curious: here’s the list of the worst-polluted cities of 2021.

Canada’s most polluted city in 2021? Savona, BC, near Kamloops.

How about Alberta’s? (Sorry, Cochrane!)

Note the way the data is skewed; air quality was terrible through July and August as a result of wildfire smoke, but otherwise, we were fine. We don’t suffer from year-round pollution. This is also true of Savona, BC; the wildfires were the culprit for a tough couple of months. 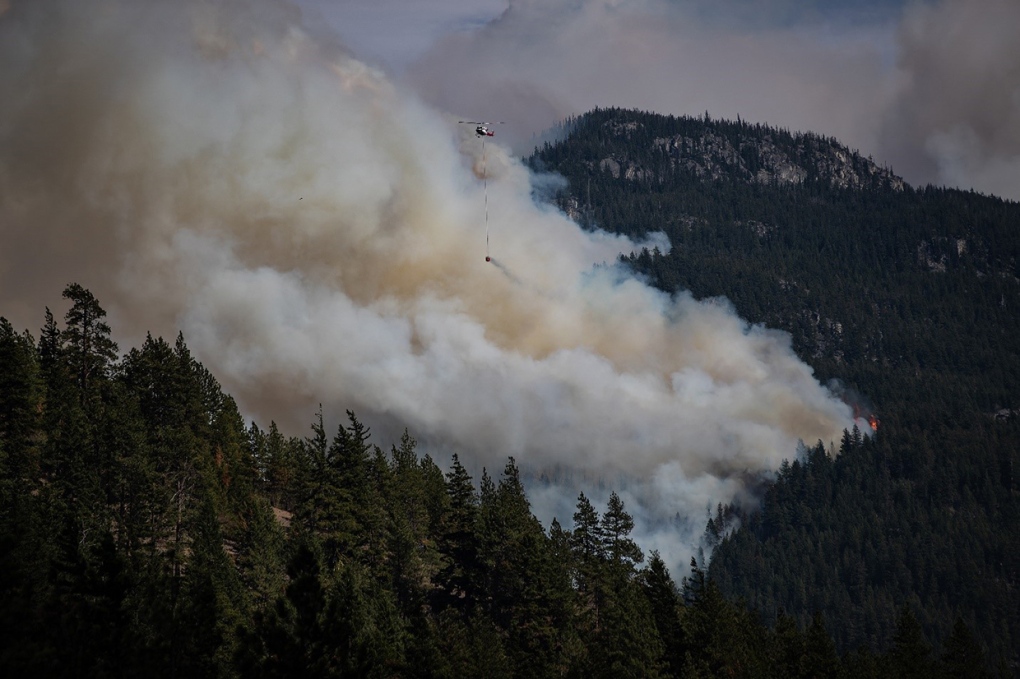 A helicopter carrying a water bucket flies past the Lytton Creek wildfire burning in the mountains near Lytton, BC, on Sunday, August 15, 2021. (file)

The above data is based on the concentration of PM2.5 particles per square meter. An average of 44.2 μg / m³ in Cochrane through July, 2021 isn’t far off from where Edmonton was on May 3, 2022; that’s an average Air Quality Health Index rating of 4 throughout the month. Things improved, on average, in August.

Our takeaway: Canadians have a microcosm of a year-round effect. Even through our worst months, wildfire isn’t prevalent all the time: “It’s variable; one day, it’s 10 microns per cubic meter of PM2.5. Another day, it’s 250. The next day is 70. It jumps around all over the place, “Henderson says. “And then it’s winter again. And the air quality goes back to its normal, excellent conditions.”

We have discussed rhesus monkeys and the generational effects therein; how are humans faring with prolonged exposure?

It’s a young science; to look at longer-term effects, Henderson says “we have to look back 30 years; [but] the wildfire regime 20 years ago was just really different from what it is [today].

“Scientists all over the world are turning their attention to this form of pollution, to understanding exposures and their health effects. We’re going to learn so much in the next five to 10 years. It’s super exciting for someone like me, who’s been in the game for a long time and is really happy to see this change.

“Before we had the Air Quality Health Index (AQHI), we just had the Air Quality Index. It didn’t have health messaging associated with it. [The AQHI] was designed so people could just look at one number and know whether or not their health is at risk, and they can decide by that number what actions they will take. “

The Air Quality Health Index section on the Government of Canada’s website is exceptional and expansive for those wanting to learn more; all Environment Canada weather pages with access to air quality information will have it featured just above the seven-day forecast.

HOW ARE CANADIANS DOING?

“One-in-three Canadians are aware of the AQHI, we have a good response from Canadians,” Audette explained. “It’s becoming more available, and we have media partners that report on it. Wildfire smoke has become more prevalent.”

Audette adds it’s a mixed feeling when, as we had last year, wildfire smoke from western Canada reached New Brunswick. “We have success, [but it’s] because the air pollution is bad. People care about their health, especially if they are at risk. “

There were a few days this past summer where the index had Calgary in a very high spot. I asked Audette: on particularly dangerous days, why are air quality statements still just… statements?

The answer comes back to Aesop’s fable, The Boy Who Cried Wolf, and culminates with everything Jack Chen, Paul Makar, and Chris Rodell said in Part One. It’s also what Sarah Henderson said about the day-to-day shifts: Audette replied simply, “It’s hard to predict where the smoke is going to be.”

Evidence is key, but reliable spotters even more so. Confirmation when a tornado touches down needs to border on irrefutable before a warning is issued. Public trust depends on it.

The same holds true for air quality. If our values ​​are fluctuating rapidly and we bounce in and out of air quality warnings, “it’s more of a mental health issue and making sure that people are not over-advised of what’s coming,” Audette says. “It increases stress. We want people to be prepared, but we don’t want to over-advise them and cause alarms that weren’t necessary in the first place.”

‘Gaps in data’ is a running theme – as science continues to evolve, these gaps narrow. Audette notes that Alberta and BC are in a better place, and that PM2.5 community sensing continues to advance. In fact, adding to their already-robust Environmental Monitoring information pages, an air quality map launched not long ago: 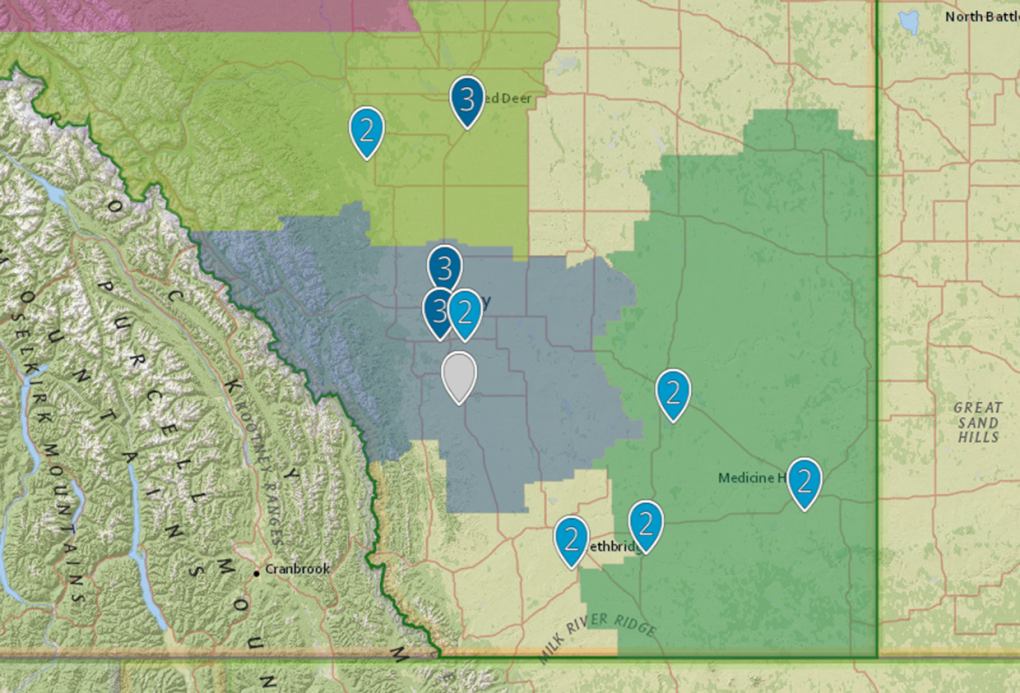 I closed by asking every member of the panels between both articles: What should the average Canadian do, or be aware of? What can we do, and how can we best prepare?

“The health effects associated with wildfire smoke, be they immediate and acute, or chronic and long-term, are from breathing wildfire smoke. The more you can do to reduce how much smoke you breathe, the more you will protect your health.”