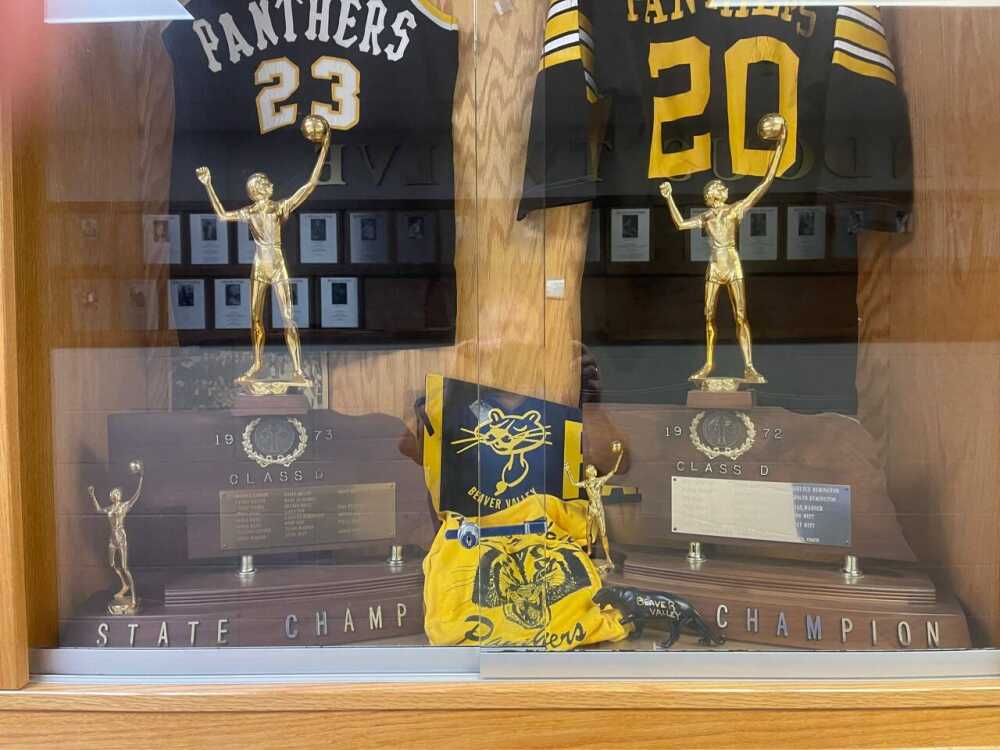 The Beaver Valley Panthers’ volleyball state championship trophies are on display at Southwest High along with other memorabilia from that long-gone area school.

Beaver City, Beaver Crossing and Beaver Valley are all distant memories — but the 1972-73 Beaver Valley Panthers have not been forgotten.

On Sunday, the Nebraska School Sports Hall of Fame will induct these two-time Class D state Champions in their 2022 all-time great class.

They are part of the 28th Hall of Fame class.

Debbie DeMoss and Sherri Custer were managers on the team.

Editor’s note: Names that have been changed due to marriage were not obtained.