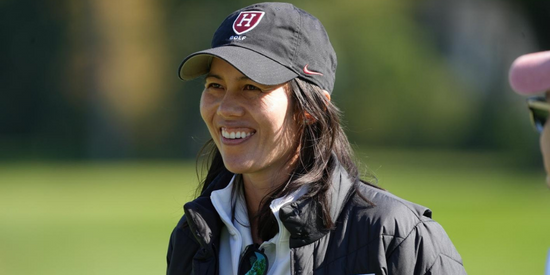 Naree Song (Wongluekit), who won her first professional event at the age of 14, has been named head Coach of the Harvard Women’s golf program.

Song is the third head Coach in program history and has served as the associate head Coach for Harvard Women’s golf since 2015. During her time in Cambridge, Harvard has won two Ivy League titles (2016, 2019), made two NCAA regional Appearances (2016 , 2019), and earned 11 tournament victories, including a first-place showing at the 2022 Yale Invitational this past fall.

Song began her golf career at the age of seven and quickly became one of the top junior golfers in the world. After winning the Thailand Ladies Open at the age of 14, Song went on to win three AJGA major Championships and became a two-time AJGA First Team All-American. She competed in her first US Women’s Open at the age of 14 where she took low-amateur honors.

Song attended the University of Florida at the age of 17 and after one semester, turned professional and competed on the Symetra and LPGA Tours, winning one event on the Symetra Tour in 2004.

Due to illness and injury, she retired from professional golf and turned to education at Rollins College where she assumed the Assistant Women’s golf Coach position. During her tenure, the team finished runner-up at D2 NCAA Nationals two years in a row.

Shortly after graduating from Rollins with a BA in English and an MA in Human Resources, Song accepted a programming coordinator position at The Golf Channel. Song’s passion for coaching led her back to IMG Academy, where she was a former student-athlete for seven years.