A staff nurse from Harrogate and his partner are gearing up for a mammoth cycling challenge to fundraise for an international medical charity.

Andy Dennis, who works in the Intensive Care Unit at Harrogate District Hospital, embarked on his mission just over ten years ago to raise £ 200,000 for Médecins Sans Frontières (Doctors Without Borders).

The charity works in 60 different countries to care for people suffering through conflict, epidemic and natural disaster.

Andy has raised £ 115,000 to date – and his latest challenge, ‘Ride to the Rock’, will see him and his partner Tracey Hill cycle to Gibraltar in May.

The ride will take in each of the operational centers of Doctors Without Borders, including Amsterdam, Brussels, Geneva, Paris and Barcelona.

“Having worked with MSF over four missions I’ve seen how they are often the only actor in an area where desperate populations have absolutely nobody.

“There are non-functioning healthcare systems, there’s denial of healthcare through conflict, epidemics, natural disasters – those are the places where MSF work. Remote areas where there are no one else.

“When you work with an organization who has that philosophy of reaching populations that have no options, you know you’re with the right people.

“That’s what inspired me to stay connected to them by fundraising for them when off missions.”

Andy and Tracey cycled across USA in 2016.

Andy met his partner Tracey in 2012 before setting off to Sudan to run a nutrition center – the third of his four missions for MSF.

The pair have been fundraising together since, including a Trans-USA ride in 2016.

And Tracey, a nurse at York District Hospital, is also currently fundraising for MSF and has raised just under £ 10,000.

Speaking about preparations for the 2,000-mile cycling challenge in May, Tracey said it’s a “mixed bag” of emotions.

“It’s trepidation, because it was 2016 when we did the last ride, but its’ exciting and we’re really looking forward to it.

“I feel like we’re ready. We wanted to do it last but things got in the way with covid, but now is the time when we’re ready to go. ” 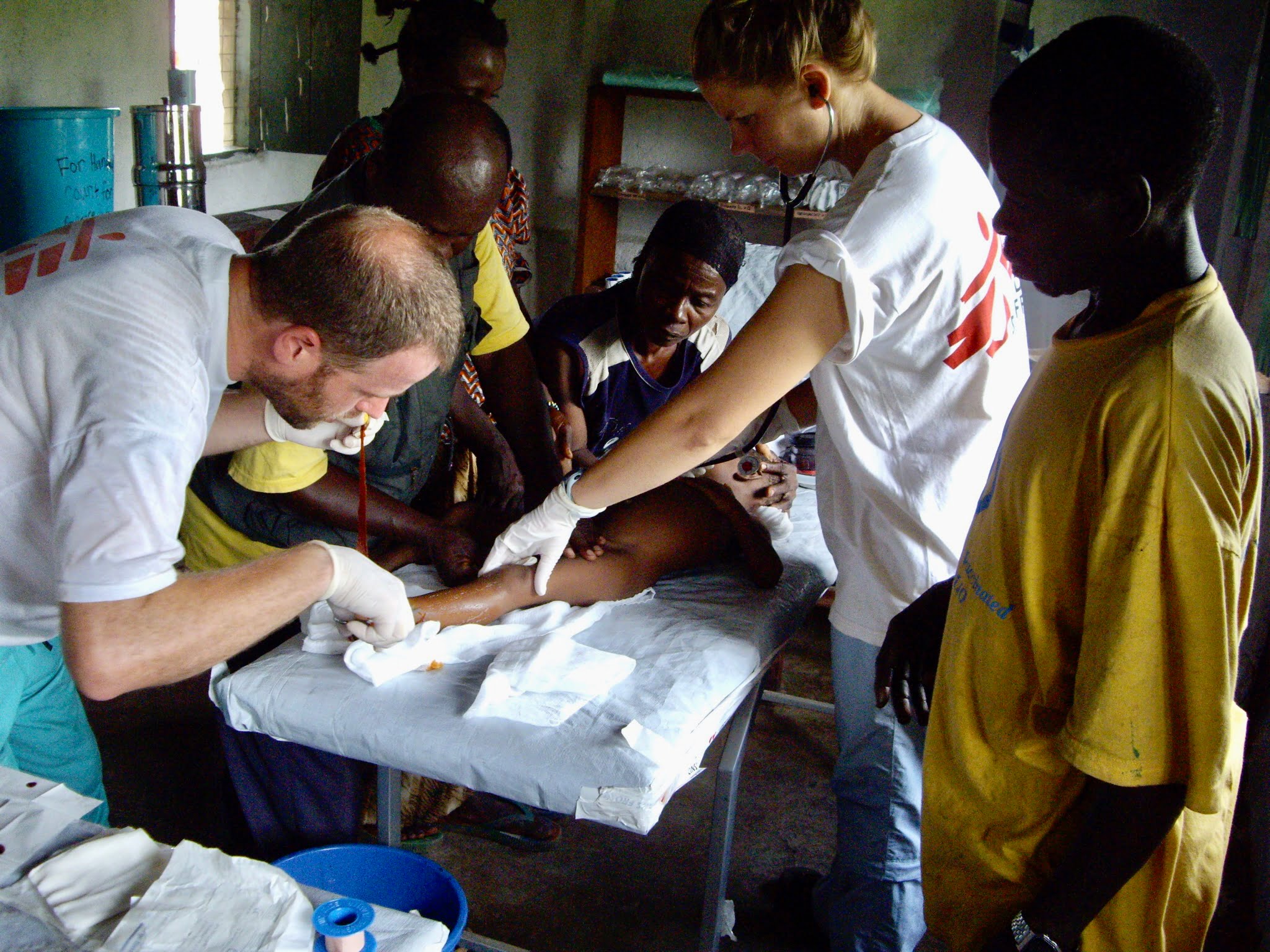 Andy has been on four missions for Doctors Without Borders.

The pair are expecting the ride to take three months as they plan to engage with populations on their route and spread the word about MSF.

Both Andy and Tracey have been given time off and the support from Harrogate and York District Hospitals.

“We feel incredibly lucky. We’re doing this in an unpaid capacity but that still leaves people who are managing departments the problem of covering us while we’re away.

“It should be cost-neutral for them but it is certainly not inconvenience neutral!

“Both hospitals have been incredibly supportive and we’re very grateful for that.” 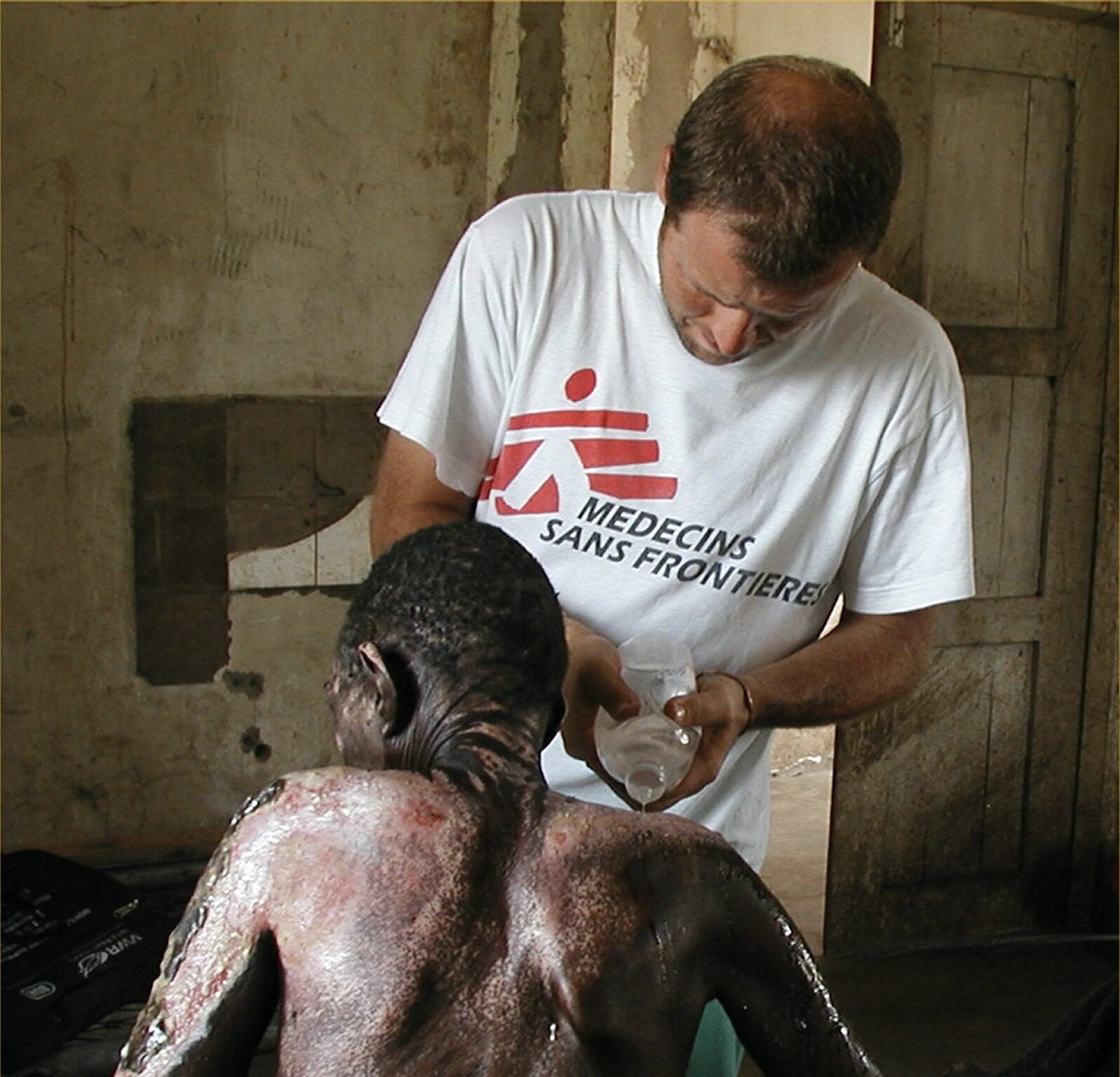 Andy Dennis has worked across Africa as part of his four missions for MSF.

To support Tracey Hill (AKA the Cycling Nurse) or Andy’s Ride to the Rock campaign, find the couple on JustGiving.