Trainee accountant Siobhan Heneghan conjured an “unexpected” but brilliant performance from her mother Lisa’s smart gray Mermured Promise to win the BE90 championship, heading up the Voltaire Design Grassroots Championships results earlier this week (3-4 May) at Badminton Horse Trials.

The fact that Siobhan has been able to pursue her eventing passion at all is impressive given that she was diagnosed with a severe allergy to horses at an early age.

“I went for my first riding lesson when I was five years old. Three brushes of the pony and I ended up being rushed to the hospital, ”revealed the now 20-year-old.

Two years later Siobhan began a five-year-long immunotherapy program, which aimed to partially desensitize her body to the effects of coming into contact with horse hair.

“I’m still not 100% in the clear, but the reaction is far more manageable,” she explained.

Siobhan’s first-phase score of 28, which left her in second place at this stage, came as no surprise as she has also competed in dressage up to advanced medium level with her other horse.

She was due to contest her first advanced test the day after this championship.

“Having that experience definitely helps on the big occasions like these,” said Siobhan, who trains with Robert Lumb on the flat and has help from Melissa Joannides for jumping.

Laura Gibson and Gortglas Moonshire finish second in the BE90 Voltaire Design Grassroots Championship at Badminton.

The eight-year-old Irish Sport Horse, who hunts regularly with the Cheshire Forest, not only put his best foot forward in all three phases, but also seemed to relish the prize-giving, which took place in front of Badminton House.

“I think he thought he was there for a meet,” admitted Laura, who has four British Eventing wins under her belt with the gelding. “He’s not hugely experienced and I wasn’t sure how he would cope with the atmosphere, but he was a pro. I was particularly worried about The Lake and the Voltaire Design Hollow [the rail-ditch-rail]but he took it all in his stride. “ 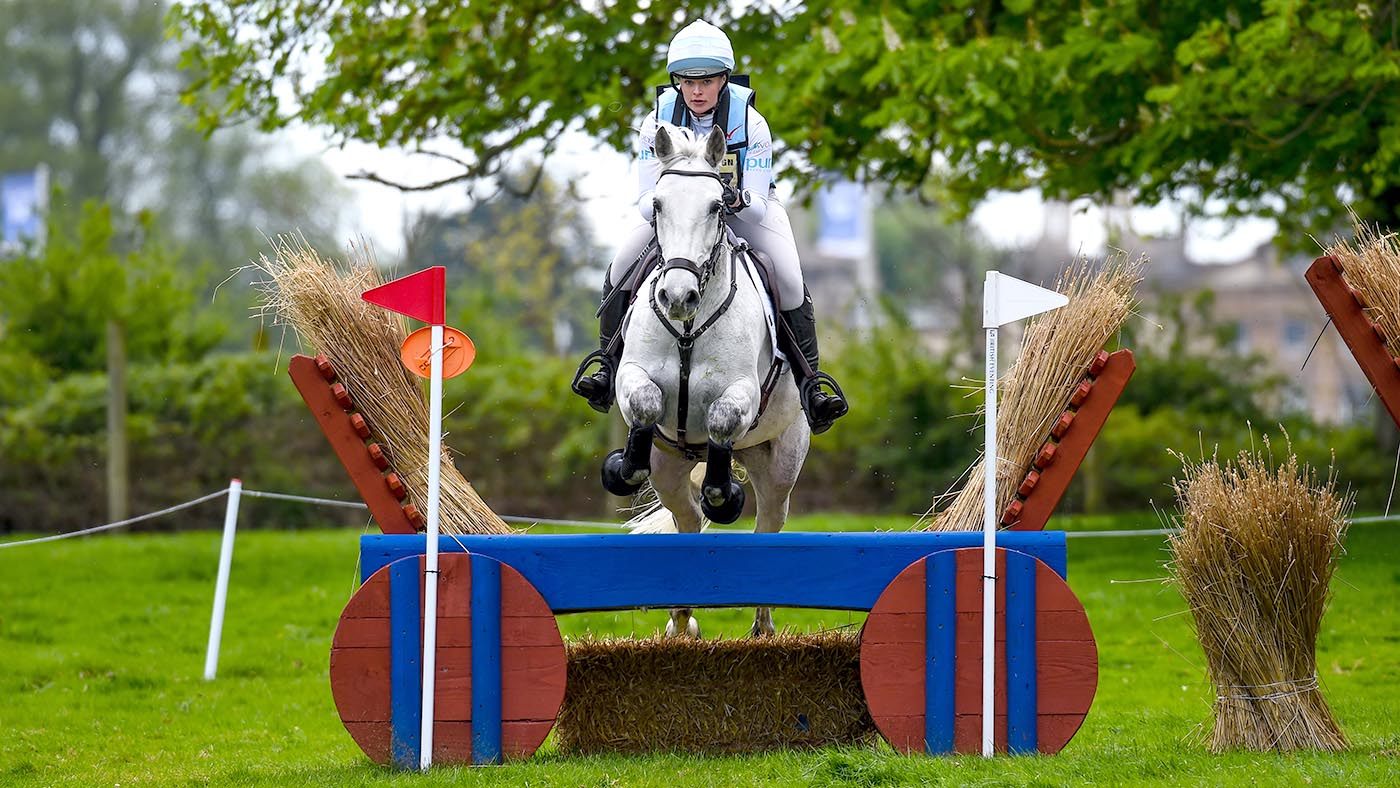 Megan Elphick and Jamelia take third at the BE90 Voltaire Design Grassroots Championship at Badminton.

Megan Elphick and Jamelia completed the top three in the BE90 grassroots championships results, finishing 0.8 of a penalty behind Laura on a score of 30.3.

This result was a significant improvement on Meghan’s first visit here in 2019.

“I was riding a very spooky little Welsh pony who deposited me in the ditch at fence nine,” laughed the Worcestershire-based rider, who nevertheless turned that experience into something positive when she set up her own YouTube channel Elphick Event Ponies.

“When I qualified for Badminton first time round I was skint at university and needed to raise some funds to get here,” she explained. “I badgered loads of companies for products and sponsorships and some of them said yes – so long as I vlogged about them. I was mortified to fall off, but everyone loved it and it has spiralled since then. “

Problems were well-spread around both championship courses. In the BE90 the two upright rails into The Lake, which was followed by an arrowhead out, proved most influential, ending the dreams of seven duos.

Katherine Illingworth and Ballinoecastle Q take the BE100 championship at the 2022 grassroots championships. Credit: Peter Nixon

Ros Canter and Allstar B at Badminton 2018 Credit: Peter Nixon