Katherine Illingworth and Philip Adkins’ Ballinoecastle Q delivered an impeccable performance in all three phases to top the Voltaire Design Grassroots Championships results in the BE100 class at Badminton Horse Trials on Tuesday and Wednesday this week (3-4 May).

The duo’s dressage mark of 29.5 was good enough for equal second place at the end of this phase and they kept a faultless jumping sheet throughout to claim the top spot.

Katherine, 27, is head girl for Philip Adkins at Cadenza Eventing and has been eventing the seven-year-old OBOS Quality gelding since the beginning of last year.

“He’s the dope of the yard, but he wakes up the minute he needs to,” said Katherine, who described her first trip around Badminton’s hallowed turf as “pretty surreal.”

“He loved the atmosphere and I couldn’t stop grinning as I was going round. I could hear the crowds cheering us on, particularly at The Lake; I’ve never experienced anything like it. “

The classy Ballinoecastle Q originally came from Ireland as a three-year-old, and Philip has given Katherine a free rein to produce him through the levels.

“I’m incredibly grateful to Philip for giving me the opportunity,” continued Katherine, who admitted to aspiring to ride around the five-star here one day. “It’s a long way in the future, but you never know. You have to keep dreaming. “

Hannah Taylor riding Legaland Best One into second place at the BE100 Voltaire Design Grassroots Championship at Badminton.

Runners-up Hannah Taylor and her own Legaland Best One finished 1.5 penalties adrift in the grassroots championships results.

Hannah, who used to work full-time for a professional showjumper, now divides her time into three ways between working as a freelance rider, studying part-time for an engineering degree and drawing pet portraits.

She only started eventing the 11-year-old Legaland Best One, who is by the popular sire Balou Du Rouet, two years ago.

“He’d certainly never seen anything like this before, so I was thrilled with him,” she smiled. 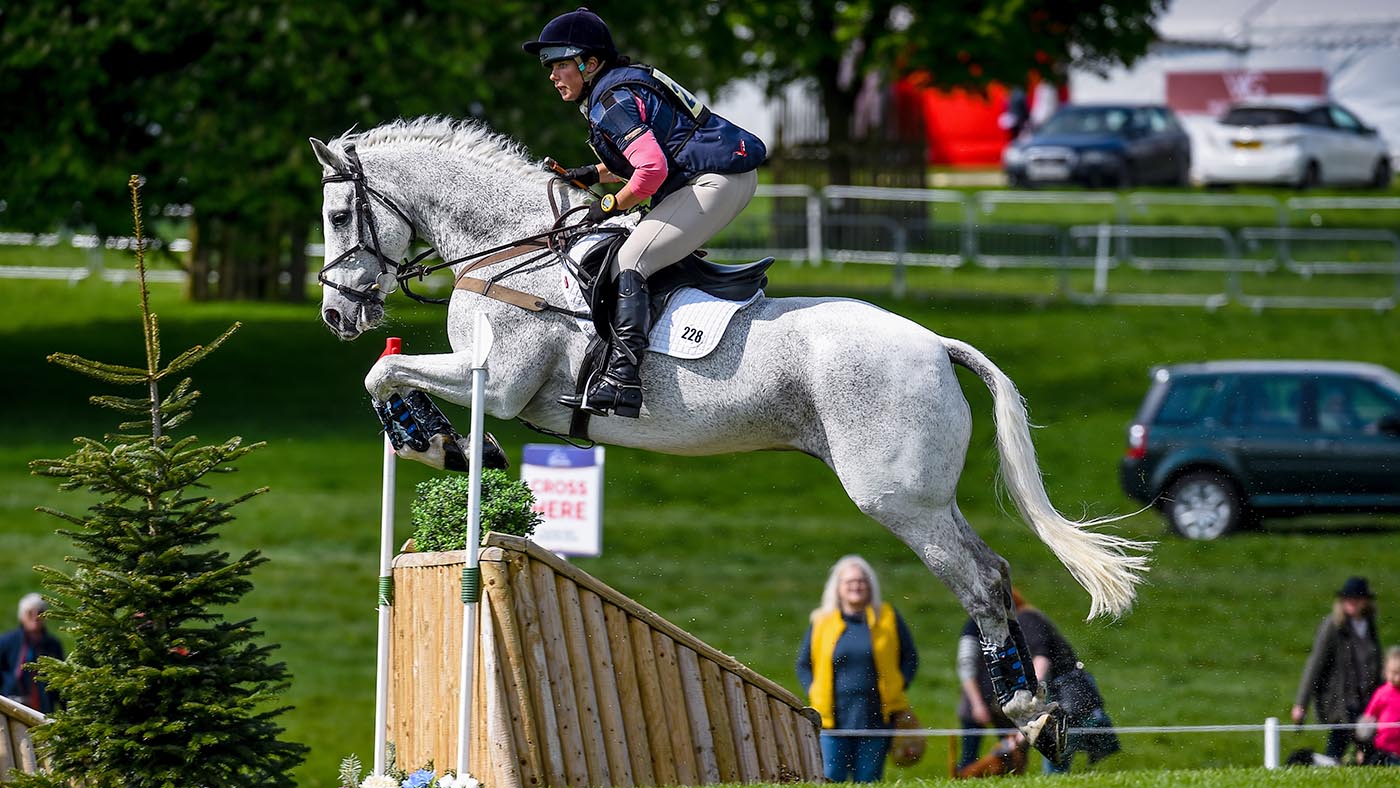 Third-placed Katie Stephens-Grandy is no stranger to Badminton, having competed at these championships on two previous occasions, in 2015 and 2017. But her appearance this year with Trendy Magic Touch (Smurf) was particularly emotional.

“I qualified for Badminton in 2018 with Smurf, but I shattered my leg seven weeks before the event and couldn’t compete,” she said. “Then this year I had qualified three horses, but one of them, a lovely home-bred, broke his leg days before Christmas.”

As well as competing a string of horses, Yorkshire-based Katie is also a partner in her family’s farm and “dabbles” in a bit of wedding photography.

Problems were well-spread around both championship courses. The notorious rail-ditch-rail at the Voltaire Design Hollow (fence 16abc) proved most influential in the BE100 with three combinations recording faults here.