Cleveland police are investigating a possible break-in that left the field at FirstEnergy Stadium damaged Tuesday. They said it appears a suspect climbed the fence at the Browns’ stadium and drove a golf cart on the field. (Chopper video from FOX 8)

CLEVELAND, Ohio – Ahead of the Tampa Bay Bucs’ arrival for Sunday’s game, the field at FirstEnergy Stadium in Cleveland was torn up by a golf cart driver. Now, the police are investigating.

FOX 8 reports a person apparently climbed the fence at the Cleveland Browns’ stadium Tuesday and then drove around the field in a golf cart. The tire threads stretched along an entire half of the playing surface, but the Browns described the damage as “superficial.”

In a statement released to the Cleveland news station, the Browns said the field should be fixed by Sunday’s matchup against the Buccaneers.

“We are aware of the incident that occurred early Tuesday morning at FirstEnergy Stadium and have provided the Cleveland Division of Police with all relevant information. Based on our internal evaluation, there was some superficial damage to the playing field that our grounds maintenance team is currently working to repair. We take great pride in the strong reviews and Reputation of our stadium’s playing surface, have been in touch with the NFL on the matter and are confident after repair our field will be ready for Sunday’s game vs. the Tampa Buccaneers.” 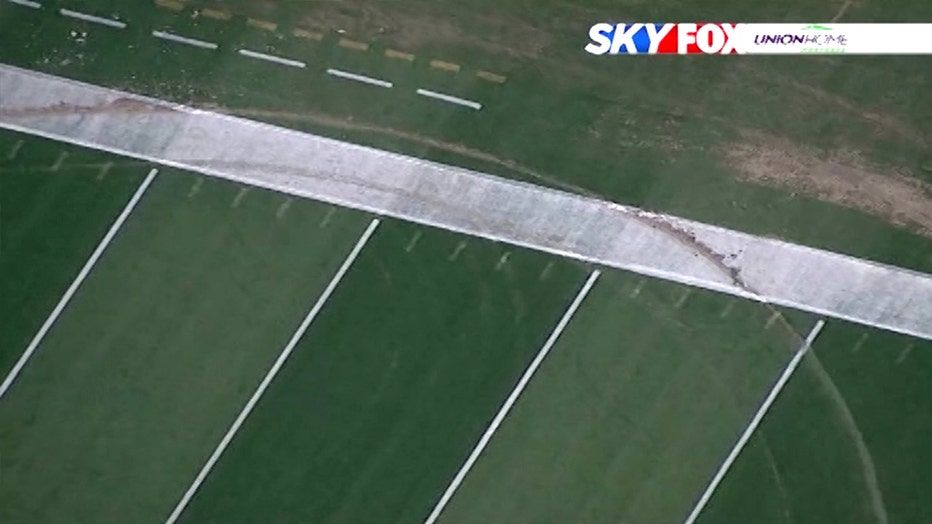 The Browns are 3-7 heading into Sunday’s game against Tampa Bay, who enter Week 12 5-5 having won each of their last two games. Last Sunday, their game at the Bills was moved to Detroit because of a historic snowstorm in Buffalo. They lost, 31-23.

Quarterback Deshaun Watson will be eligible to return from his suspension after this weekend, when the Browns take on Watson’s former team, the Houston Texans, on Dec. 4.

Since news of the field’s damage began to spread, plenty of fans gave their thoughts – and Jokes – on the matter: