AS the legend goes, the Queen of Sheba spent a thoroughly enjoyable day in Antalya on her way to visit King Solomon.

I needn’t have worried. As Europe’s best-value holiday destination, you can live like a queen – and king – in Turkey without pawning your crown jewels.

The resort city and ancient port of Antalya offers culture, history, food and endless opportunities for leisure and relaxation.

No wonder 30 per cent of foreign visitors to Turkey head to this gem of the Turkish Riviera.

And not just any old foreign visitors either. Our hotel, the Regnum Carya Golf and Spa, played host to the world’s G20 leaders in 2015. 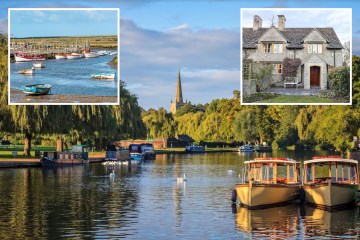 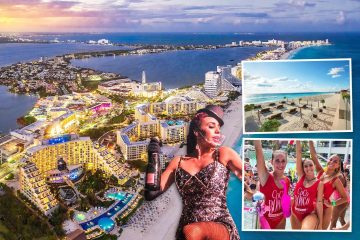 There’s a signed photo of them on one of the opulent corridors, alongside the galaxy of music stars that have played at the hotel’s outdoor arena – Rita Ora, Dua Lipa, J-Lo and Tom Jones among them.

On its full-size football pitch, complete with grandstand that wouldn’t disgrace a decent non-league side, Real Madrid host football camps and the Turkey national team train.

Like your golf? The hotel regularly hosts the Turkish Open on its floodlit course, where you can play a round at night.

Time to live like a legend then, even if it’s just for a few days.

OK, it’s not a budget hotel, but with rates starting at just over £ 300 per room for two people per night, it compares favorably with other five-star resorts and its facilities are peerless.

You don’t need to go beyond the hotel’s walls for an action-packed week, but it would be a crime if you didn’t.

Our tour guide Cengiz Zorel is one of life’s enthusiasts, and is eager to show us the rich rich culture and history.

Our three young gladiators missed out on a trip to Rome thanks to Covid.

But at the Roman city of Side and nearby Aspendos – home to one of the best-preserved Roman theaters to be found anywhere – they embraced their inner Russell Crowe in a frenzy of brother-on-brother combat.

More peaceful was our wander around Old Antalya, where the hospitality extends to the “stray” cats and dogs who are kept fed and watered by those who live in these charming, narrow streets of Ottoman-era buildings.

Greek Orthodox churches sit alongside mosques that date back as far as the 13th century.

It is a fascinating mix of cultures – Roman, Byzantine, Greek, Ottoman – that reflects Antalya’s long-held status as a port, trading center and resort.

Beaches follow the city’s crescent-shaped bay, with a pebble beach and crystal-clear water along the flank bordering the new city and a long expanse of sand stretching away from the picturesque old port.

And if you love your sandcastles, you’ll dig Sandland, where castle artists from around the world display their work. It will make your efforts with a bucket and spade look pathetic.

After the narrow streets of the old city and heat of the beach, it was refreshing to feel the spray of the Lower Duden Falls, where river rapids come to an abrupt end as they cascade over sea cliffs into the Med. You can tackle the white water on a raft.

You don’t need to go beyond the hotel’s walls for an action-packed week, but it would be a crime if you didn’t. Our tour guide Cengiz Zorel is one of life’s enthusiasts, and is eager to show us the rich rich culture and history.

And it’s not the only spectacular water feature in town. Antalya is also home to the world’s longest tunnel aquarium, where sharks, rays and eels swim among the remains of a World War Two bomber.

The fish are a sight to behold at lunchtime, too. We sat down at Restaurant Aphrodite in Side’s old harbor.

The owner brought us a menu, then appeared with a giant tray of fish that had landed on the adjacent quayside hours earlier.

“How would you like it cooked?” he asked. Not used to anything other than breaded or battered cod out of the freezer, we simply replied, “Whatever you think.”

After tucking into a marvelous meze, out came platters of grilled sea bass, freshly fried calamari and langoustines in garlic. Oh, and a spectacular pomegranate salad.

Any restaurant that can make a 15-year-old lad declare enthusiasm for greenery deserves a parent’s praise.

At the Land of Legends theme park – visible for miles around thanks to its towering Disney-style castle – they take seafood literally: You dine in luxury INSIDE an aquarium. Best ride the park’s rollercoasters and aquapark before feasting, though.

Back at the all-inclusive Regnum Carya, there’s a three-times-a-day buffet. Hang on, upmarket food court would be more accurate. And pay a little extra and you have a choice of upmarket Turkish, Japanese and Italian cuisine on site.

After dinner it’s a sofa in the outdoor Green Bar for a Tina Turner tribute act, before the kids realize Dad is getting a little merry and can be beaten at pool in the Sports bar. Simply the best?

Dad can be easily beaten at eight-ball when he’s sober to be honest, but I got revenge on the air hockey and ten-pin bowling.

Ten-pin doesn’t really appeal to Mrs. H. But marbles do, the marble of the luxury Turkish baths in the hotel spa to be precise. Plus an indoor heated pool, hot tub, sauna and treatments galore.

Outside, the kids can explore the array of pools on site including wild wave pool, aquapark with slides and wild river kayaking.

The hotel keeps a herd, along with wild tortoises. As one of my kids quipped, “Never mind those farm animals, this holiday is the GOAT.”

They were right. Antalya re-charges your batteries and restores faith in old-fashioned hospitality.

In Britain, Hadrian built a wall to keep people out. In Antalya he built an arch to welcome them.

Some 1,900 years later, that welcome feels warmer than ever.

COVID: All holidaymakers will need to complete an online form. Fully jabbed travelers do not need to take any tests. But those who are unvaccinated must provide proof of a negative PCR test, taken withing 72 hours of arrival, or a lateral flow, taken within 48 hours of arrival.

GETTING THERE: Turkish Airlines flies direct to Antalya from airports including Gatwick, Heathrow, Manchester and Birmingham from £ 207 return. See turkishairlines.com.

STAYING THERE: Twin rooms at the Regnum Carya Golf and Spa start from £ 315 per night. See regnumhotels.com/en.