The former NFL player is on the defensive over contractor payments

A small contractor claims he’s heard nothing but promises and excuses from former NFL player JJ Wilcox after a big backyard renovation at his gated community. FOX 5 I-TEAM’s Dana Fowle has dozens of texts that went back and forth between the two.

BRASELTON, Ga. – Former NFL athlete JJ Wilcox is playing a different kind of defense right now. He is fending off allegations from a Georgia contractor who says he’s been ripped off.

Chris Pettite and his wife live in a modest home on a dirt road, and they run a small, family contracting business. The Pettites do small renovations like Decks and Landscaping as well as handyman work.

Texts that the Fox 5 I-Team has obtained between the two shows things were going well. The deck and the backyard look “amazing,” JJ Wilcox wrote.

“Did a retaining wall for him. Tore down a deck. Rebuilt a deck, and stained it, and so forth, and everybody was happy with the work. We just didn’t get paid for it,” Mr. Pettite said.

After almost six months waiting to get paid, Chris Pettite went to the police alleging “deposit account fraud,” a felony. A Braselton police report shows that Mr. Wilcox wrote the small business owners two checks for $8,000 a piece, but they both “bounced” … insufficient funds. A police investigator tells us there is an open investigation.

The business owners say they’ve never been paid a dime for the large project, which they say they paid for out of pocket.

“Not at all. Not at all,” Mr. Pettite told us. “Just broken promises.” 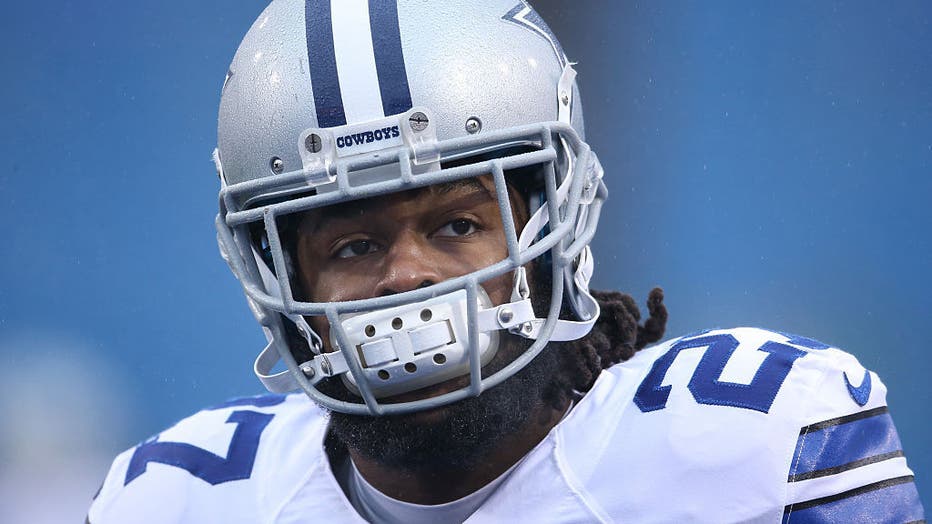 The FOX 5 I-Team chatted briefly with the former NFL player about why he hasn’t paid the Pettites for his renovated backyard and deck, asking if it was poor workmanship or lack of funding.

JJ Wilcox said, he’d “rather not say.” They then told us to ask Braselton Police the same question, so we did.

In the dozens of texts between the two men, which the police have, Mr. Wilcox does not express dissatisfaction with the work. But there was plenty of back and forth about lack of payment. The lead investigator said, “The texts speak for themselves.”

Chris Pettite and his wife Chantell are hard-working people who told us they spent their own money to make JJ Wilcox’s backyard look great. And it’s been a big, financial burden.

“We have a child in college yet, too, and that’s really messed us up because we have college payments to make, and so forth, and we’re trying to make her life better,” the businessman said.

Accomplishing Interiors doesn’t generally require money upfront, but rather mid-project draws, we are told. Those checks never came through, per the police report. Mr. Pettite said even though he felt like he wouldn’t get paid, he completed the job anyway because he said he didn’t want the homeowner to have an out by saying that he “didn’t finish the job.”

Meanwhile, late fees are mounting for Mr. Wilcox. I asked him if he planned to pay the company, and he said, again, to talk to the police.

Braselton PD can’t answer that. The Pettites have filed their police report, and while they wait, they may look for another legal solution.

“We’re probably gonna take out a lawsuit on him. We got to cover ourselves,” Chris Pettite lamented.

If the bank documents match the story the contractors’ tell, then the police will go to Gwinnett County about a possible criminal warrant.