Sometimes you have to battle more than the other team in sports. That has been the case recently for the Conard girls volleyball team, as sickness knocked out several of our starters in the lineup.

Thursday, with a full squad now available, the Red Wolves ran their record to 7-0 on the season with a straight-set win over Farmington. “This week some of our Younger kids got some playing time,” said head Coach Kerry Roller. “This was the first time this week we had everyone,” said Roller following the 25-12, 25-12, 25-18 win. 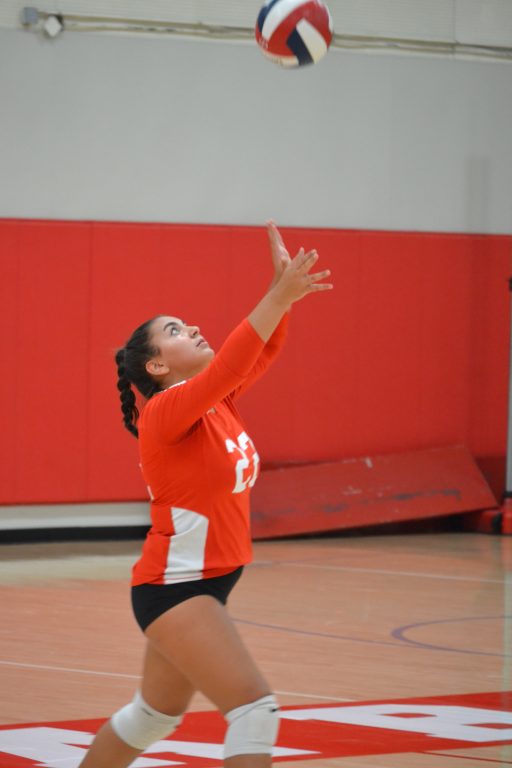 Against the River Hawks, Conard started slowly, but behind the serving of Elyssa Sevillano and the strong net play of Zahara Quarishi, AJ Sharpe, and Danielle DiGiacomo, the Red Wolves soon found themselves up 9-3 before the visitors took a time out. When play resumed, Sharpe and Nina Buczynski teamed up on a block for a point, and Quarishi had a put away from her outside hitter spot and it was 11-4 before Farmington regained the serve. 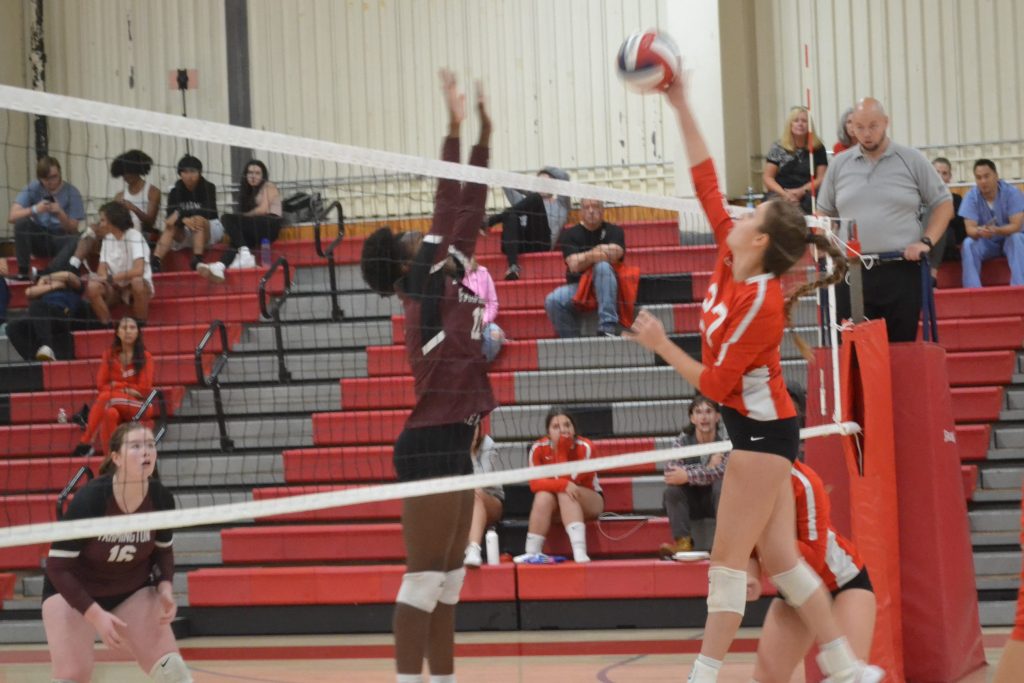 Conard would run off the first set’s final four points on serve for the 25-12 win. “It took time to get back into our rhythm,” said Roller of her team’s opening set.

The second set was tight, with Farmington up 6-5 when Lily Nguyen dove for the ball and got her fully-extended arm to it to keep things in play. The Red Wolves would win that point and take back the serve. “She is so versatile,” Roller said. 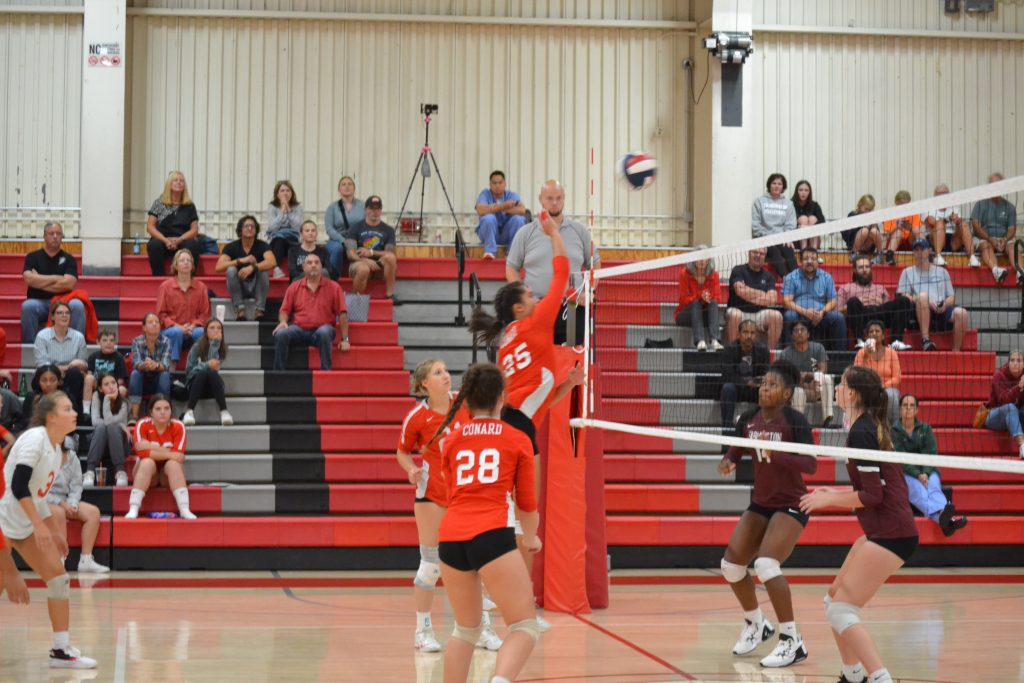 Conard pushed the lead to 16-6 on a winner by DiGiacomo, and then at 24-12 with Farmington serving, Gwen Arnold set up Sharpe at the net for the set winner.

Conard used crisp passing to set up many of their winners. Senior Nina Buczynski mixed up her sets to move the ball around and give her teammates opportunities.

With Conard looking to close things out in the third set, the River Hawks put on their best performance of the match. Brooke Jones stepped up her game in the middle for the River Hawks, mixing up strong smashes with timely shots that dropped just over the net, and Farmington trailed by just five at 15-10.

The visitors continued the fight for every point and were within three at 18-15, but that was as close as they would come. Nguyen served Conard to within a point of the match at 24-16 and the home side closed it out when Farmington served into the net at 24-18. 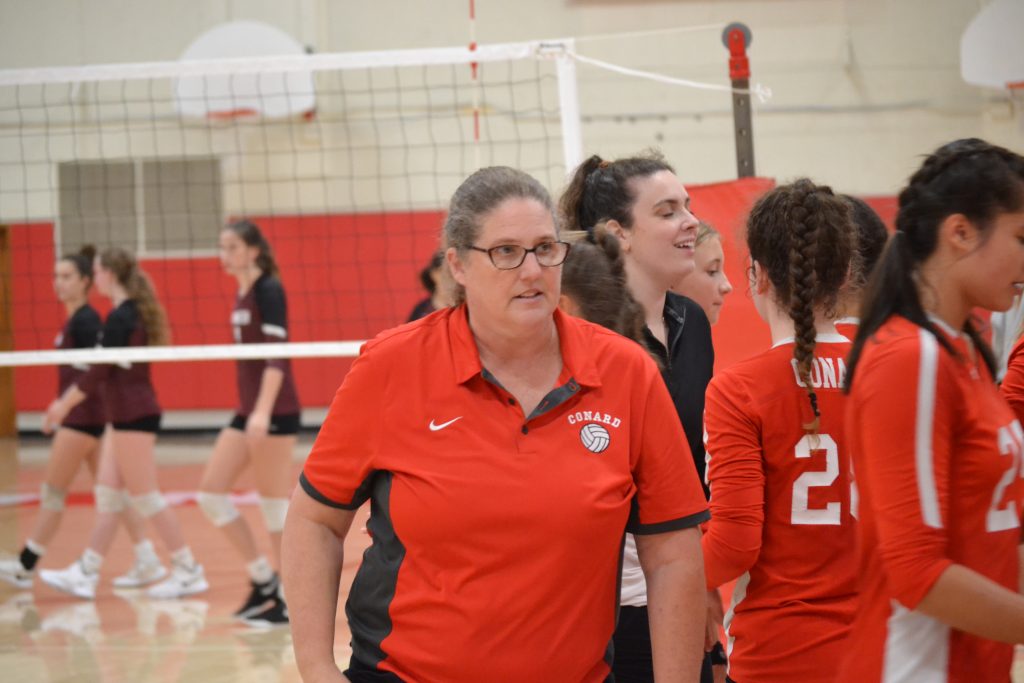 Coach Kerry Roller has her Red Wolves off to a 7-0 start. Conard vs. Farmington volleyball. Sept. 22, 2022. Photo credit: Paul Palmer

“Everybody has stepped up and supported each other to get the wins,” said Roller. With a mostly senior starting lineup, Conard has lost just three sets all season. Part of that success has come in slowing things down, according to Roller. “I’ve slowed them down a little so now they can go around the bigger blockers on the other side.”

Conard will host Southington on Wednesday in what should be a big test for the Red Wolves. Southington has just one loss – to RHAM – in its first five matches of the season. 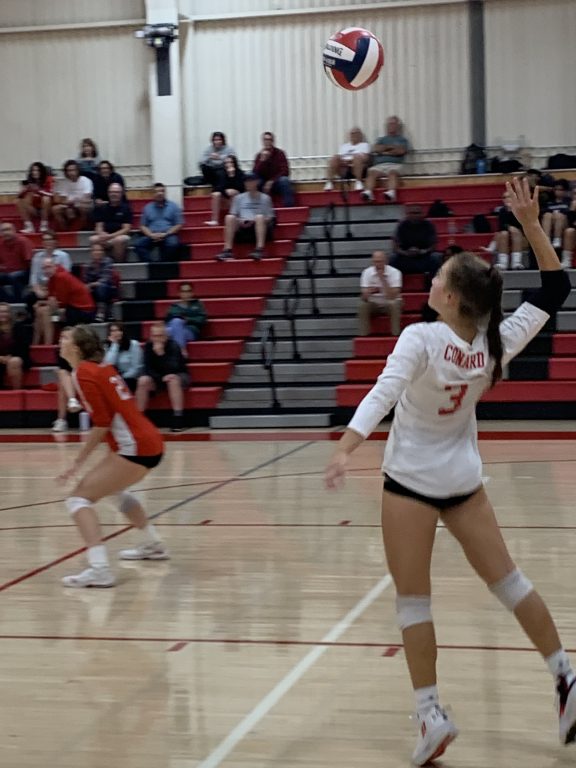 Like what you see here? Click here to subscribe to We-Ha’s newsletter so you’ll always be in the know about what’s happening in West Hartford! Click the blue button below to become a supporter of We-Ha.com and our efforts to continue producing quality journalism.