For months I’ve been crossing my fingers that Marvel’s ongoing Star Wars: Bounty Hunters comic book would wrap up its “Cadeliah” storyline, which started way back in issue #1 at the beginning of 2020. Basically Cadeliah is the star-crossed heir to two Rival Corellian crime syndicates (the Mourner’s Wail and the Unbroken Clan), and pretty much all of the many characters in this comic series have either tried to Capture her or protect her at some point.

I think Writer Ethan Sacks knows his Readers have been waiting for Cadeliah’s plot to come to some sort of conclusion, because he playfully teases at its dragged-out nature in some of the dialogue in Star Wars: Bounty Hunters #26, released today. 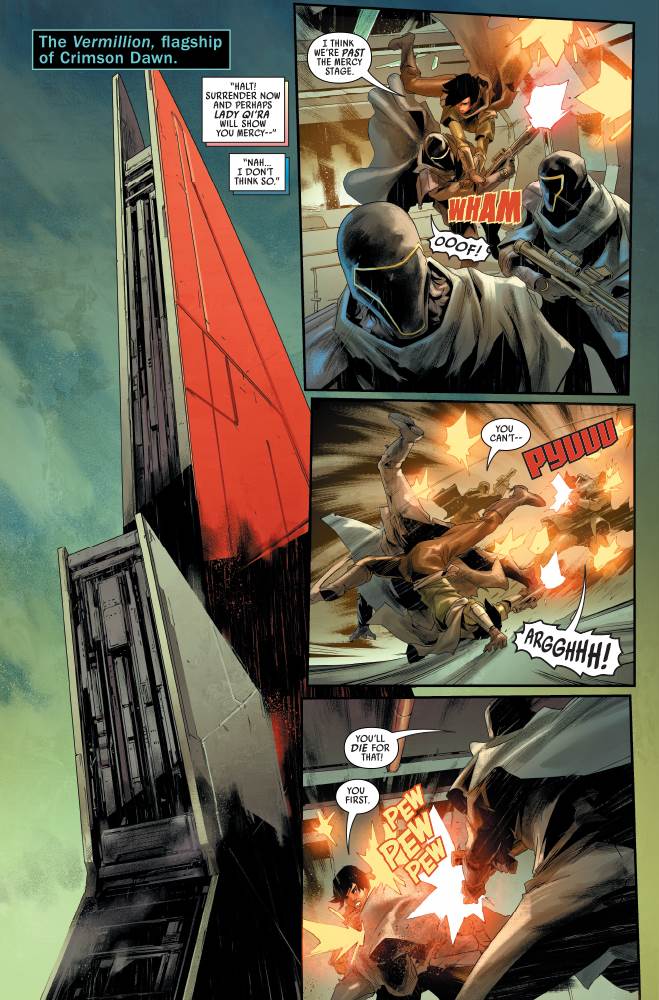 Naturally Bounty Hunters #26 begins where the previous issue left off, with the title’s current central character T’onga having infiltrated Crimson Dawn’s Flagship the Vermillion. Her companions were all injured in a battle with the Knights of Ren in #25, so they’ve headed back to their ship the Edgehawk, where T’onga’s wife Losha was left to watch over the captured General Vukorah (who has now of course escaped and is wreaking havoc on the vessel). Vukorah is attacked by the Nexu known as Furball and Kills the creature in self-defense, causing her to leave the Edgehawk in shame (apparently she loves animals and hates people). Meanwhile at an Imperial base, Lieutenant Haydenn makes a pass at poor conscript Valance in a Strangely melodramatic scene that marks the cyborg bounty hunter’s only appearance in this issue. Also on Nal Hutta (where the Vermillion happens to be parked), Dengar finds himself attacked and subsequently beaten to a pulp by Tasu Leech as Revenge for leading his crew into a trap. But the real meat and potatoes here concerns T’onga finally finding her way to Cadeliah, who’s being held in Crimson Dawn custody, thanks to the agent named Margo. 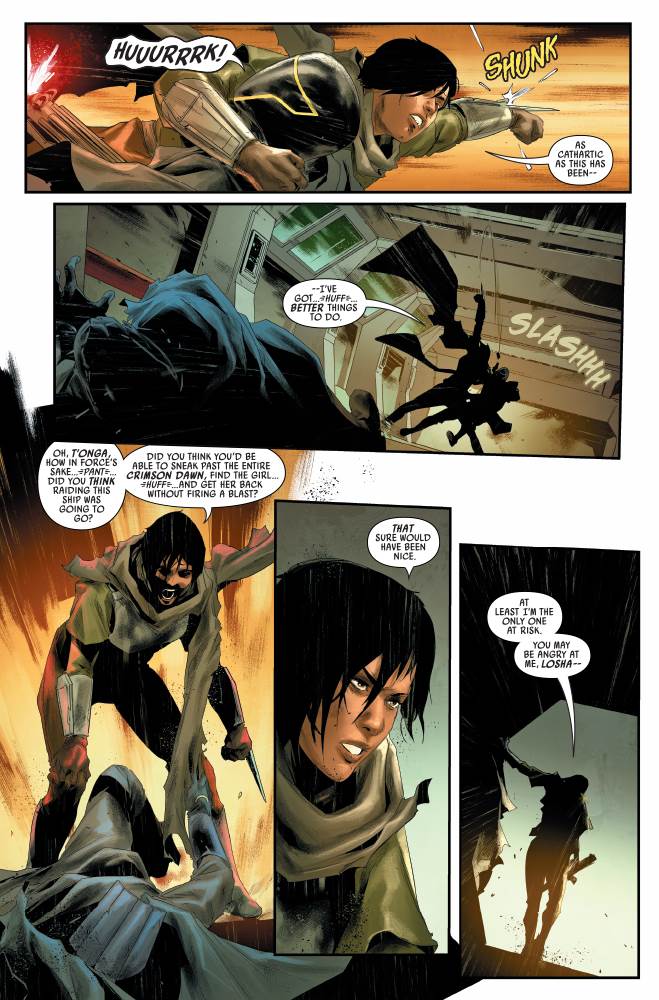 But as soon as T’onga is ready to escort Cadeliah out of the Vermillion, the young girl surprisingly reveals she doesn’t actually want to leave. Turns out Cadeliah is just about as sick of being pursued and/or rescued as Bounty Hunters fans are of reading about it, and after the lights come up to reveal Lady Qi’ra and her cohorts watching over the conversation, a climactic confrontation leaves T’onga broken. So while I don’t think we’ve seen the last of Cadelah, at least we know she’s chosen her place for the time being, and I don’t like the Twist that this seemingly unending mission actually culminated in T’onga and her team being reluctantly Hired by Crimson Dawn– it’s an interesting way to demonstrate the methods by which Qi’ra breaks people in an effort to have them join her cause. I also think this might mean Bounty Hunters will get back to some actual bounty hunting, which is exciting, even if it is in the service of Crimson Dawn for the time being. I’m guessing this is all building towards the events of Charles Soule’s next Qi’ra-centric crossover event Star Wars: The Hidden Empirebut for now I’d say this was a fairly satisfying and deliciously downbeat final chapter of the “Raid On the Vermillion” arc. 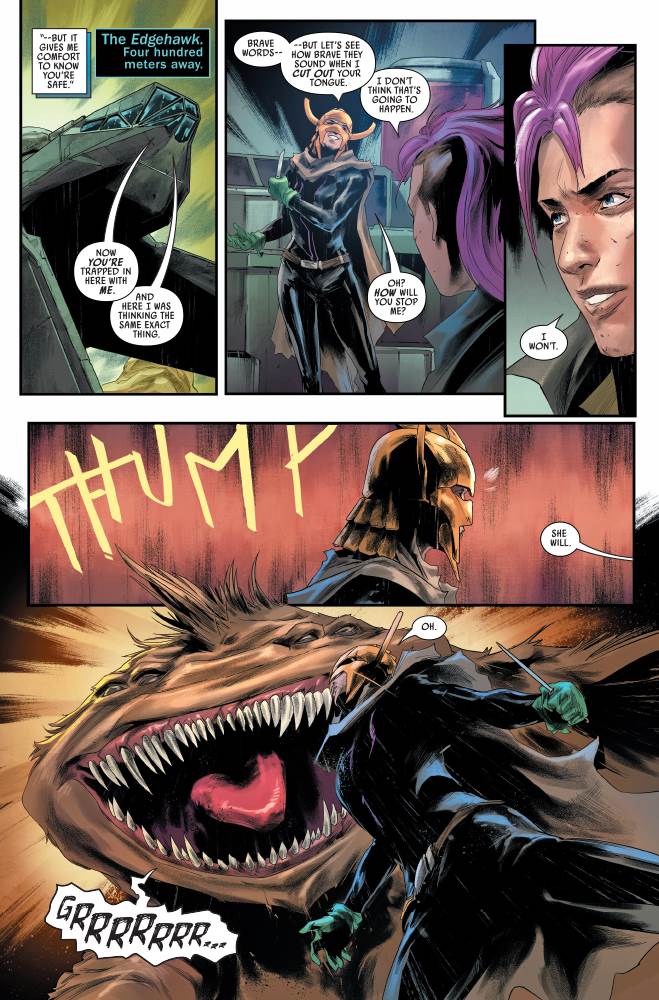