Jeers to Hockey PEI for its lack of willingness to work with parents and coaching staff who were concerned for the well-being of their children and players. The parents and coaching staff of the Charlottetown Abbies U11 rec hockey team had decided it was in the best interest of their kids to forfeit an April 7 game with another team after their last game against the team resulted in alleged aggression and harassment towards officials and children. on the ice. Instead of offering an empathetic response to the parents’ decision or offering to try and work things out, Hockey PEI threatened to suspend the team for the rest of the season and suspend the coach for a year. Hockey, like any other sport, should be for the enjoyment of the kids playing it. As the authority of hockey on PEI, when kids say they are no longer interested in their sport because of the experience they are having, Hockey PEI should work to fix that experience, not threaten them for the sake of getting the game played. 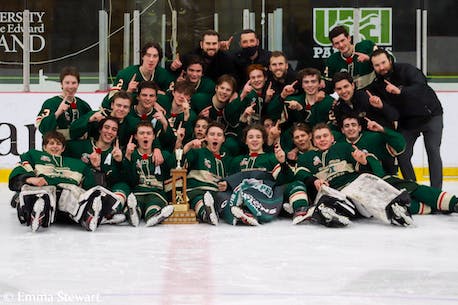 Cheers to the Mid-Isle Matrix and Central Attack of the PEI Under-18 AAA Male Hockey League. The two teams needed seven periods to decide a winner in Game 4 of the best-of-five championship series at MacLauchlan Arena in Charlottetown on April 20. The game took more than four hours to play, which led Attack head coach Morgan Rice to say that people run marathons faster than it took to play the game. When all was said and done, the Matrix skated off the ice with a 4-3 victory and a 3-1 series win. Most importantly, this was a great and much-needed showcase for the sport on PEI – two teams giving everything they had while playing hard-nosed but clean hockey. Considering some of the unfortunate stories that have come out of hockey on PEI during the 2021-22 season, the Matrix and Attack provided a much-needed distraction for all the right reasons.

Jeers to Charlottetown city council for not ensuring CAO Peter Kelly’s job evaluation was done on time. Initially, council decided a review of the CAO’s work would be completed annually, but that was later changed to every two years. His last review was completed in 2019, which means it’s long overdue. The CAO position is one of the most powerful at city hall and the evaluation should never have been allowed to slip through the cracks. A review may find there are no issues with Kelly’s work, but council will never know if it’s not completed. If councilors decided the review was needed every two years, they should also have realized it wasn’t done. What else are they missing under their watch?

Cheers to retired Sherwood Elementary teacher Glen MacEachern, who took his classes on memorable field trips where they got to participate in such activities as banding eagles. One of the eagles banded by Grade 6 students in June 2000, was recently found dead near the Tracadie area – 22 years after being banded. It had lived the longest of any banded eagle to be recorded on PEI Former students of MacEachern remember these outings and commented on the social media posts about this story, many of them saying MacEachern was their favorite teacher.

SaltWire Network welcomes letters on matters of public interest for publication. All letters must be accompanied by the author’s name, address and telephone number so that they can be verified. Letters may be subject to editing. The views expressed in letters to the editor in this publication and on SaltWire.com are those of the authors, and do not reflect the opinions or views of SaltWire Network or its Publisher. SaltWire Network will not publish letters that are defamatory, or that denigrate individuals or groups based on race, creed, color or sexual orientation. Anonymous, pen-named, third-party or open letters will not be published.