In true Soulsborne fashion, Elden Ring features a wide array of ranged weapons, all capable of making their presence known on the battlefield. But what is the best Bow in Elden Ring? To answer that, as well as to help all the ranged enthusiasts currently journeying throughout the Lands Between, here are the top 10 bows and crossbows in Elden Ring, ranked. 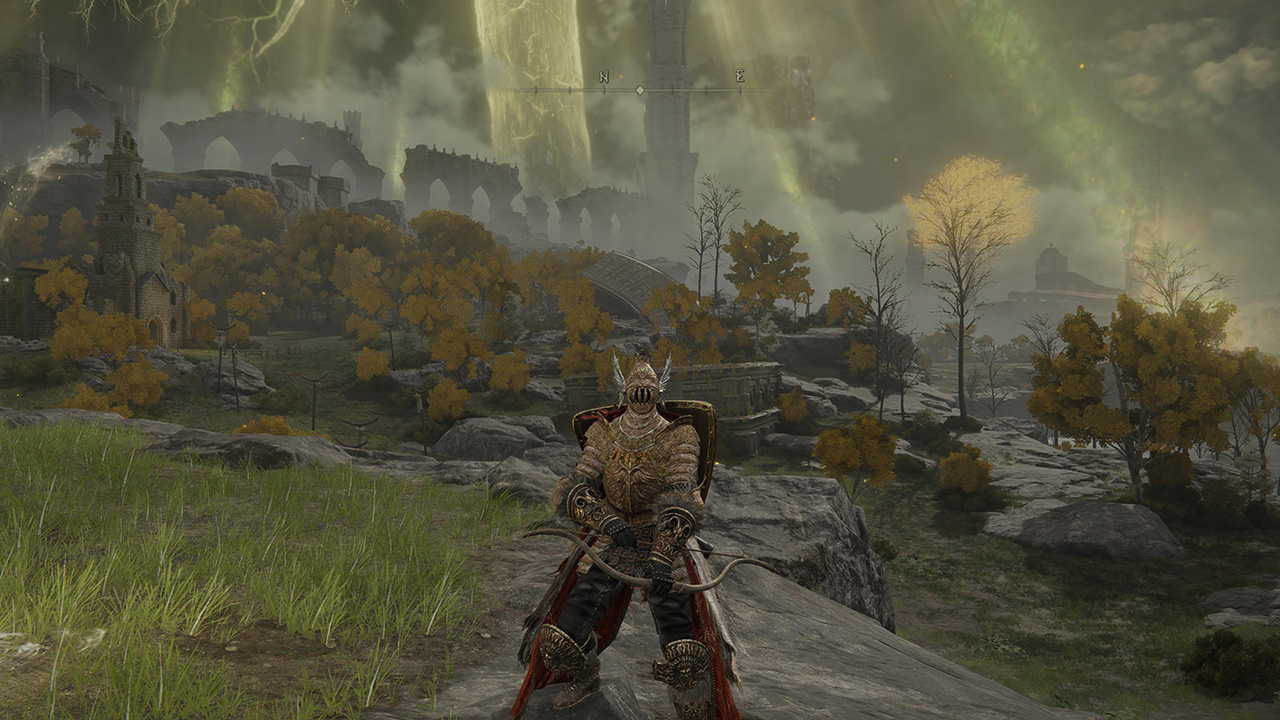 To begin our list, we have the Shortbow, a light bow available as part of the starting gear of the bandit class. Initially, there was no plan to include the bow on the list, but the short bow clinched his spot as the representative of the light bow class thanks to its adaptability and low requirements of 8 Strength and 10 Dexterity. 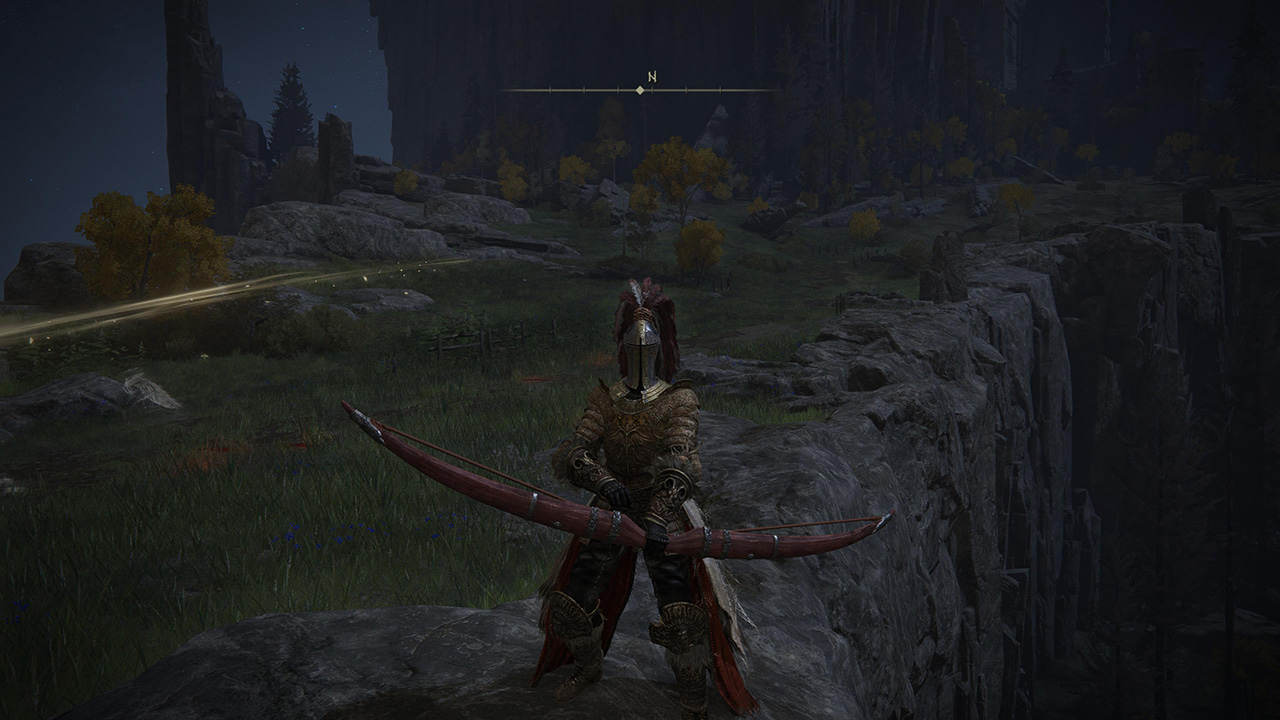 Possibly the first Greatbow players will find in their journey. The Greatbow is capable of dealing with large amounts of damage in exchange for mobility. Just as with the Shortbow, the strong suit of the Greatbow lies in the fact that the weapon is both easy to get and highly adaptable.

You can get your hands on a Greatbow by defeating Radahn Knights in Fort Gael. One can also be found on Highway Lookout Tower. To wield the bow, players will have to have at least 20 Strength and 20 Dexterity. In the eighth place, we have the Erdtree Bow, an ideal choice for those looking for a bow that can fit both Dexterity and Faith builds alike, while also allowing its wielder to stay mobile. The bow is capable of dealing with both physical and holy damage and can be further empowered by making use of Holy arrows.

The Erdtree Bow can be acquired by opening a chest on the second floor of the Erdtree Sanctuary area, located on the Royal Capital of Leyndell. To wield the Erdtree Bow efficiently, players need to have 8 Strength, 12 Dexterity, and 14 Faith. 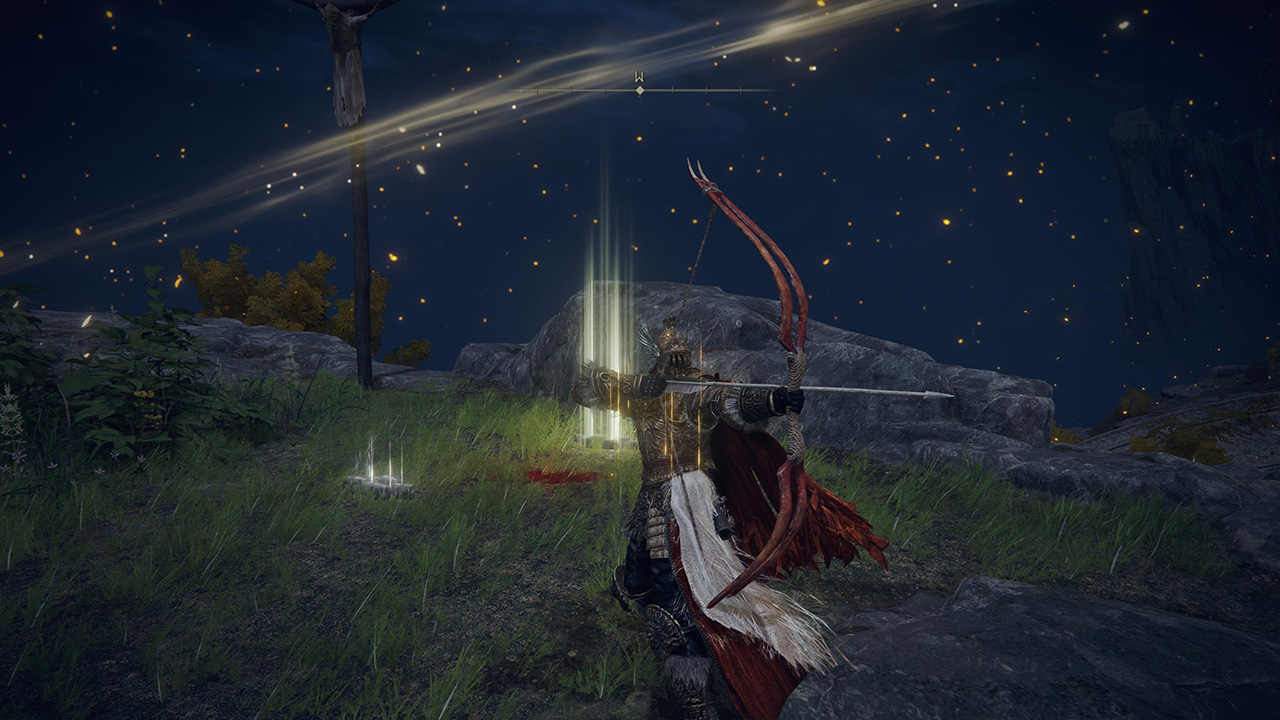 You will be able to get the Horn Bow by interacting with a corpse on Sofia River. To wiled the Horn Bow efficiently, players need to have 10 Strength, 14 Dexterity, and 12 Intelligence. 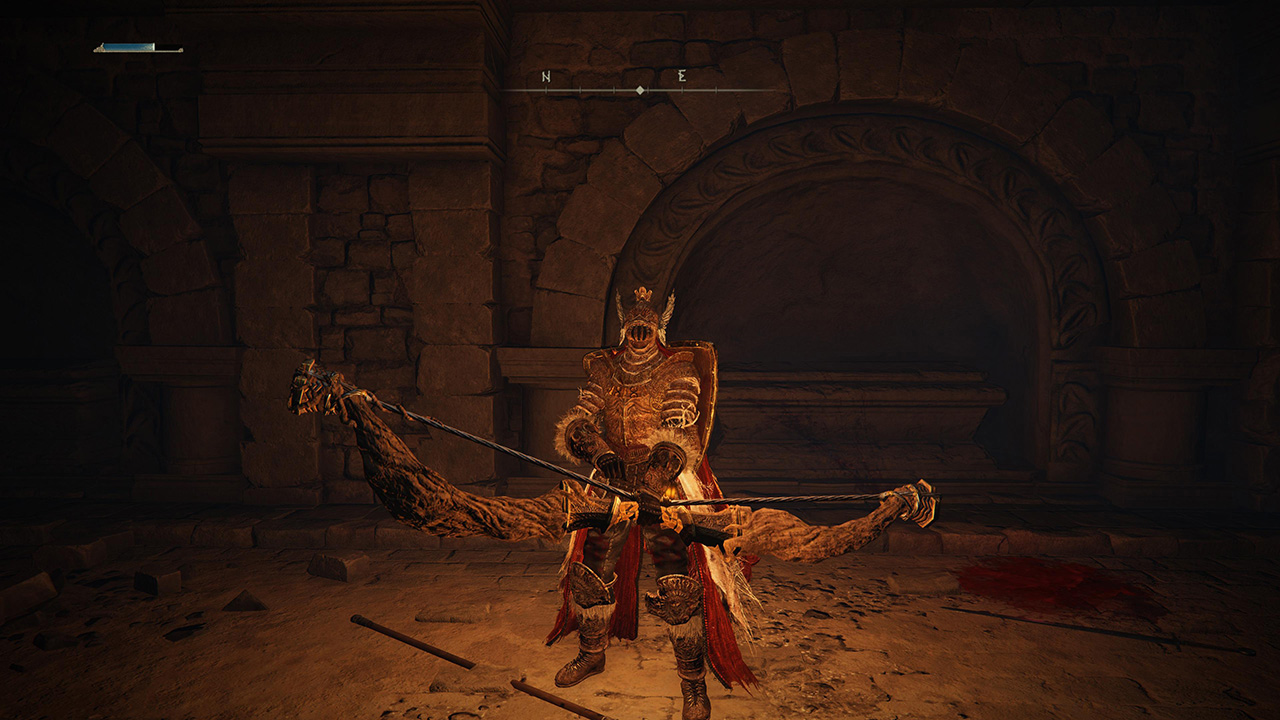 The Greatbow version of the Erdtree Bow, the Erdtree Greatbow’s biggest strength lies, as with its normal-sized counterpart, in its ability to deal with both Physical and Holy damage to targets, even if, to be able to shoot its arrows, players will have to sacrifice mobility. Another plus of the bow lies in the fact that even Dexterity and Strength-focused builds will be able to wield it without heavily investing in Faith, thanks to its requirement of 20 Strength, 14 Dexterity, and 14 Faith.

You can get the Erdtree Greatbow in Elden Ring by destroying the chariot who will, undoubtedly, make your life a living hell on Fringefolk Hero’s Grave. 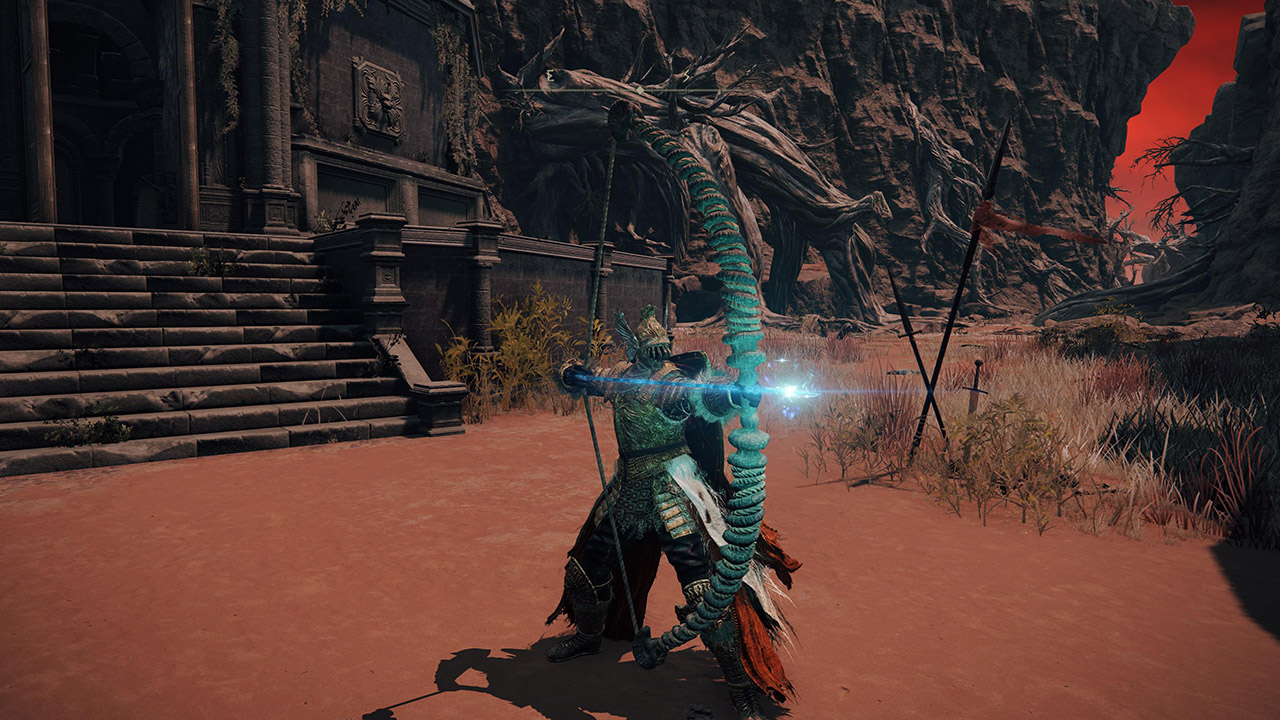 Considered by many as the ultimate version of the Greatbow, the Golem Greatbow shines thanks to its ability to deal massive damage, which is possible thanks to both its flat number output and its good scaling with Strength. With that said, overall, the Golem Greatbow is, when handled by the right build, a weapon capable of falling even the mightiest of Dragons.

You will be able to get the Golem Greatbow by defeating the many Golem Archers scattered throughout the Lands between, as the weapon is a possible drop from them. To wield the greatbow efficiently, however, players will need to have 24 Strength and 18 Dexterity. 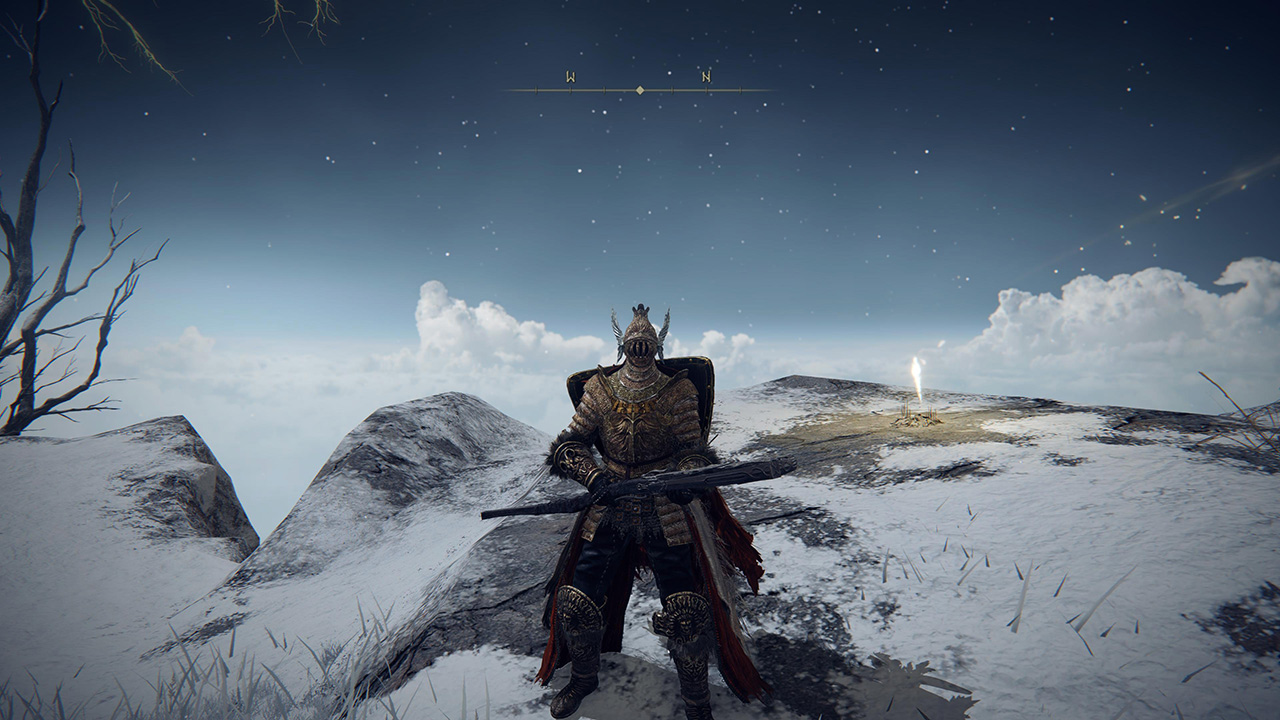 Considered by many as the best crossbow in the game, the Crepus’s Black-Key Crossbow thrives in the fact there are no requirements for its use. It’s important to point out that not having requirements means that the weapon also does not scale with attributes.

With that said, the Crepus’s Black-Key Crossbow won its place on the list thanks to its ability to deal heavy and consistent amounts of damage, as well as its utility when facing far-away targets. To get the crossbow, players need to unlock the first sealed door at the Roundtable Hold, which can be done by using a said number of Stonesword Keys. 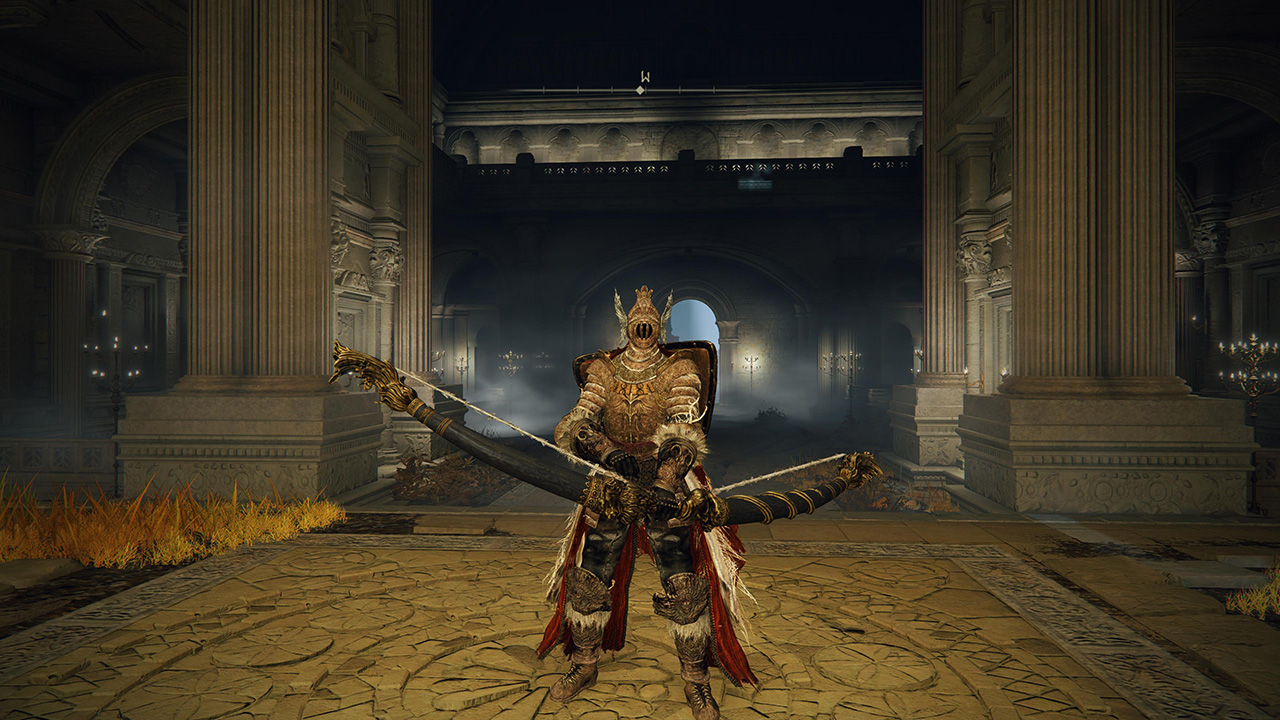 The only boss weapon on our list, the Lion Greatbow, given to only those who managed to prove their might and defeat the demi-god Starscourge Radahn, can be considered one of the most destructive bows in the game, thanks to its weapon skill ” Radahn’s Rain ”, which allows its user to rain down gravitational arrows on their targets, dealing massive damage. It’s important to point out that, to be able to truly showcase the potential of the weapon, players need to be using Radahn’s Spears as great arrows.

You can obtain the Lion Greatbow by exchanging a Remembrance of the Starscourge with Enia, on the Roundtable Hold. To wield the weapon efficiently, players must have at least 22 Strength and 18 Dexterity. 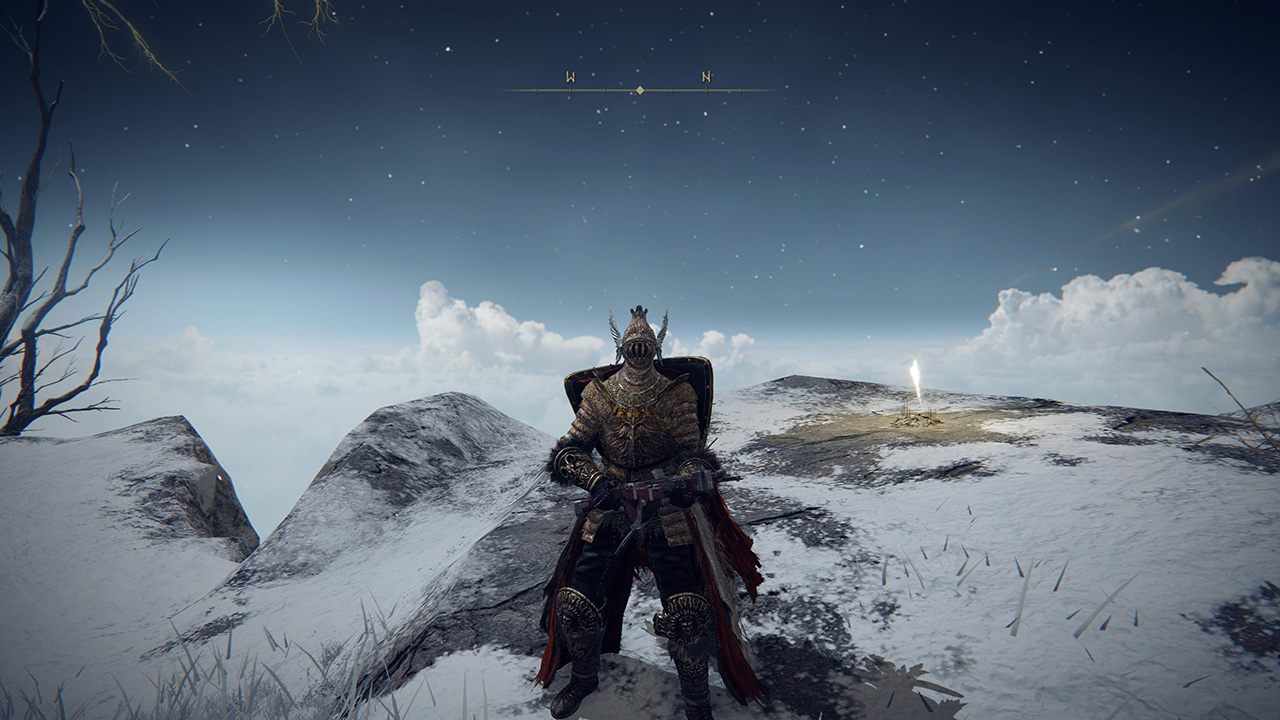 The closest thing Elden Ring players will find to an automatic ranged weapon, the Pulley Crossbow won its place on our list thanks to its ability to shoot three bolts at once, a feature that allows players to not only deal high damage but also inflict status ailments to enemies with only a few changes.

You will be able to find the Pulley Crossbow in the area surrounding the Site of Grace located on Craftsman’s Shack. To wield the weapon, players need to have 16 Strength and 16 Dexterity. The starting bow of the Samurai class, as well as the best bow in Elden Ring, the Longbow can be considered as the base model of its class, but it’s thanks to that fact that he shines the brightest, as the Longbow is capable of fitting every build in the game extremely well, while also dealing great amounts of damage.

If you did not choose the Samurai as your starting class, the Longbow can be purchased from the Twin Maiden Husks for 1,200 Runes. To wield the bow efficiently, you will need to have 9 Strength and 14 Dexterity.

Elden Ring is currently available for PlayStation 4, PlayStation 5, Xbox One, Xbox Series X / S, and PC, exclusively via Steam. You can check out our review of the From Software’s newest epic here.

More on Attack of the Fanboy: