The Thailand Institute of Justice (TIJ) has teamed up with the Badminton Association of Thailand (BAT) to organize an art exhibition aimed at supporting ex-prisoners in their return to society.

The “Beauty of Opportunity” exhibition features watercolor paintings inspired by prisoners’ stories and the importance of providing social-reintegration opportunities to people who have made mistakes in life.

The stories were shared through productions from artists in various media including photography and street art. Artists also related the incarceration experience under the concept of “Opportunities and Sports”. 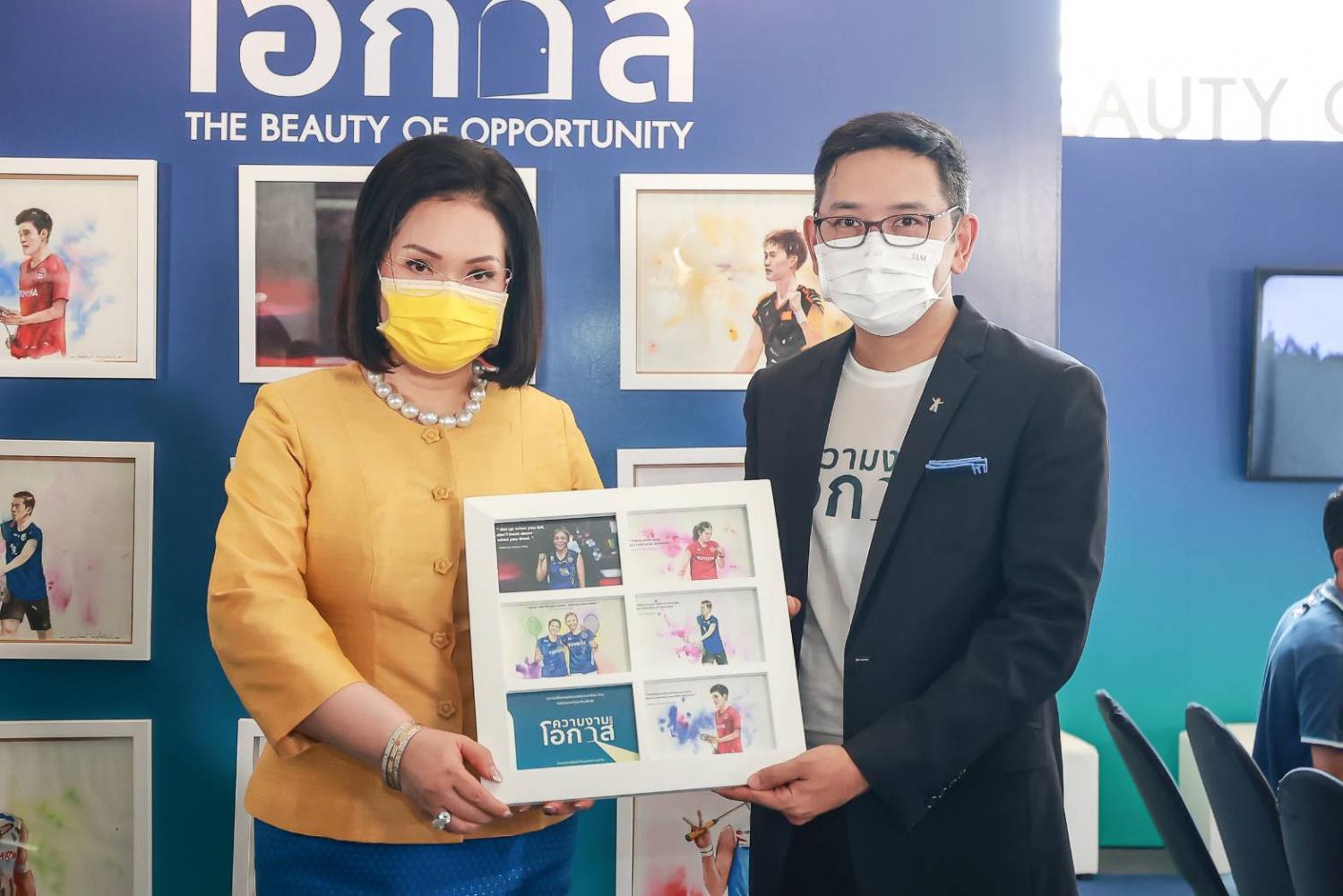 The exhibition is being held in front of the Impact Arena stadium and is open during the Total Energies BWF Thomas & Uber Cup Finals 2022 on May 8-15 and Toyota Gazoo Racing Thailand Open 2022 on May 17-22.

The exhibition was initiated by BAT president KhunyingPatama Leeswadtrakul, who is also a member of the TIJ board.

KhunyingPatama said the association had cooperated with the TIJ to give prisoners the chance to start a new life and present an exhibition that represents the backgrounds of those who had previously made mistakes.

KhunyingPatama, who is also a member of the International Olympic Committee (IOC) and vice president of the Badminton World Federation (BWF), said the exhibition project was proposed to the BWF and the federation agreed, allowing the exhibition to be presented amid international tournaments with Aim the project will deliver benefits to society outside of any commercial purposes.

“The association stands in support of those giving social-reintegration opportunities by offering sport as an alternative option for people who previously made a mistake,” said KhunyingPatama.

Chontit Chuenurah, director of the TIJ’s Office for the Bangkok Rules and Treatment of Offenders, said the exhibition was formerly organized at Chulalongkorn University Centenary Park.

There, it presented the background stories of ex-convicts who struggled to start new lives in society. 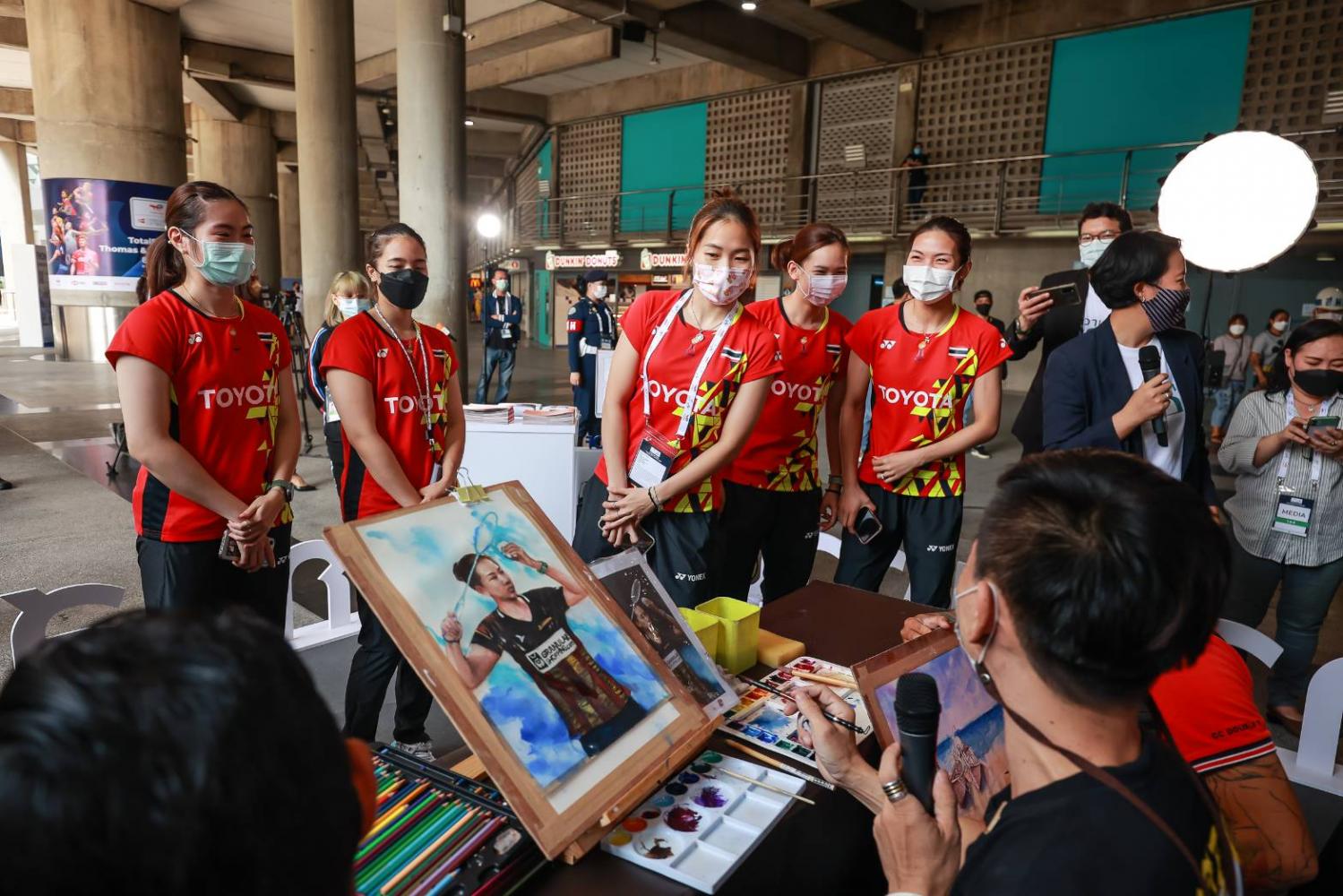 hey, that’s us: The national Thai female badminton team look at portraits of themselves before they went on display at the ‘Beauty of Opportunity’ exhibition at Impact Muang Thong Thani.

The stories were told through paintings drawn by many artists including Anuchit Khamnoi, owner of the “Kiwtum” Facebook page, and street artist Norarat Thawin-anan, alias “Abi”.

For instance, the Hourglass painting, drawn by Abi, was inspired by prisoners’ handwritten letters in which they reflected on their lives in prison while awaiting freedom.

“We see that sports are important for our body and mental state and can create positive conditions for prisoners to move on,” said Ms Chontit.